A witness told us the driver was fine, and later NOPD put up cones and caution tape to alert others. 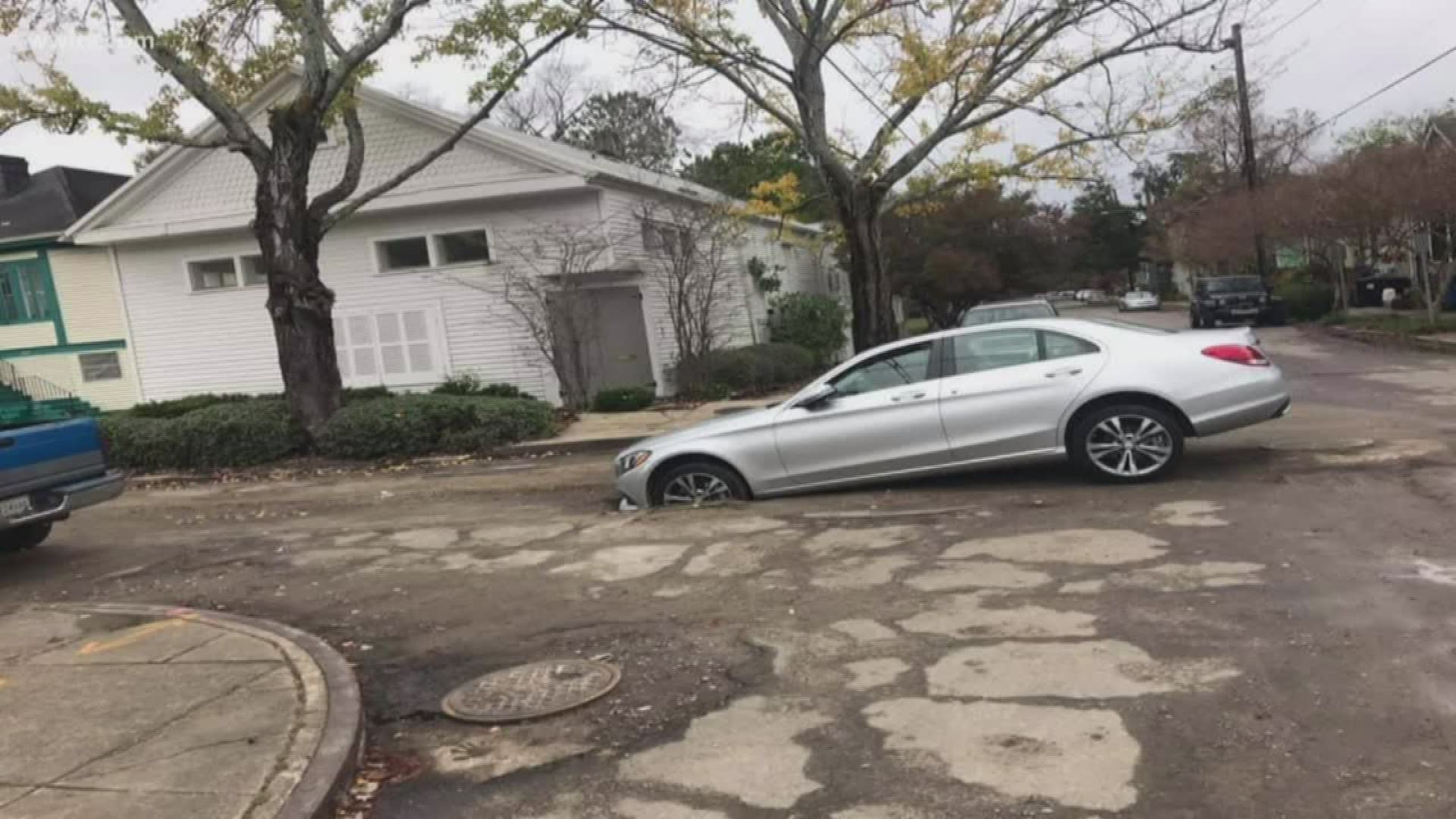 Residents living in the Carrollton area raised safety concerns Tuesday about potholes in their neighborhood, after a New Orleans driver got stuck in a massive one on Fern Street.

“We get to experience a lot of them (holes) on this street, but this one takes the cake,” said Margaret Leaf, a driver passing by.

“It could be a tank trap if you really wanted it to,” said Juan Parke, a neighbor who lives next to the large hole on Fern and Cohn streets.

This latest hole didn’t trap a tank — but rather a Mercedes Benz. A witness told us the driver was fine, and later NOPD put up cones and caution tape to alert others.

Still, neighbors were worried another car might go right in again.

“If you are driving at night — that could be really really bad,” said Parke. “It’s actually good when you see it,” said Leaf. “It’s when you don’t see it that you break the axle on your car.”

Just last June, a sinkhole roughly five feet deep opened up a literal stones throw away on Fern street between Green and Hickory streets. Back then, the S&WB confirmed that it was from a sewer line that cracked, and crews eventually fixed it.

“It was either (a) sewer or water line that caused the first pothole not to long ago,” said Parke. “It started two blocks down and it seems to just be migrating this way.”

We called S&WB about the newest hole. They told us they would look into it. For now, it’s a mystery hole leaving neighbors scratching their heads.

“They haven’t told you what caused it?,” asked WWLTV’s Paul Dudley. “No. (They said) just that they’ve been working on sewer lines and then they said water lines.”

Neighbors here were glad the driver was OK and trying to cope with the bad roads by finding the humor.

“It adds a certain amount of drama. I will say that,” said Leaf. “But my main concern is that Santa sticks to rooftops this year because I am afraid if he hits the streets we are going to have reindeer all over the place.”