"It might have been the biggest hog we've been upon," Colton Roberts said. "But never expected to catch one that big." 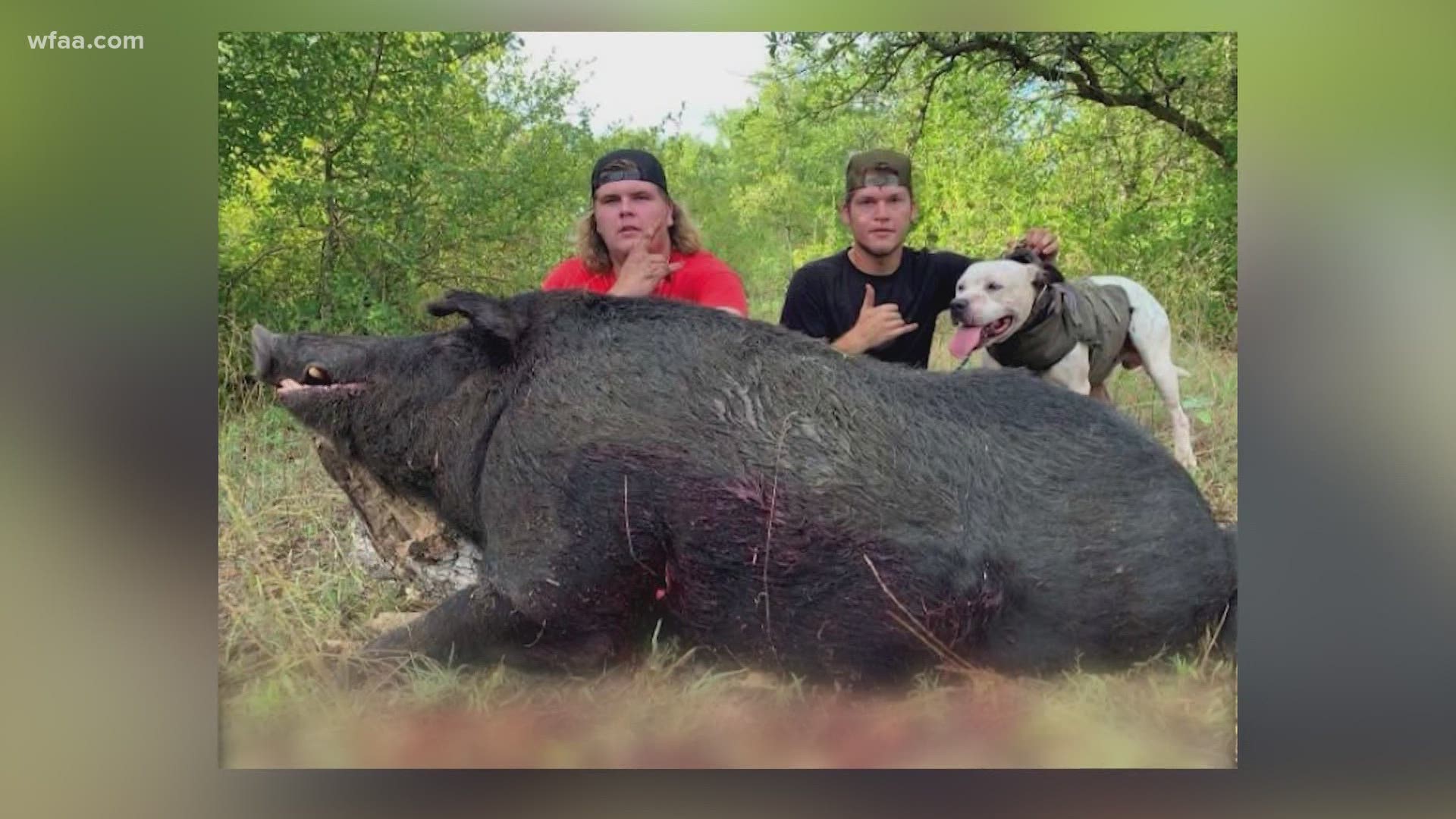 PROCTOR, Texas — There are a few less feral hogs in Central Texas today, and there are two young men curious if their Wednesday morning outing in Comanche County just might have set a wild boar record.

Nathan Wright, 17, and Colton Roberts, 20, were using dogs to hunt wild hogs near Proctor two hours southwest of Dallas. Their chosen method, one of many that are legal in the state of Texas, was to use dogs to chase and attack the feral hogs and then, with the animal cornered, dispatch it with a knife. Of the three wild hogs they killed that morning, one wild boar tipped the scales at 460 pounds.

"It might have been the biggest hog we've been upon," Colton Roberts said. "But never expected to catch one that big."

And whether you choose to call it a "game" or a hunt or a harvest, by day or night, on the ground or from the air, it is a hunt that is strongly encouraged by the state of Texas. There are an estimated 2.6 million feral hogs in Texas. They breed as early as six months of age and, distributed throughout the entire state, cause billions of dollars in crop and field damage each year. As an unprotected, exotic, non-game animal, they can be hunted, without limits and with no hunting permits necessary, with landowner permission any day of the year.

"They're a big nuisance down here," Wright said of the feral hogs that regularly cause damage in suburban neighborhoods as well. "Everywhere you have corn you're gonna have hogs. They're gonna tear it up."

As for what you do with a hog like this, there are processors near San Antonio who sell the meat as a delicacy in Europe.

"If they're good eaters we're always gonna eat 'em," Roberts said. "But those big boars like that, they're too nasty."

Nasty, and this one, potentially a record. But with a couple million more still on the run.