Residents say the hope is to turn the space underneath the interstate into what it was so many years ago: a hub of activity for public use and economic development. 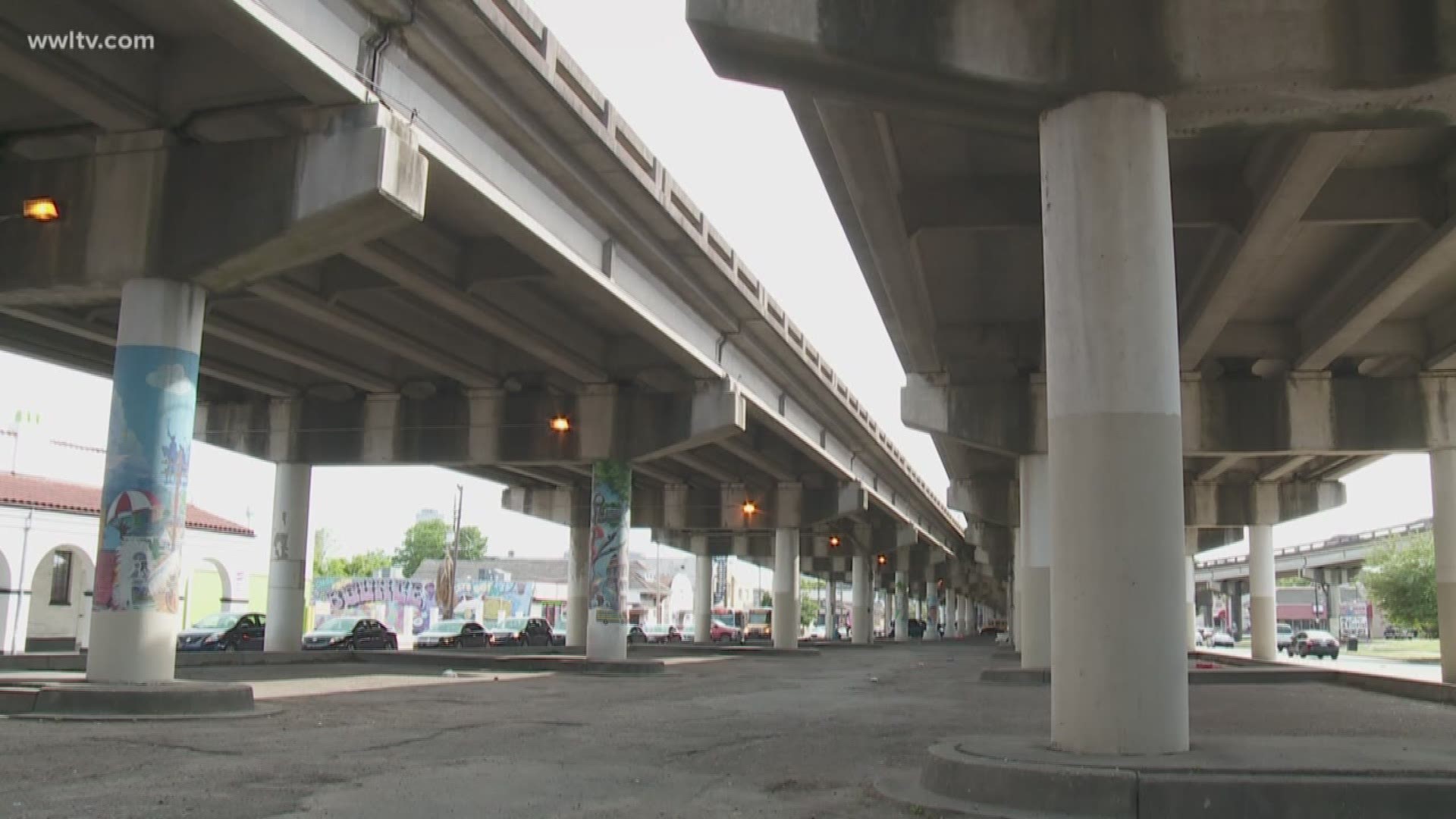 NEW ORLEANS - A project is in the works to revitalize the corridor along North Claiborne Avenue. It's in the early stages, but those behind it say new life is being pumped into what was once a vibrant neighborhood.

The North Claiborne Avenue corridor is changing and people are excited.

"I think it's going to have a lot of positive impact on the community," said Akella Larry.

The project looks to transform about 20 blocks into an area that will showcase the cultural treasures of the neighborhood, a place that'll become the 'Cultural Innovation District.'

"This project is by, for and of the residents of this neighborhood," said Asali DeVan Ecclesiastes with the New Orleans Business Alliance.

Ecclesiastes says the hope is to turn the space underneath the interstate into what it was so many years ago: a hub of activity for public use and economic development.

People blame the addition of Interstate 10 in the 1960's for decimating locally-owned African American businesses, which is why many say they're very excited about this project.

"What the bridge did was create a separation," said Tracy Williams-Corrales.

Williams-Corrales is the owner of Addiction Coffee among other places on North Claiborne Avenue. She says things changed when the interstate came in.

"It was a tight-knit community where you could interact with people," she described. "You had parks, stores, businesses, it was life it had energy."

That energy, she feels, wasn't entirely lost. However, the sense of community was. This project though she hopes will change that.

"Looks like it's going to bring a piece of that separation back for having a place for people (to) come, sit, sell their art, food, music and just share themselves," she said. "To get the opportunity to at one point or another believe that we'll see people sitting under there with grass and life. I'm nothing more than excited."

It's a hope that's also felt by many others.

"I think that we could never go back to what it was," said Ecclesiastes. "What we can do is recapture the opportunities that were there, recapture the energy that was there."

For more information go here or to the New Orleans Business Alliance website.