Chef offers lunch with a tough question to increase awareness

Chef Tunde Wey is using food to urge his customers to become more aware of the income disparity along racial lines. 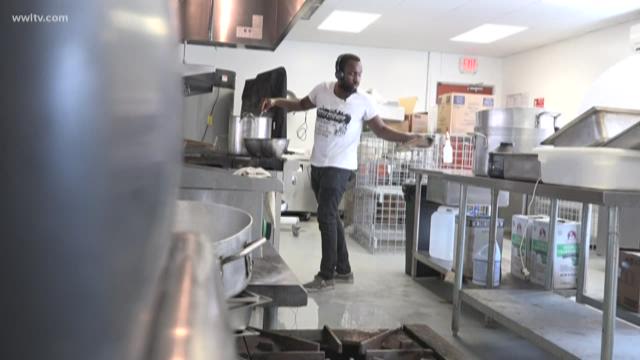 NEW ORLEANS -- Twelve dollars might seem like a lot to one person, but to another it could be a cheap lunch.

Chef Tunde Wey is using food to urge his customers to become more aware of the income disparity along racial lines. As part of a new experiment, he’s asking customers to pay a different price based on how they self identify.

The pop up restaurant, Saartj, started at the beginning of February. Chef Wey hopes one lunch there will change the way his customers see wealth and income disparity.

Located at Roux Carre, a food court in Central City, customers are welcome to discuss income disparity along racial lines with the chef and each other. After the talk, Chef Wey suggests people of different ethnic backgrounds pay different prices.

Wey says it’s only a suggestion. The point isn’t to charge people based on the color of their skin, but to raise awareness for how income affects people’s choices and decisions.

"Imagine our expenses. Our more frequent expenses are pegged to the income of folks at the lower end of the spectrum, and anybody who makes about that pays a premium, almost like a progressive tax, so nobody is made to pay more, you're given a choice, about whether you want to pay more,” Wey said. “So it's a way to imagine the world as equitable."

As part of the experiment, volunteers from Tulane University’s School of Public Health are interviewing customers about their experience. The results will be presented at a town hall meeting held at Propeller, an incubator space, on March 15.