"Entergy has corrupted the process. It's just outrageous." 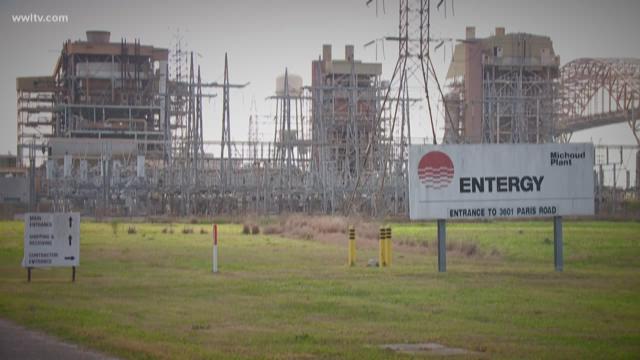 A group of people against the Entergy power plant gathered in front of City Hall Wednesday. They had strong allegations against Entergy New Orleans that could result in a lawsuit against City Council.

And here’s why: this group says Entergy New Orleans, or one of its supporters, paid people to attend the last City Council utility committee meeting and take up several seats for ratepayers who are against the $210 million gas plant proposal.

Rev. Gregory Manning of Broadmoor Community Church said, “It says that Entergy’s customers are not valued, not appreciate, that their voices do not deserve to be heard.”

Actor Andrew Wiseman, who had a role in the show Treme, says he was one of those paid supporters.

Wiseman says he heard about the gig through one of his acting buddies. He said they weren’t told what they were going to be doing before they walked in the council meeting. After the meeting, he was paid $120 in cash.

Entergy released a statement saying in part, “seats were available on a first-come, first-served bases and Entergy New Orleans did not pay anyone to attend.”

Even if they had, it may not have been illegal.

"It wouldn’t be a crime for Entergy to hire people to come to a meeting, however, it would be unethical,” Loyola University Law Professor Bill Quigley said

Quigley also says the council violated public meetings law by shutting dozens of people out the meeting despite empty seats inside.

New Orleans City Council Member-at-large Jason Williams disputed that claim saying that is “inaccurate and misstates the facts. The committee was committed to making sure that every member of the public who wanted to speak had that opportunity."

“The council is making the decision that benefits profits over people and we want to stop that," Johnson said.