"Entergy right now is facing a major integrity problem, and we're going to launch an investigation to figure out what happened during those hearings and then proceed accordingly afterwards." 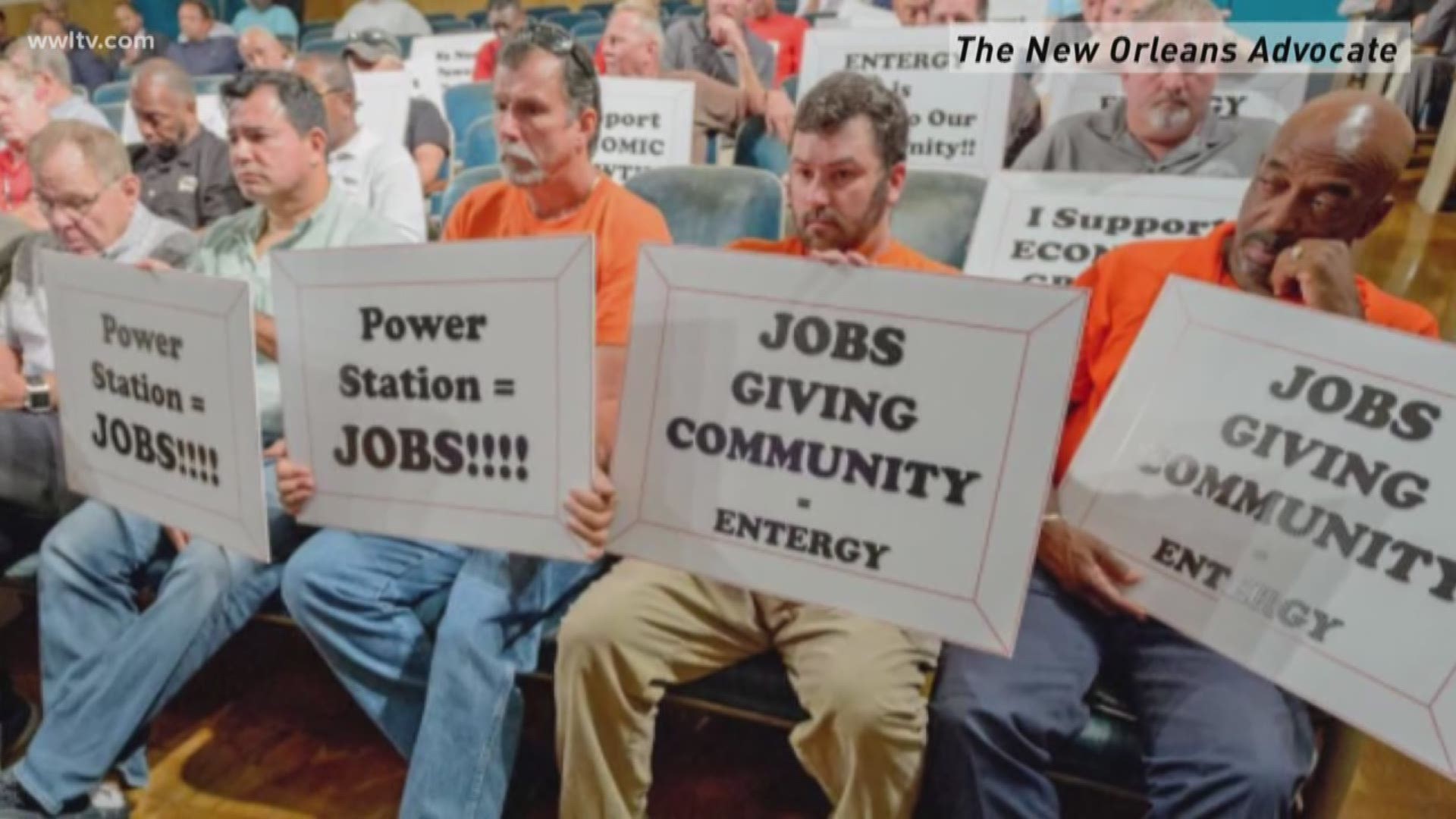 Moreno and the rest of the members are making it clear to Entergy New Orleans that they are getting to the bottom of the paid actors scandal.

The letter directs the company to "maintain and preserve all evidence" related to the paid actors allegations, to keep all emails, text messages and voicemails, as well as contracts and agreements tied to any third-party.

See below for the full letter:

Letter to Entergy from Council 5.16.18 by WWLTVWebteam on Scribd

"From then, we will move forward towards our investigation and making sure we get the documents that we request and more than likely execute our subpoena powers. We as regulators of Entergy have that power and it has not been used by the power, our subpoena powers in quite some time," Moreno said.

In a statement last week, Entergy denied that they hired paid actors to attend city council meetings and show support for the $210 million power plant.

The company claims it hired the Hawthorn Group to gather supporters and without its knowledge the Hawthorn Group hired Crowds on Demand, who, according to Entergy's investigation, is responsible for paying the people who showed up at council meetings.

"Entergy right now is facing a major integrity problem, and we're going to launch an investigation to figure out what happened during those hearings and then proceed accordingly afterwards," Moreno said.

Monique Harden is the Assistant Director of Law and Policy with the Deep South Center for Environmental Justice.

"While it's important that the City Council letter that they issued today to Entergy, opening up a path towards investigation is important, it's very important that we recognize that the right of New Orleans residents were violated," Harden said.

Harden's organization, along with Loyola Law Clinic and Earth Justice sent a letter to the City Council Monday, asking members to look into possible violations of the public meetings law.

See below for the full letter:

Request to Council for Rehearing - Paid Actors by WWLTVWebteam on Scribd

"When people are turned away at the door, when people were not able to fill out comment cards because of the way in which those paid actors were used, by Entergy and those contractors, that created those major violations," Harden said.

Moreno says that because of the pending litigation, she cannot comment on Harden's letter at this time.

Entergy released a statement regarding the council's investigation:

"We agree public discourse about important projects such as the New Orleans Power Station must be rooted in integrity and transparency, and we will cooperate with the New Orleans City Council in its investigation. We understand the concerns expressed by members of the City Council. As our internal investigation confirmed, Entergy did not authorize or direct any person or entity to pay individuals to attend or speak at City Council meetings. Those regrettable actions were taken by a subcontractor to a firm we hired to assist with local grassroots support, and the hiring of that subcontractor was in violation of our contract. We recognize that we are ultimately responsible for the actions of people working on our behalf, and we have outlined immediate steps we are taking to ensure that this situation does not happen again."