"This was a lady who had tremendous grace under fire, tremendous courage and a great sense of humor as well." 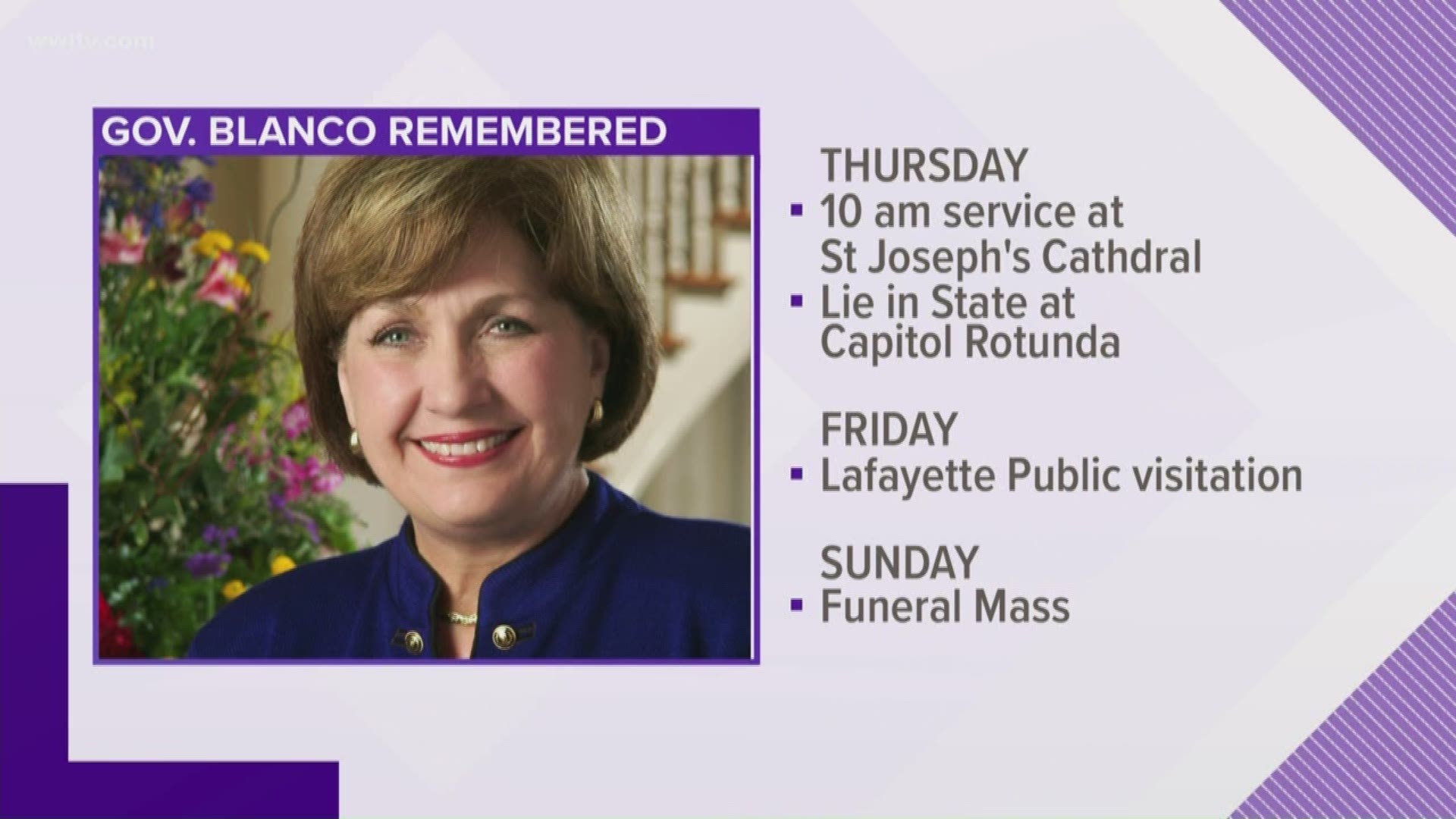 NEW ORLEANS — Also weighing in on the death of former governor Kathleen Blanco is WWL-TV political analyst Clancy DuBos. He talked with anchor Paul Dudley Sunday night on the phone.

Dudley: We knew that Kathleen was battling this long cancer battle, but still a shock tonight to learn that she did pass. What was your general reaction when you heard the news today?

Clancy: Well, I knew it was coming but like everybody else it still sadness. This was a lady who had tremendous grace under fire, tremendous courage and a great sense of humor as well. She always knew how to conduct herself especially when times were tough."

Dudley: And what do you think some of the highlights were from her time as governor?

Clancy: She got her start in life as an educator, and her husband was an educator. She showed a tremendous commitment to improving education in Louisiana, not only as governor but before that when she started out as a state representative."

Dudley: Her family released a statement today saying that they feared and that she feared that she would only be remember for her response to Hurricanes Katrina and Rita, but you think that she will be certainly remembered for much more than that and history will be kind to her.

Clancy: Absolutely, I think history will be very kind to Kathleen Blanco. While she was judged very harshly for her immediate response in the immediate aftermath of Katrina, once everybody, including the governor and the legislature got some traction, she was the one who pushed through not only the reforms in education but also the reforms of the levee board, combining local levee boards into two regional flood control authorities and combining the City of New Orleans' seven offices into one.