Eyewitness News introduces one man who is working to shatter stereotypes. 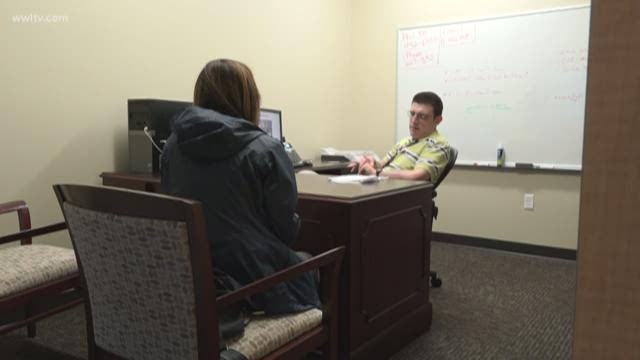 NEW ORLEANS -- Step inside Stuart Simon's office and you'll hear a lot of typing. It sounds like he's going a thousand miles per a minute. And as soon as he's done with one project...

"There are other big projects on the whiteboard you see behind me," Simon said.

All of it is very technical. Write the wrong code and that could mean big problems. That's already hard enough, but there's something else.

"I do have mild cerebral palsy in addition in addition to autism spectrum disorder," Simon said.

But what Simon wants you to know is there are many more people who have disabilities like him. And they are all capable of high level work.

"I’m living the dream of being a working, talking example of what successful advocacy can get you and where it can get you," Simon said.

The problem he says is employers overlook people with disabilities, but his boss says his skills are indispensable.

"He does things that we wouldn't be able to do," Susan Killam said.

Killam helps lead the center where Simon works. The Center's focus is to help people with disabilities from early childhood to adulthood.

"But a lot of the service models are, take care of the patient, should people with disabilities work?" Killam explained.

"Just like all of us go to work for an income and if we're lucky we get to do work that we like to do," Killam said.

Simon wants the system to change so more people like him can learn advanced skills.

"Their typical jobs are for example stacking in grocery stores," Simon said.

And that's why he's speaking out to raise awareness.

"Right now as I sit here, I see myself as another person just working."