Could we soon face a trade war?

In May, President Donald Trump announced he plans on imposing tariffs on aluminum imports coming in from Europe, Mexico and Canada. It's a move which is likely to impact Louisiana. 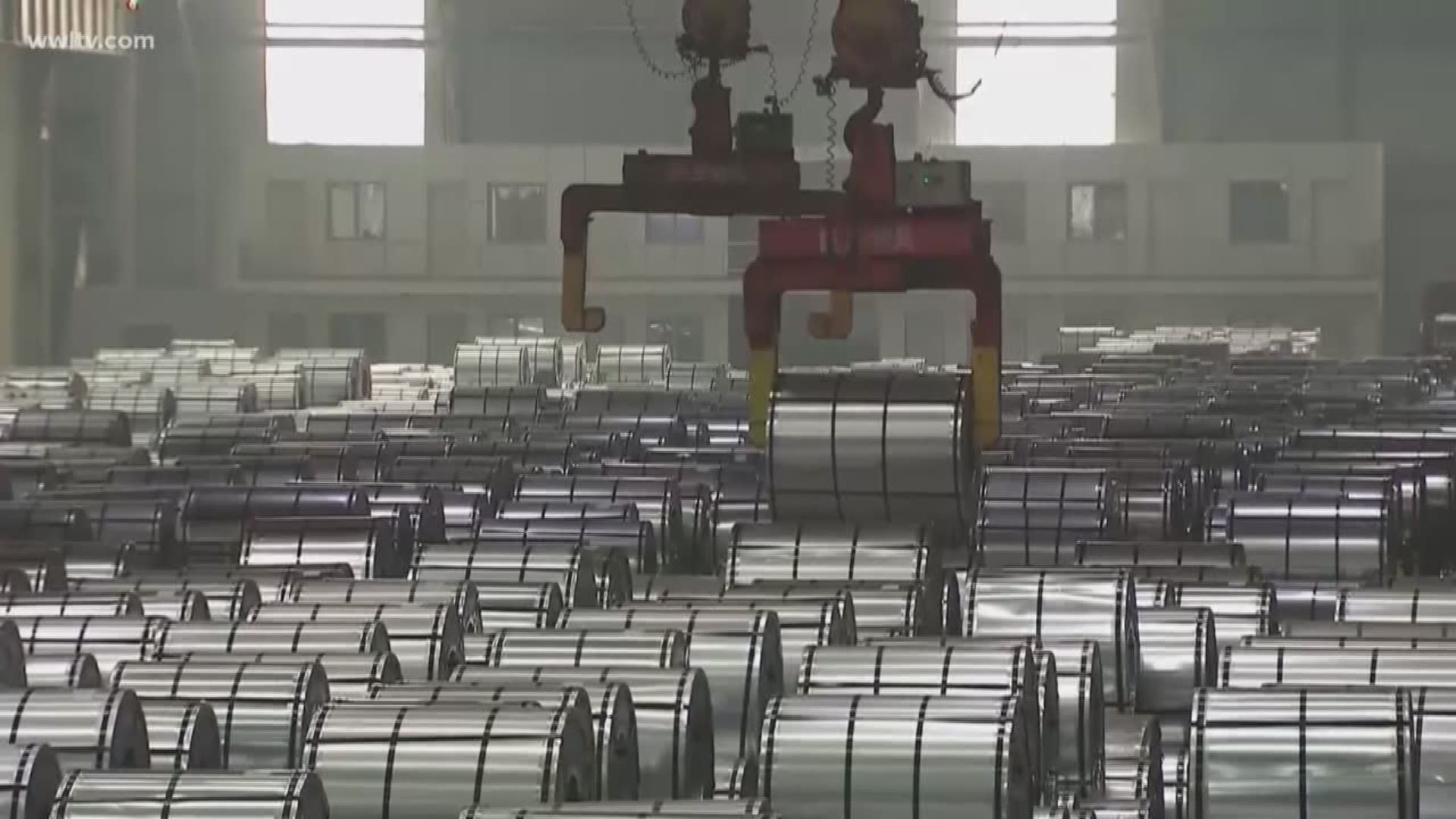 NEW ORLEANS - It goes without saying that the Mighty Mississippi River has been a bustling route for importing and exporting goods throughout the state.

It is the reason why Paul Aucoin, Executive Director of the Port of South Louisiana, is monitoring the international business world every day.

Tariffs or taxes that are placed on imports and exports, are increasing around the world.

In May, President Donald Trump announced he plans on imposing tariffs on aluminum imports coming in from Europe, Mexico and Canada. It's a move which is likely to impact Louisiana. It's alarming, but Aucoin says there is no need to panic just yet.

"There was a Bloomberg article that says we're trembling and spooked. I don't know where they got that word from, but we're not trembling. If there are some trade tariffs or tariffs that are imposed we'll deal with it," Aucoin said.

"For years now, decades and decades it has been an unleveled playing field. So the way to finesse this is to figure out how to make that playing field more leveled without going into a trade war, that could be really bad for all parties," Rusovich said.

If it happens, we could be impacted in different ways.

Consumers could also see prices go up on certain goods.

"I mean, Wal-Mart, would have a lot of goods coming in from China. So if those China goods have tariff's against them, clearly the consumer would see that average price go up when he or she goes shopping," Rusovich said.

For now, the threat of a trade war is not set in stone, but it is something to definitely be aware of.