"The least we can ask for is that the DA does his job and makes sure these men are tried for their crimes," Anthony Magrette's twin sibling, Angela Magrette said. 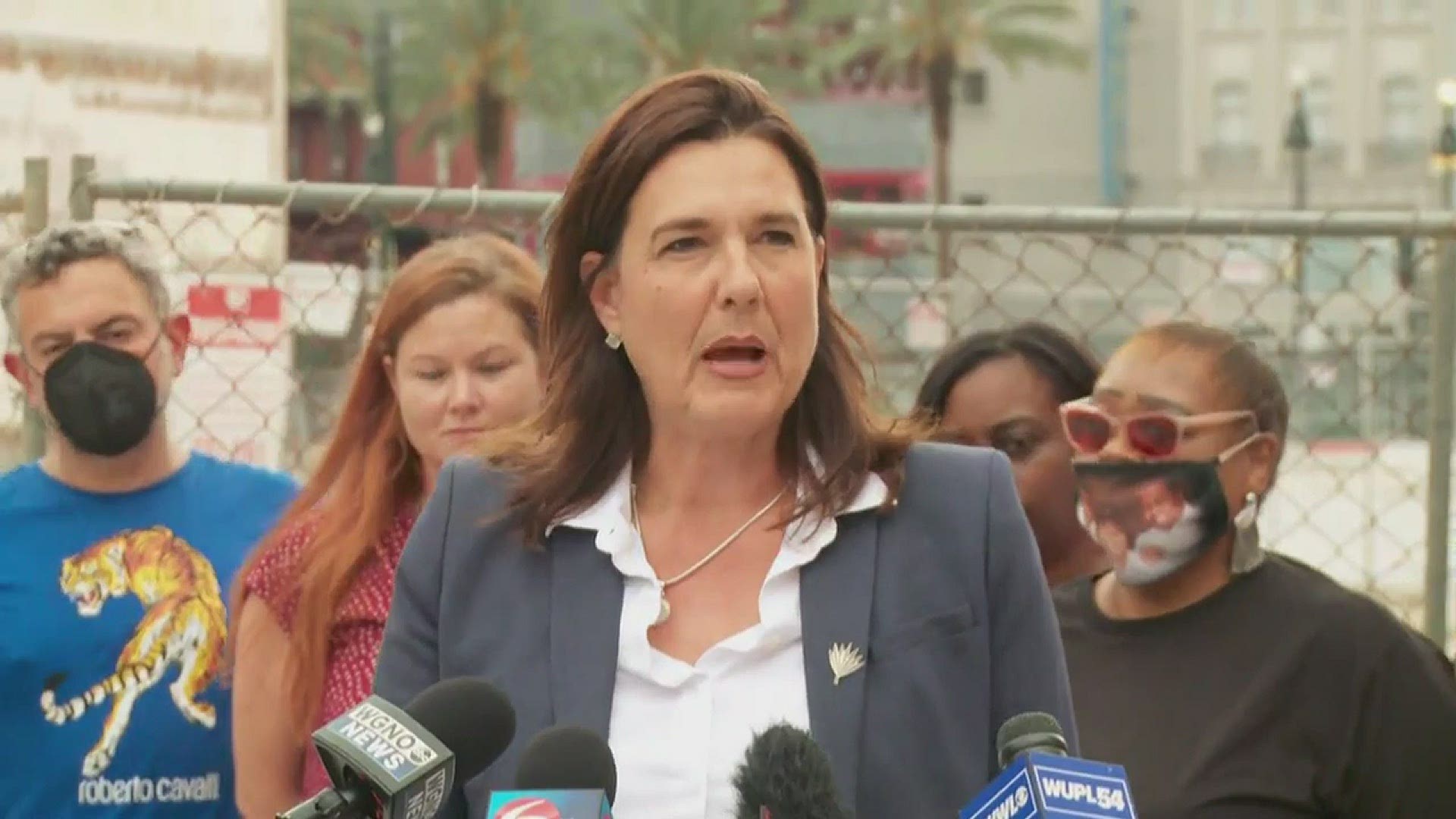 NEW ORLEANS — A New Orleans city councilwoman wants Hard Rock Hotel developers and contractors to face criminal prosecution for the death of three workers who were killed in the hotel's collapse in 2019.

“Our District Attorney can make a strong statement that he is on the side of the workers of New Orleans by not allowing the people responsible for killing Jose, Anthony, and Quinnyon to walk away scot-free,” Palmer said. “What does it say to our residents about the values of their lives if no one else in our city government is calling for justice and accountability.”

Jose Ponce Arreola, Anthony Magrette, and Quinnyon Wimberly died in the October 2019 collapse, and more than a dozen others were injured.

“We need all elected officials in New Orleans to join us in demanding that these men are held accountable for their actions,” Magrette said. “My brother lost his life because these wealthy companies were breaking the law to make money. We are devastated, and our lives will never be the same. The least we can ask for is that the DA does his job and makes sure these men are tried for their crimes.”

The Occupational Safety and Health Administration cited multiple failures and violations of the building contractors that led to the unfinished hotel’s collapse.

“We know that the building’s workers repeatedly asked management to follow health and safety measures and to check the structural integrity of the site, and they refused to act," Palmer said. "New Orleans workers died because these men cut corners to make money. We have to be serious about stopping all types of violent crime, and that includes crimes committed by wealthy developers.”

Palmer also called on the City's Office of Inspector General to release the findings from their investigation into the collapse.

“There is no reason that the OIG report shouldn’t be finished by now. It’s just not acceptable that the report hasn’t been released to the City Council and the public. I’m calling on the DA and the Inspector General to take action and move this investigation forward," Palmer said.

“1031 Canal Development’s workplace safety measures were so grossly inadequate that people died,” Palmer said. “Allowing these developers whose negligence killed and injured our community members to just start all over again is not an option. These developers have shown that they are willing to put New Orleans workers at risk for the sake of profit, and I can’t in good conscience allow it to happen.”

Mohan Kailas sent the following letter to the City Council, asking them to vote against the measure:

I strongly urge you all to vote for deferral on zoning docket number 29/31- City Council motion M-21-69.  I understand there is a host of misinformation surrounding this issue, so I wanted you to hear the facts directly from me.

The two most certain ways to kill a project are to devalue its feasibility or to add the risk of extended delays.  Losing the ability to build to a height of 190’ at 1031 Canal Street will extend this project’s timeline indefinitely or end the deal outright.  Revoking the 190’ height will irreparably harm the Hard Rock deal.

Our goal is to build in the same confines of our original ordinance, with a new contractor and a world-renowned engineering team.  Our goal is not to add additional land sites to the project (“red zone” sites).  We want to re-build as expeditiously and safely as possible, within the confines of the conditional use, lest the deal completely falls through.

The local hospitality market is facing the most grave challenges due to the global pandemic.  Projects have been cancelled or shuttered across the City.  I respectfully request you to vote to defer this motion.

It benefits no one to put this site in an indefinite limbo, killing a project with an international brand which would annually generate millions of dollars of tax revenue for the city and create hundreds of jobs.