Cracks develop in case against Marines accused of gang rape 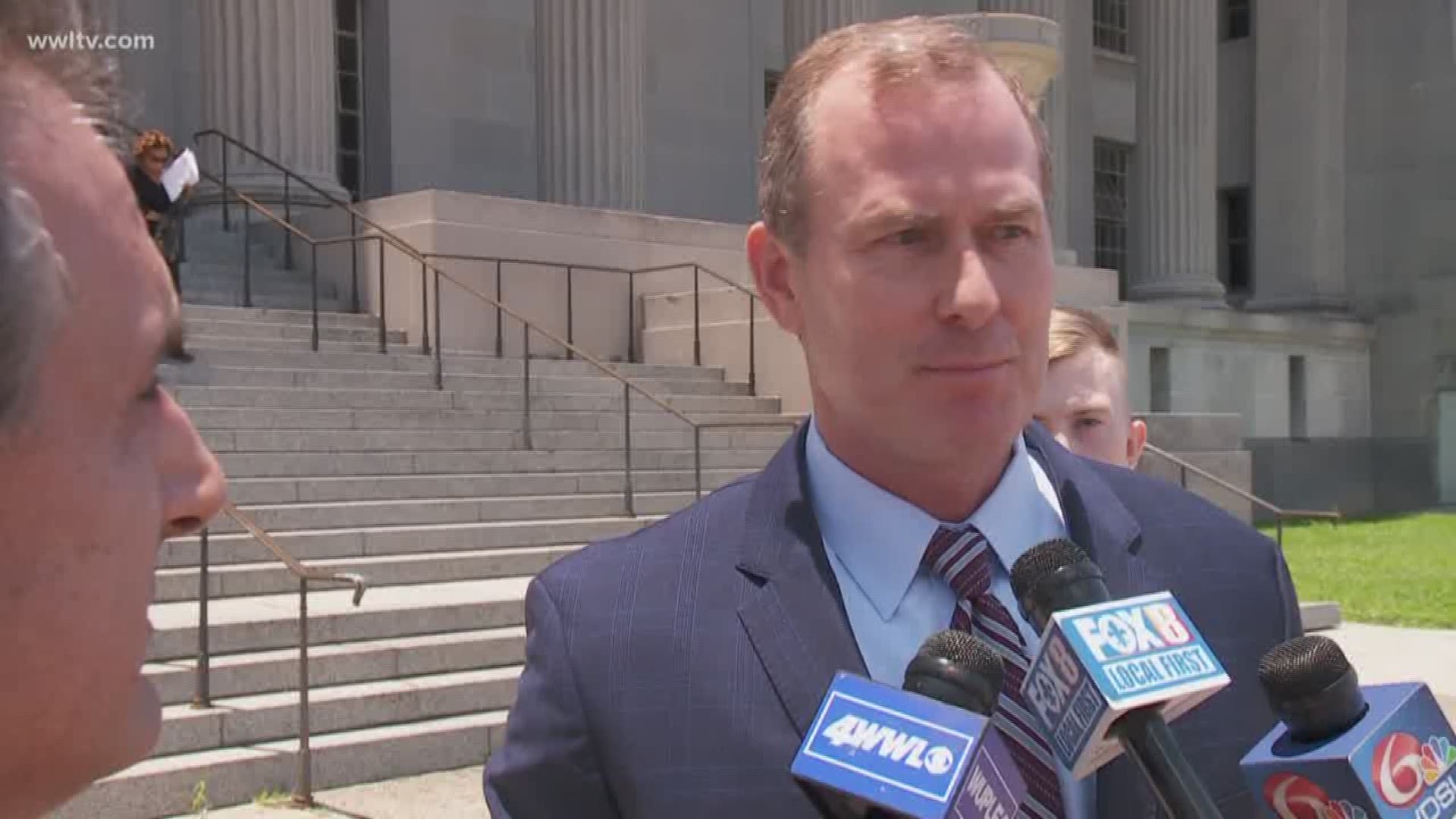 NEW ORLEANS -- Cracks in a rape case brought against three Marines and a Tulane ROTC graduate appeared to develop Wednesday as the detective assigned to the case said one of the alleged victims texted a roommate to say “everything’s fine” as she had group sex.

Those details were revealed during a preliminary hearing at Orleans Parish Criminal District Court in which defense attorneys for the four suspects sought to poke holes in the NOPD’s investigation.

Detective Anya Coleman said the suspects “took turns having sex” with two “highly intoxicated” victims and that as many as 15 used condoms were found on the scene after the alleged gang rape on April 15 at a home in the 5100 block of South Claiborne Avenue.

Coleman later said during cross examination that the two victims reported that there was consensual as well as non-consensual sex between them and the four suspects.

Police booked Alexander Davenport, Antonio Landrum, and Jared Anderson, three Algiers-based Marines, in connection with the crime. Davenport and Anderson were booked each with first-degree rape. Landrum was booked on a count of third-degree rape.

Matthew Farrell, a Tulane ROTC cadet who graduated in May, was booked on two counts of first-degree rape. He did not attend Wednesday’s hearing, but his attorneys participated.

The two women – a Tulane student and her friend – were drinking at a nearby bar on the night of Aug. 14. Coleman said the alleged victims were so intoxicated that video from the bar shows them stumbling and, at one point, falling down.

Landrum apparently agreed to get them home, so he arranged for an Uber ride. At the apartment, the female Tulane student apparently allowed Landrum inside and proceeded to have consensual sex, according to Coleman.

Later that night, Landrum texted his Marine buddies for a ride, and that’s when the situation grew more complicated.

Coleman portrayed that some of the sex that followed as non-consensual. She said one of the victims passed out, making her unable to consent to sex. The other victim, after engaging in consensual sex, later tried to decline further sex, but Davenport and Farrell forced themselves on her.

But the defense attorneys hammered away at the sequence of events, describing some of it as implausible. For example, Coleman conceded that the Tulane co-ed continued to have sex with Anderson after allegedly being forced into sex with Davenport and Farrell.

In addition to the text from one of the alleged victims to her worried roommate, Coleman said that one of them also went to a coffee shop with the three Marine suspects the next morning and even held hands with one of them, Anderson.

As soon as one of the victims texted Anderson that they were going to file a complaint, all three Marines reported the incident to their superiors at the Marine Forces Reserve in Algiers.

All four attorneys argued for Magistrate Judge Harry Cantrell to find “no probable cause” to continue prosecuting the suspects.

“This young Marine is being tortured by what’s going on. All he wants to do is move on, get deployed and continue serving his country,” Jordan said.

Cantrell said he would review the case and determine probable cause at a hearing set for June 18.