The Civil Rights icon was laid to rest on Thursday. 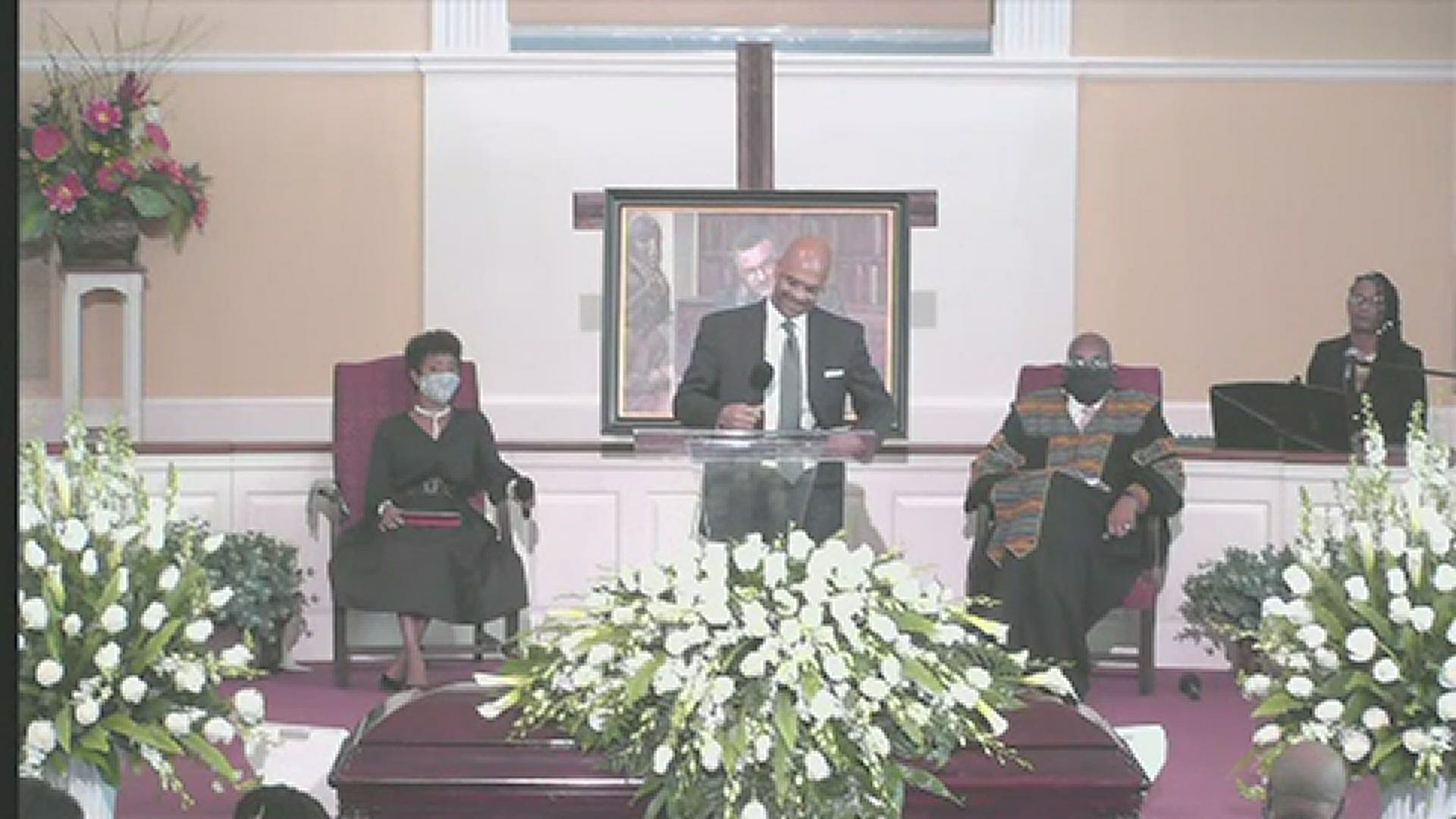 ATLANTA — C.T. Vivian's sons spoke at his funeral on Thursday, and remembered him not just as the Civil Rights icon - whose loss is being felt around Atlanta, the nation and the world - but simply as an amazing dad.

"How do you adequately say your final good-bye to the greatest person you've ever known?" his son, Al Vivian, asked.

Al Vivian and his brother Mark Vivian both spoke, painting a moving personal image of a man celebrated publicly for his work and, at home, revered for his devotion to his family.

"There'll never be anybody like C.T.," Mark Vivian said. "The greatest pleasure I had was to call him dad. People know all the great things he did, but they don't know him as dad."

He spoke of the deep love his father shared with his mother, how they were each other's confidante and partner, the "person you pull your strength from."

"When folks say they have a father, cool, but I had a dad," he said. "I had somebody when I needed advice, when I needed looking up to, when I needed just to hear somebody say, 'I love you.' Even a few days before he passed, dad had that firm grip, shake that hand you got a firm grip ... to me that was a way of saying, 'I love you, I'm here for you, I got your back.' So dad, all I'd like to say is I love you, I miss you - none better than you."

Al Vivian fondly recalled a personal quirk of his father's - his penchant for "daring, adventurous, audacious" driving. C.T. Vivian, he said, could have raced with the greats, such as Mario Andretti and Lewis Hamilton, if he'd had another calling in life.

He also took stock of his father's awe-inspiring accomplishments. A man who put his stamp on the Civil Rights Movement through participation in lunch counter sit-ins, the Freedom Rides, his work with the Southern Christian Leadership Conference, and as a trusted friend to Dr. Martin Luther King, Jr.

He added that, "no matter how long I live, no matter whatever I accomplish, the greatest thing I will ever be known for is being the son of C.T. Vivian."

Al Vivian ended his remarks by returning to his original question, the dilemma, he called it, of "how to say good bye to the greatest person you've ever known."

The answer to that dilemma, he said, was that he was not in fact saying his final good-bye.

"We will see each other again in heaven, and as I enter, when that day comes, he, my mother, my big brother Gordy, will greet me with open arms," he said. "So, dad, until I see you again in heaven, I love you."

Horse-drawn carriage carries C.T. Vivian's casket through Atlanta in one of his final processions

Elder to ancestor: Spirit, strength of John Lewis etched into many hearts, reunited with Dr. King

‘They fought so we could exist’: Young activists react to John Lewis, C.T Vivian deaths

'So extraordinary on so many levels' | Atlanta remembers the life of C.T. Vivian

C.T. Vivian through the years

1 / 6
AP Photo/Horace Cort
C.T. Vivian, integration leader, left, leads a prayer on the courthouse steps in Selma, Ala. on Feb. 5, 1965, after Sheriff Jim Clark, background with helmet, stopped him at the door with a court order. Vivian led hundreds of demonstrators armed with petitions asking longer voter registration hours. Clark arrested them when they refused to disperse.