Current and waves: An unpredictable danger in Lake Pontchartrain

It's a tearful ending for a man who acted quickly to help others. 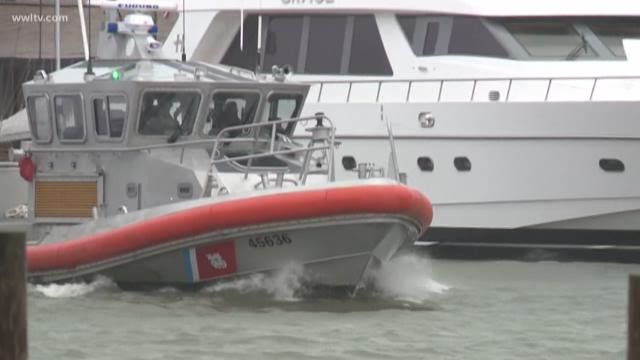 NEW ORLEANS- Family and friends of 50-year-old Frank Williams consoled each other as authorities pulled his body out of the frigid water Wednesday afternoon.

Less than 24 hours after he sacrificed his life to save two men inside of a vehicle that drove into Lake Pontchartrain. It's a tearful ending for a man who acted quickly to help others.

"My brother, my brother Frank was a good dude. He was a good dude," Tyrone Williams told Eyewitness News Tuesday. "Always wanted to give. I mean, he just wanted us to be happy."

Williams worked at the Blue Crab Restaurant and Oyster Bar. In a Facebook post on Wednesday, the restaurant wrote that they will be closed Thursday and will re-open Friday. They went on to describe Williams as a funny, kind and generous person. They also wrote that they suffered an enormous loss.

"Condolences. I really feel sorry for the somebody that's trying to help someone else. Gets in that predicament. It's really sad," Boater Paul Bouer said.

When Bouer heard the news about his disappearance Tuesday night, he made his way out to his boat near Orleans Marina.

"The currents in here, where he fell in, will take you. 'Cause if I take my boat and I bring it right there and I just turn it off it's going to bring me right back in. That's how strong the currents can be," Bouer said.

Petty Officer, 1st Class Michael Buchanan with the U.S. Coast Guard said even for the most experienced swimmer, conditions within the water are unpredictable.

"The current, the depth, the murkiness. It's not the same as in a pool. People say, 'Well I can swim.' You're gonna face current. You're going to face cold water. It saps your energy very quickly, especially in that cold water," Buchanan said.