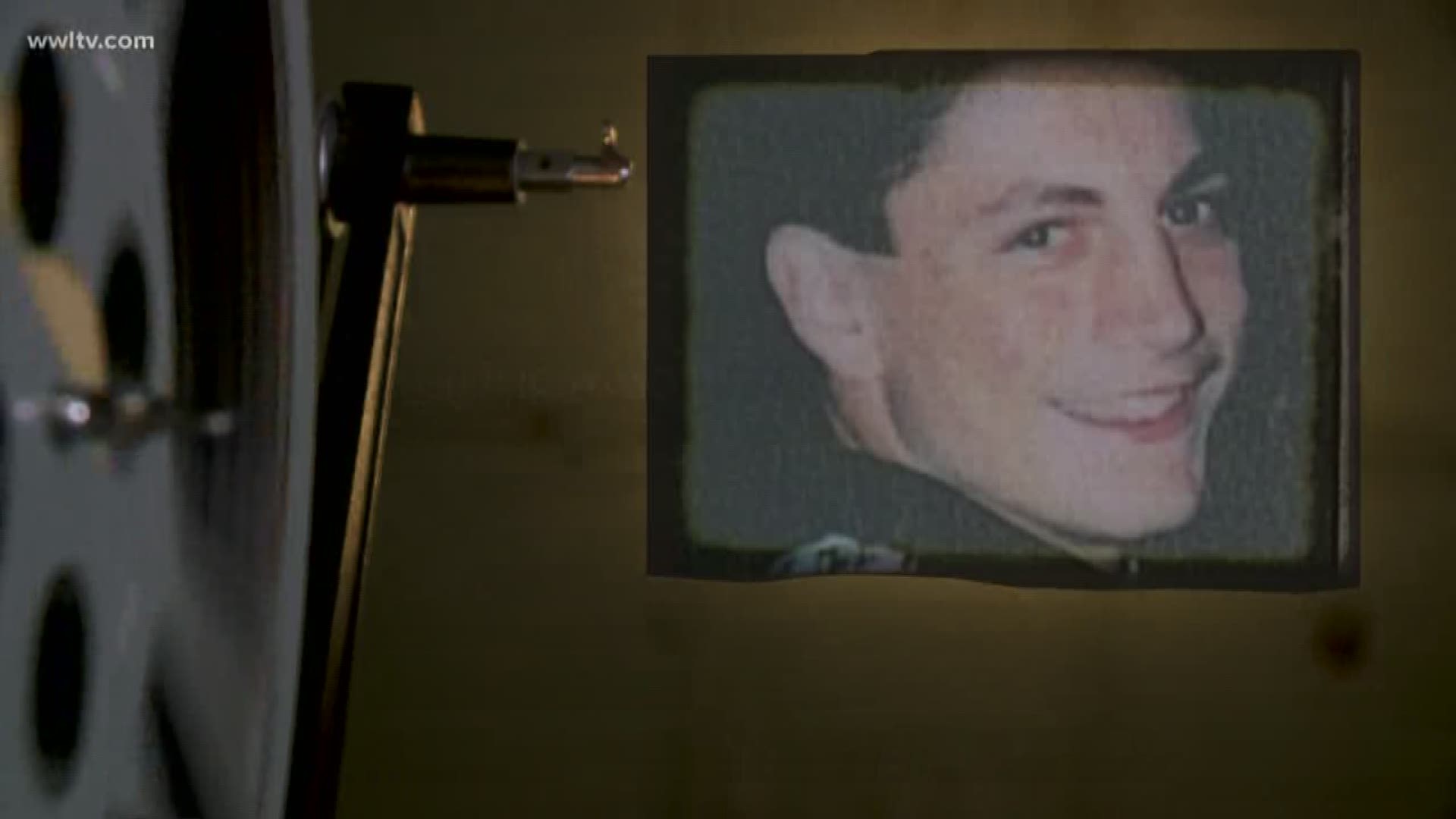 Eric Walber was 16 when he was viciously murdered on a gravel road in sparsely populated Livingston Parish. In a crime that haunts the community to this day, Walber had just finished delivering a pizza when he was killed.

After his final run of the evening for Pizza Express, Walber was kidnapped in his own car, then brutally beaten before being run over several times.

Despite a flurry of early leads, detectives came up empty. The case was featured twice on the TV show “America's Most Wanted.”

A breakthrough came two years later when a jailhouse snitch named Sam Scott said he participated in the crime, pointing the finger at Michael Wearry and four other men.

Another witness was Jeffrey Ashton, who was 10 at the time of the murder. Police say he was overheard by a teacher talking about the case.

The testimony of Scott and Ashton helped convict five men, including Wearry, the lone defendant sentenced to death. Wearry appealed, and his case went all the way the United State Supreme Court. In a 7-2 ruling, the high court threw out Wearry's conviction based on additional evidence prosecutors withheld from his defense team.

But the Supreme Court didn’t just send the case back to the trial court. In an extremely rare step, the court also scrutinized the entire trial, referring to the case as “a house of cards.”

“It's a stunning rebuke to the prosecution team in the case,” said Chris Fabricant, a senior attorney with the New York office of the Innocence Project. “I'm not sure if I've ever read anything quite that bracing from the Supreme Court or unvarnished critic of a prosecution theory before.”

Despite the ruling, prosecutors are now gearing up to re-try Wearry for the murder. Their 10-year-old witness, Ashton, is now 30. He remains a key witness, only this time for Wearry.

Ashton tells a very different story than when he testified 16 years ago. He now says he was nowhere near the crime scene and never saw Michael Wearry.

“I seen none of that,” he said. “On the night that everything happened, I was not in Springfield, period. We was at the Strawberry Festival.”

That’s not all Scott got wrong.

Scott also claims in his initial statement that Walber was shot. But Walber suffered no bullet wounds. Evidence shows Walber was hit by his own car, then run over.

The U.S. Supreme Court reversal not only questions Sam Scott's testimony, but testimony that the jury could have heard, but didn't.

Wearry had an alibi. It was strong enough that detectives initially disregarded him as a suspect.

Dozens of witnesses say Wearry was attending a wedding reception in Baton Rouge – about 45 miles away – at the time Walber was killed. Those witnesses include the disc jockey at the reception, as well as a New Orleans police officer who now works in law enforcement in Dallas.

Wearry’s trial attorney could have called those independent witnesses to testify, but instead only used a couple of witnesses who drove with Wearry. At trial, prosecutors argued that the alibi witnesses – Wearry’s loved ones – were willing to lie for him.

Since then, some of the other independent witnesses have testified or signed affidavits as part of Wearry’s appeal. One such guest granted WWL-TV an exclusive interview, saying Wearry and his group were among the last to leave the event.

“I spoke to him and I left it at that, I went on enjoying myself and my family,” said the witness, who requested anonymity.

The witness said he was never approached by Wearry’s trial attorney.

One guest who did testify was Renarda Dominick, Wearry's then-girlfriend and mother of his two children. She said she and Wearry were at the Baton Rouge reception hall until after the time of the murder. Prosecutors now maintain that Wearry could have participated in the murder after he returned from the reception.

“There's no way, because we were not even in town and we were together at a wedding,” Dominick said. “So I don't know how you can be in two places at one time.”

Dominick says authorities tried to get her to change her story, even arresting her for traffic tickets that she already paid.

​Wearry's retrial has been set for Jan. 22. But that's not the only case waiting to go to court.

The Roderick and Solange MacArthur Justice Center has filed a federal civil rights lawsuit against Perrilloux and Foster.

“We are also asking for punitive damages against Mr. Perrilloux and Mr. Foster because what they did was beyond the pale,” said attorney Jim Craig. “We don't make these kinds of allegations lightly. We are directly challenging the integrity and truthfulness of a sitting, mutli-term district attorney.”

The lawsuit, filed on behalf of Wearry, claims that Perrilloux and Foster intimidated Jeffrey Ashton into lying.

Ashton is not a plaintiff in the lawsuit and doesn't stand to gain a dime. He says he is cooperating for one reason: to clear his conscience.

“That's what I live with every day,” Ashton said. “That's what I deal with, just because I listened to them I done put several guys away for no reason, and it's had a guilty part on me.”

Perrilloux declined requests for an interview, but issued this statement: “The appropriate and responsible course is to have this case, the brutal killing of an innocent sixteen year old boy, decided in the courtroom.”