Police look for 3 suspects after 9 people shot, one dead in Northwest DC shooting

One man has died, and police are looking for three suspects, according to District officials. 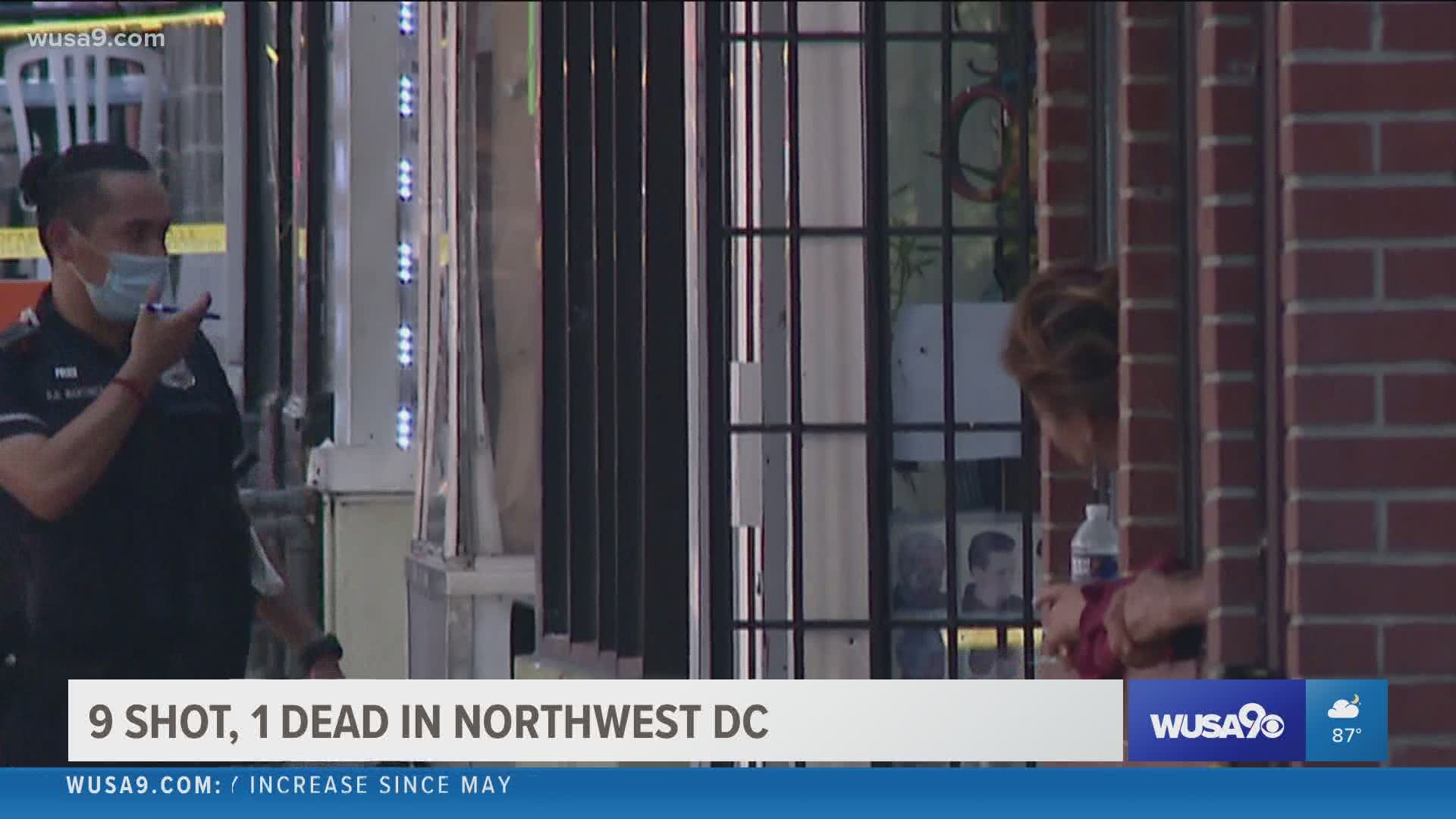 WASHINGTON — Nine people, including eight men and one woman, were shot at the intersection of 14th Street and Spring Road, Northwest, in the Columbia Heights neighborhood around 5 p.m. on Sunday.

One man has died, and police are looking for three suspects, according to District officials.

Of the eight people shot and still alive, four are reportedly in critical condition and four are not.

Neighbors who spoke to WUSA described hearing the violence when it occurred.

"It lasted for probably ten seconds or so and it sounded just like fireworks," said Paul Tegen. "A lot of people were around and out in the nice weather so it’s a sad thing for any community to see this.”

"I’m not surprised because there’s always people hanging out there that look like somethings going on but nothing like this," added Steve Donahoe. "We’re a little shocked to see that many shell casings.”

Police said two of the suspects were wearing all black with black hoodies and another suspect was wearing a grey hoodie. All three are Black men, said DC Police.

Police believe the men left the scene in a dark-blue car with tinted windows.

No further information has been provided about the suspects or victims. 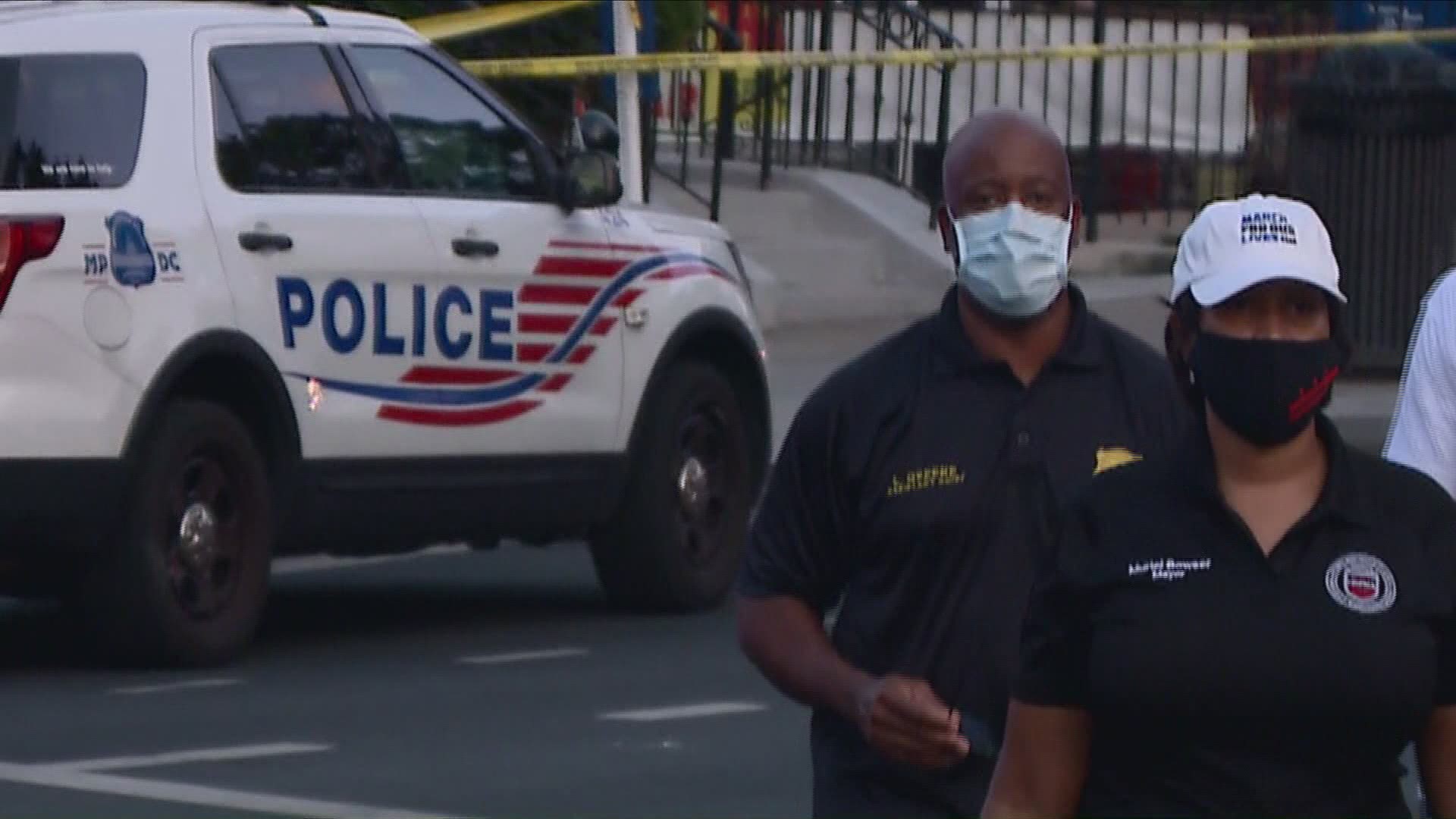 Mayor Muriel Bowser and Police Chief Peter Newsham spoke at the crime scene about the impacts of gun violence.

"Everyone should be outraged that in the daytime when people are frequenting our restaurants and businesses that there could be an attack on the DC streets," said Mayor Bowser.

With DC seeing a 24% increase in homicides this year compared to 2019, Chief Newsham took aim at the gun problems and said more must be done to hold gun offenders accountable.

"We’re seeing a lot of high-capacity magazines that we're recovering," he said. "There are good weapons fired multiple times and you’re going to have your shooting homicides increase when that happens.”

Newsham added that the timing of the crime on Sunday afternoon added to the concerns.

"This type of brazen daylight activity in a very busy block I’m sure is scary for this community," he said. "I don’t know what people are thinking if they think they can enter a block and lay down that many rounds. They’re putting everybody in this community in jeopardy.”

RELATED: Yes, that was a dog running wild on the Beltway

RELATED: VA trooper under investigation after video shows him dragging Black driver out of his car by the neck

RELATED: Route 27 in Damascus shut down due to dump truck crash, driver located in the woods nearby

RELATED: VERIFY: Does DC have more police per capita than any other US city?