Demonstrators rally in Tréme for reparations to Black Americans

"I've been believing in reparations for people of African descent since the movement has been brought to my attention," Lois Adisa Adams an attendee said. 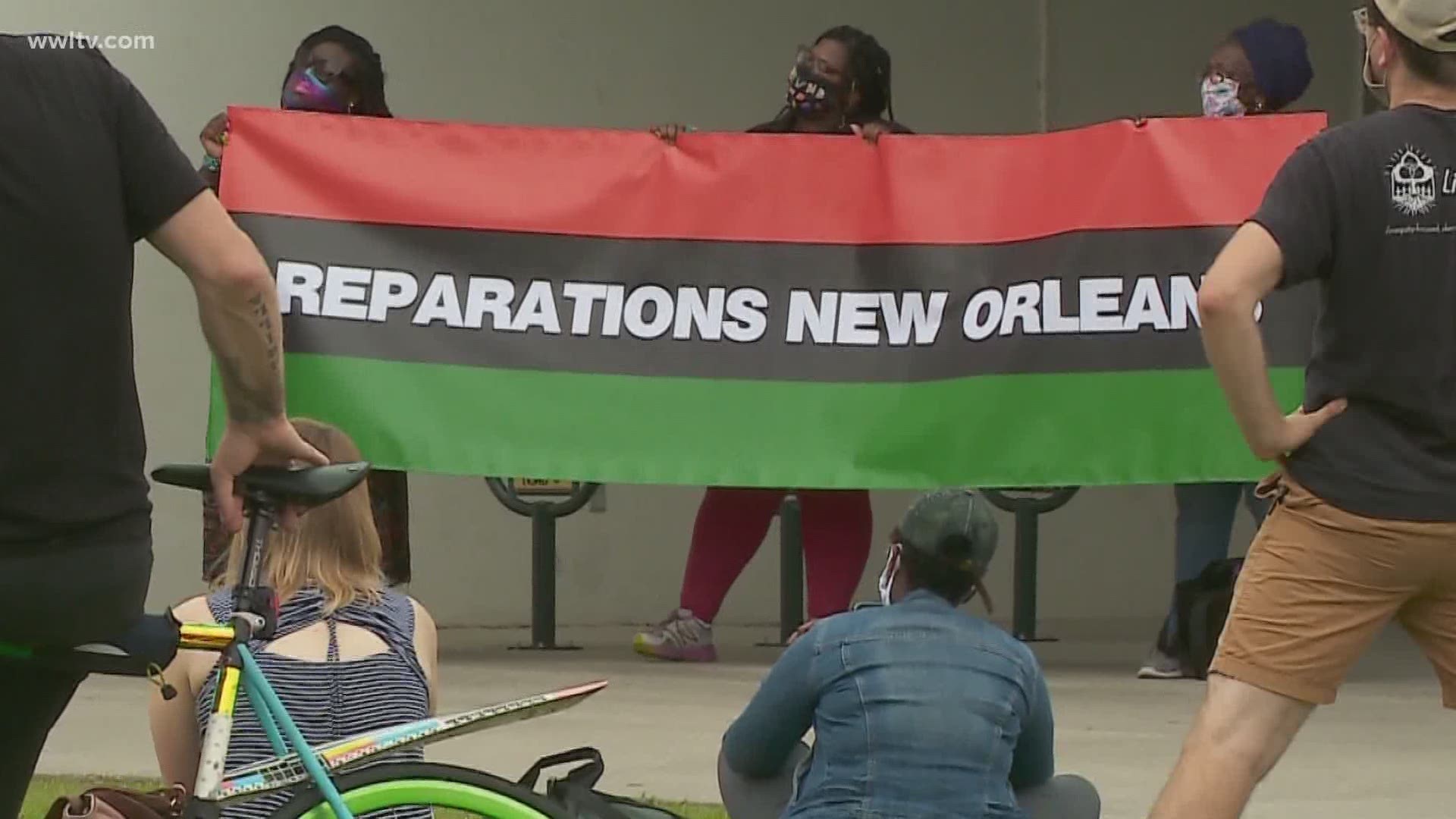 The goal of the rally was to help raise awareness for the justifications for reparations to Black Americans.

"I've been believing in reparations for people of African descent since the movement has been brought to my attention," Lois Adisa Adams an attendee said.

Adams said she was tired of seeing young people work low paying jobs despite having a college degree. She feels that reparations could help those who look for other ways to make ends meet.

"There are a lot of brilliant young people. It's no wonder they resort to the street for money if they're not going to get a job worthy of their knowledge and skills," Adams said.

Organizers of the Reparations New Orleans Rally said the wealthy profited from the exploitation of slaves.

"Some great wealth was accumulated here, and if you look around and search for that wealth, it's on Saint Charles Avenue and the Garden District," Malcolm Suber who is an organizer said.  "It's not in the 9th ward or 7th Ward, and that's a consequence of us being exploited by the slave system."

Others who attended the rally said they want to try and find a way to amend what happened in the past.

"The least we could do is be out here in support of reparations, and figure out how to rebirth a nation that was built on harm. Harm on ecosystems and wholistically on communities and well being of all people," Stefin Pasternak with Living School said.

RELATED: Juneteenth history: Why today is so important to the Black community and what you may not have learned in school

RELATED: Tulsa searches for remains of victims of 1921 race massacre