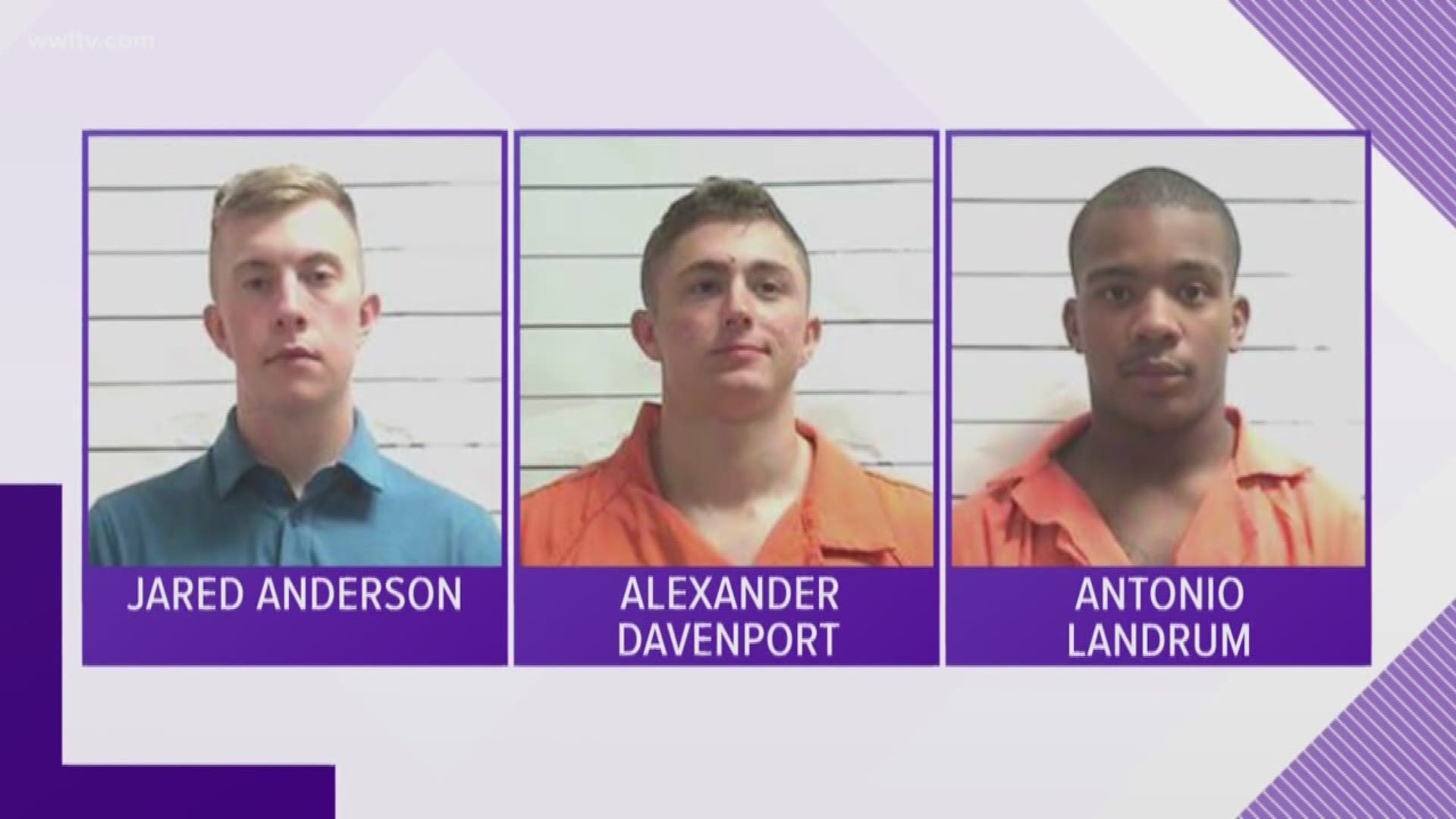 The decision Wednesday appears to end a case that had been faltering from the beginning, starting with vehement claims by the defendants that the sexual encounter with two women – one of them a Tulane student – was consensual.

A major blow to the case came in June when Magistrate Judge Harry Cantrell found no probable cause against one of the Marines, Antonio Landrum.

Now Marines Alexander Davenport and Jared Anderson, along with Tulane graduate Matthew Farrell, also appear to be in the clear. All four suspects had been free on bond.

“Our office gave careful consideration to all evidence produced in the NOPD investigation of this case,” DA’s spokesman Ken Daley said. “In addition, our sex crime screeners thoroughly evaluated the statements provided to police by all parties involved in the events of April 15, and those given to prosecutors in several follow-up interviews. Based upon these factors and the stated desires of the complainants, it was determined these charges should be refused.”

The alleged assault took early Sunday morning April 15 at apartment of the female Tulane student in the 6100 block of South Claiborne Avenue. The student and a friend told police they met Landrum during a night of drinking at a popular Uptown bar on Broadway.

According to arrest warrant paperwork, the women admitted being highly intoxicated, a fact supported by surveillance video retrieved by detectives from the bar.

The report states that Landrum summoned an Uber and brought the women back to the student’s apartment. Landrum gave a statement to detectives five days after the alleged rape.

He admitted have sex with the women, but was under the impression that it was consensual, the report states.

At a preliminary hearing in June, defense attorneys hammered away at the alleged victims’ version of events. For example, the NOPD detective on the case conceded from the witness stand that the Tulane co-ed continued to have sex with Anderson after allegedly being forced into sex with Davenport and Farrell.

The detective, Anya Coleman, also said that one of the women went to a coffee shop with the three Marine suspects the next morning and even held hands with one of them, Anderson.

After one of the women indicated to the Marines she was going to report the incident, all three Marines reported the matter to their superiors at the Marine Forces Reserve in Algiers.