Here's why Dixie Beer is changing its name 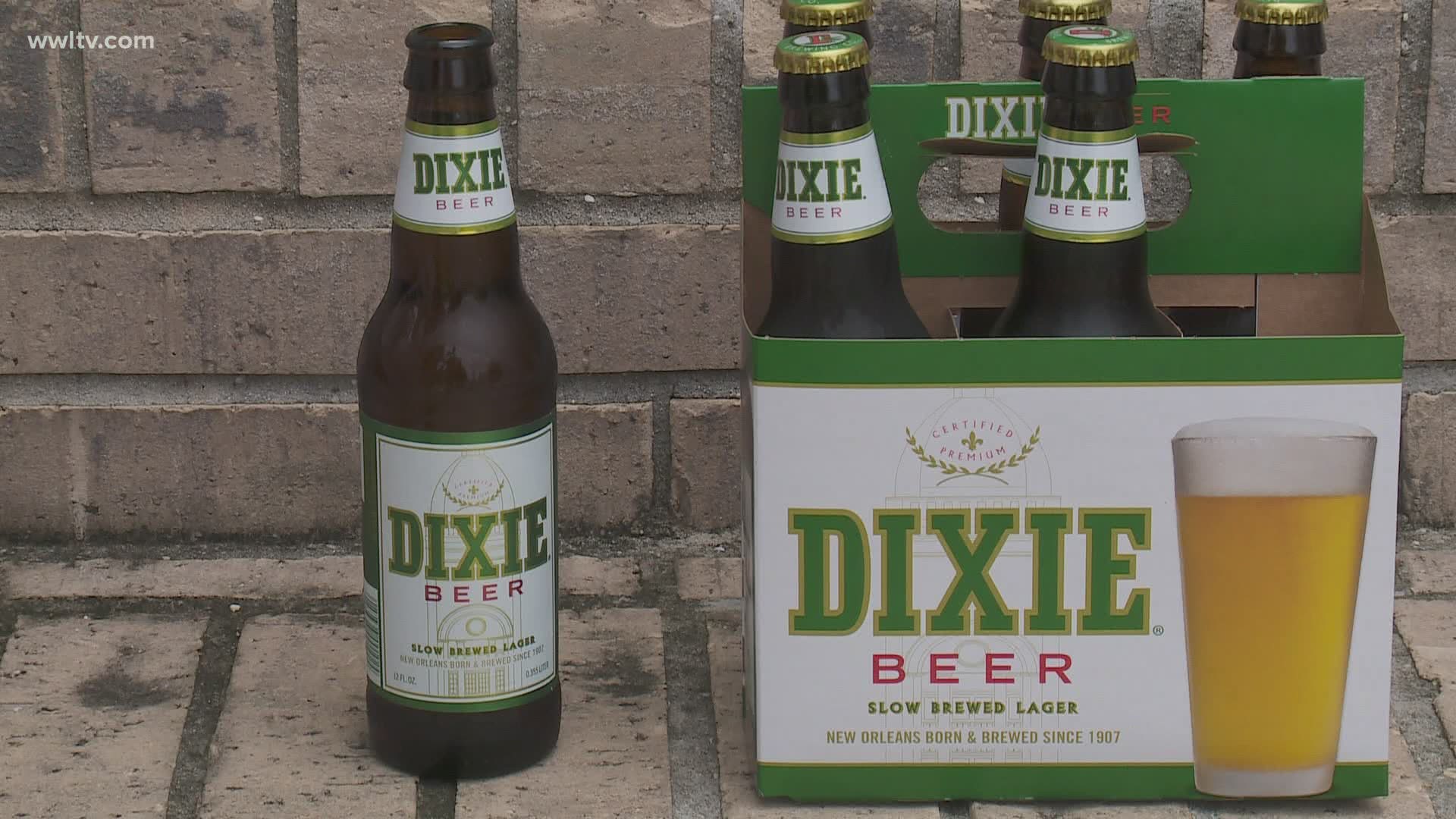 NEW ORLEANS — People and pubs in New Orleans have been serving Dixie Beer since 1907.

The iconic brand got a new lease on life and a new brewery in New Orleans East after Saints and Pelicans owners Tom and Gayle Benson bought the failing company in 2017.

Friday, Mrs. Benson said she plans to give the beer a new name.

In a statement she said, “With inclusive input from all of our community stakeholders, we are preparing to change the name of our brewery and products that carry the Dixie brand, and these conversations will determine what brand will best represent our culture and community.”

“She recognizes that for a lot of people in the community, myself included, that the brand was offensive,” actor and businessman Wendell Pierce said as he broke the news on his radio station, WBOK.

“I think it is one of the most significant cultural changes that I can remember for New Orleans," Peirce said. "It may seem incidental for people, but I think it’s major because for so many people in the community, it’s a reminder of a virulent, violent past.”

RELATED: The Dixie Chicks change name to 'The Chicks'

Others on social media were quick to question and criticize the change, with some commentators saying they would no longer purchase the beer.

“I highly doubt when someone sees Dixie Beer, they see slavery. Far reach.”

“So, I guess Dixieland Jazz is next.”

A replacement name for Dixie Beer hasn't been announced as of Friday.

“We look forward to listening, learning and making sure that our brewery fulfills its promise of uniting, inspiring and leading all in our community,” Benson said.

Here is the origin of the name “Dixie:”

In the years before the Civil War, Citizens’ Bank of New Orleans issued ten-dollar notes with “dix”—the French word for “ten”—written on one side.

But some say the term “dixie” is also reflective of the pre-Civil War time of slavery in the south.