After flooding, catch basins the question in New Orleans 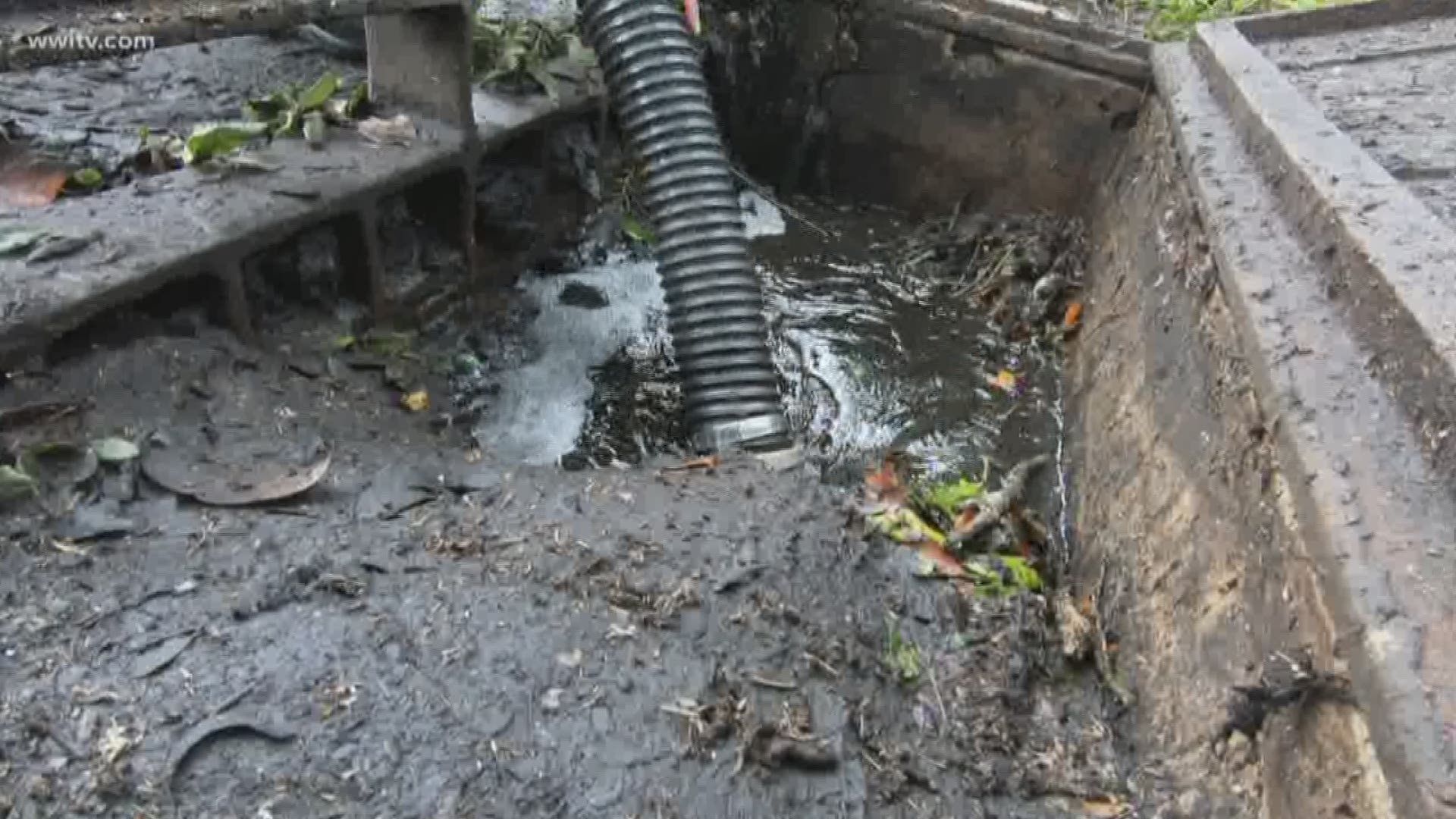 After that sneak attack of heavy rains and flooding last week, many New Orleanians woke up to catch basins full of standing water. Even after Hurricane Barry came and went, some of those storm drains remained clogged.

Residents like Brad Oster in Mid-City took it upon themselves to clear catch basin, above and below ground, but in many cases, the water still did not recede.

“It was filled to the absolute brim, compacted with what looked to me to be a very long time, with mud, leaves and a ton of roots,” Oster said.

The water pooled in many areas despite assurances from Sewerage and Water Board Director Ghassan Korban that the major pumping infrastructure is working at near maximum capacity.

“I feel very confident that we'll continue that optimum level of operation,” Korban said last week as his agency prepared for what would become Hurricane Barry.

With the city’s major drainage infrastructure – pumps, power and drainage canals – working at near-maximum capacity, focus has shifted to the front end of the drainage system, the city's 72,124 catch basins and the small pipes that carry water from the street to water mains and canals.

RELATED: Photo of sandbags surrounding S&WB office riles citizens after city doesn't give them out

Joe Otillio works for a private catch basin cleaning company, Fassbinder Sewer and Drain. Otillio was a busy man Monday, as he was called to different areas of the city to try to drain catch basins that were still full of water.

Even though catch basins are the city's responsibility, many businesses and property owners hire private companies like Fassbinder for more regular cleaning.

“A lot of these catch basins are clogged. And we're doing our job. The city's not doing their job,” Otillio said.

Otillio found were underground blockages ranging from leaves and branches and mud, to trash such as shoes and Styrofoam packaging. Even with the debris cleared, some drains didn’t clear due to broken or obstructed pipes beyond the catch basin.

How much could the clogged drains contribute to New Orleans street flooding?

“Oh, a big factor. A big factor,” Otillio said. “Because if the pipes were good, obviously, we wouldn't have this problem. It would drain.”

The department maintains an interactive map of all catch basins. And while most are colored blue – marked as “cleaned” – that most recent dates for many goes back as far as 2017.

“If they're saying the pumps are working and we're still having water here, there's a problem somewhere,” Otillio said, “and it’s between here and the pumps.”

RELATED: S&WB: No drainage system in the nation could handle this morning's rain