Decades of neglect: Garbage went into the system, but very little came out

A key drainage canal recently had hundreds of tons of garbage, including a car, blocking the water flow. The car had been there at least 12 years. 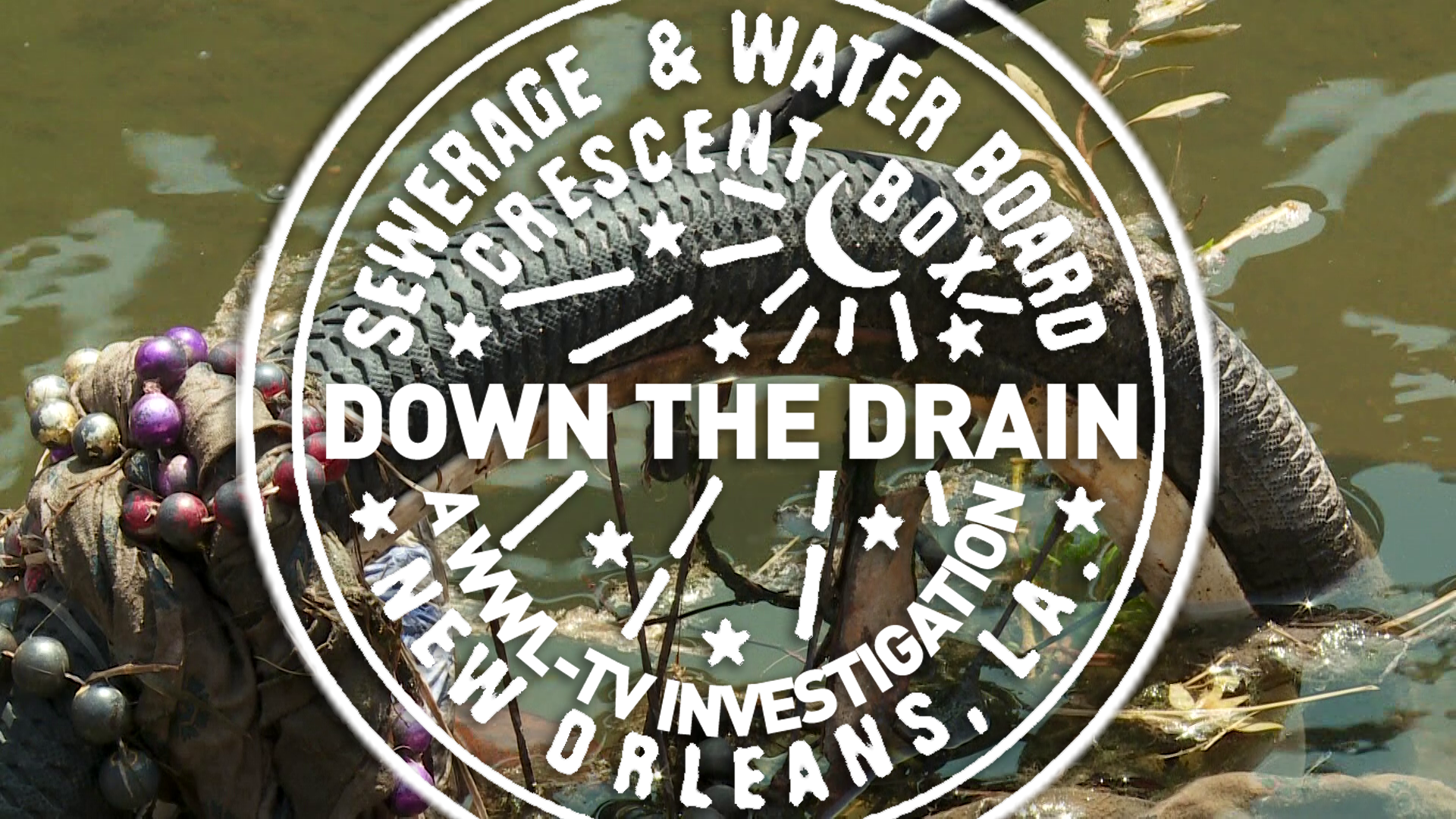 Canal cleaning by the Sewerage & Water Board of New Orleans was haphazard and often unfinished until very recently, as indicated by maintenance records from 2017 obtained by WWL-TV. More recent records have not yet been made available by the S&WB for review.

But the records reflect the comments made by S&WB Executive Director Ghassan Korban after a car was pulled from the Lafitte Canal that had been decaying there for more than a decade.

“Any structure, any infrastructure needs constant maintenance and inspection and I know that was not happening in any systematic fashion,” he said.

Despite repeated floods in Mid-City from 2017 to July of 2019, the S&WB took its first hard look at the state of the city’s underground canals after people reported the nearby Lafitte canal was overtopping during a heavy rain event in July.

Car in the canal highlights impediments in system

“We're not surprised we found some impediments, but we are surprised at the magnitude and the scale of the debris that we found, obviously including the car,” said S&WB Executive Director Ghassan Korban after he watched contractors pull a Mazda 626 vehicle out of the canal in August.

The car, it turns out, was just the beginning. So far, the agency said it has removed hundreds of tons of debris estimating 22,000 tons have been blocking the water flow in the Lafitte Canal for at least a decade.

“You could just see from the Greenway, you could see the muck down there and I had no idea how low it went. But it obviously went down pretty far,” said Brian Knighten, the owner of the Broad Street Theater.

In a narrative that would plague a bad film, Knighten’s cinema has flooded five times since the massive Mid-City flood that raised the ire of residents in August of 2017.

July 10 this year he waded through a foot and a half of water in the theater, trudging through mud and debris as well. The lack of drainage and the ever-present threat of flooding makes rain on the radar an anxiety-provoking event.

“It's a nerve-wracking experience. You're constantly watching the weather reports, watching the radars, trying to figure out if it's gonna hit here or not,” Knighten said.

His theater sits across Broad Street from one of the major pumping stations responsible for draining the water out of the bowl that is New Orleans, Pump Station No. 2. While the 2017 floods raised significant questions about the capacity of the pumps there, the condition of the Lafitte Canal indicates the other parts of the drainage system need equal attention.

A simple drive around the city led WWL-TV crews to see sofas, mattresses, tires, shopping carts and trees clogging up various open-air drainage canals on the East and West banks. And it is nothing new.

“Here ya go major Sewerage & Water Board engineering issues solved. That’s it. That’s all it takes,” said Drew Ward, an Uptown community activist last year as he pulled a bicycle covered in mud and Mardi Gras beads out of the Palmetto Canal.

He was so frustrated with the lack of maintenance he started doing it himself.

While it's easy to see when the above-ground canals need to be cleaned, many of the city's water superhighways run below the surface, such as the canals that connect the pump stations on Broad Street.

“I suspect at least a dozen years before somebody looked at this canal itself,” Korban said about the Lafitte Canal in August.

WWL-TV obtained all the canal cleaning and maintenance records for the first half of 2017 through a public record request.

The S&WB spreadsheets indicate crews conducted grass cutting with tractors and weed eaters along the banks of the canals, with the occasional dump truck and crew in tow to get some of the debris out.

But those records indicate the maintenance was haphazard, unscheduled, and in some cases, unfinished.

For example, the records indicate the Palmetto Canal was only partially cut and emptied twice in six months, and both times that maintenance was “continued” or unfinished.

“Any structure, any infrastructure needs constant maintenance and inspection and I know that was not happening in any systematic fashion,” Korban said.

“Obviously we're not going to get there by the end of this year,” said New Orleans City Council Member Joe Giarrusso.

He has been pushing for added funding and focus on the drainage system.
Korban said in an interview last week he estimates it will take $5 million to clean out the Lafitte Canal alone, and that he thinks it is loaded with 22,000 tons of debris.

That's almost as much as the Statue of Liberty weighs.

“We don't necessarily act as swiftly as we should or as swiftly  as we can because of the funding. But it's all about priorities. We tackle the worst of the worst,” Korban said.

He came to the S&WB a year ago, taking over a utility bogged down with decades of deferred maintenance. Korban has said the entire system needs to be overhauled with a new, dedicated funding source to pay for it.

Despite the hurdles in front of it, the city of New Orleans remains resilient, Knighten included.

In the meantime, he has worked to flood-proof his theater.

“Now all of this material is flood-proof. Now everything is pretty much concrete board, PVC or gypsum board so we're pretty much spray, clean and re-open,” he said.

All the while, he’s working with water experts to try and figure out if there’s a better way for himself, and everyone in New Orleans to live with water.

Read more Down The Drain: 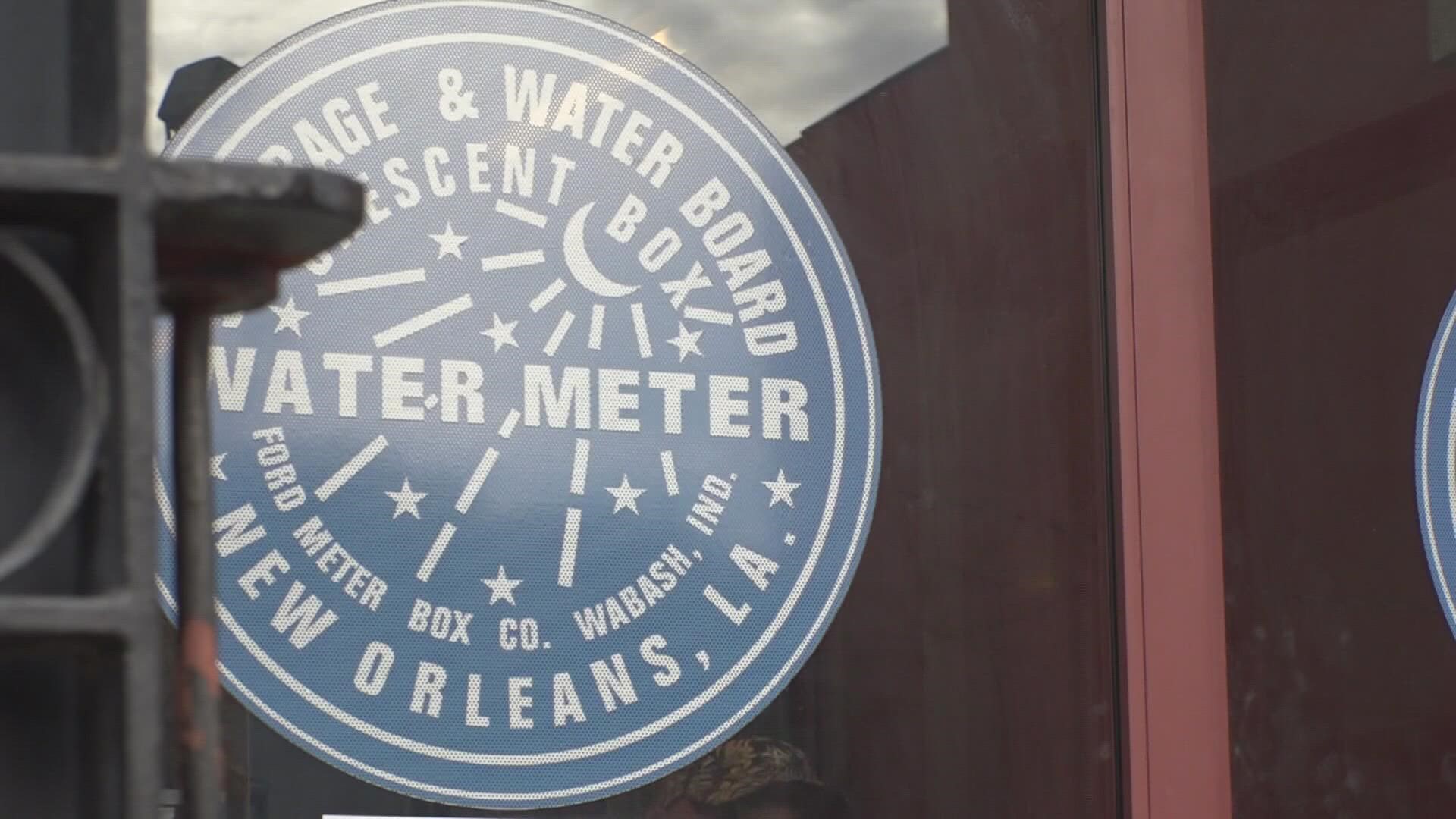