The theory of unintended consequences is starting to take hold among some top officials. 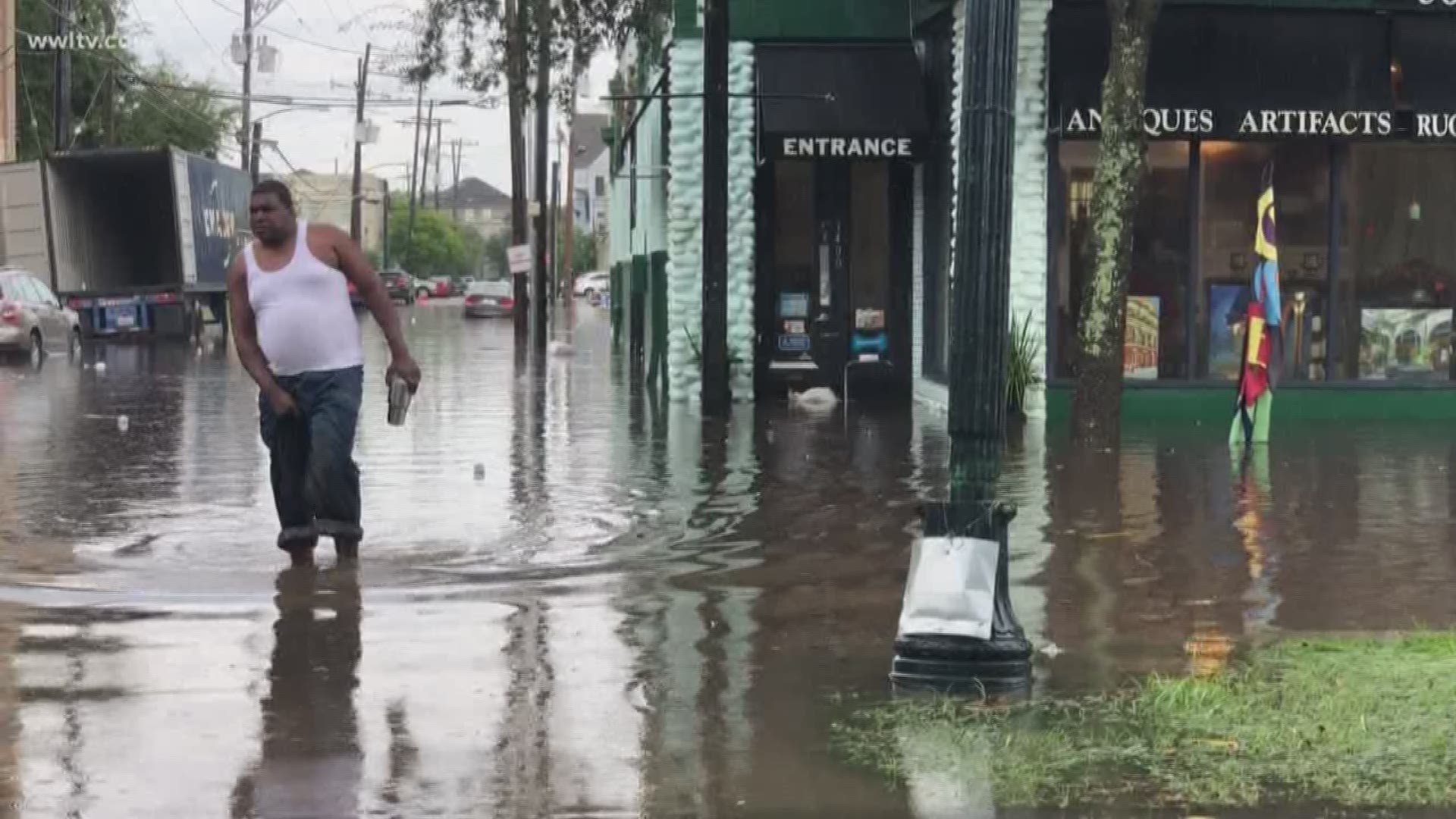 They may be working too well.

“That area of town was draining more efficiently, so that water was filling all the vessels, all the pipelines getting out, so … the drainage system was already full of water from that more efficient area,” preventing other areas from draining, Arrigo said.

Now, that theory of unintended consequences is starting to take hold among some top officials, too.

Water already in the underground drain lines is regularly seen bubbling up during heavy downpours, or even shooting up and out of manhole covers in the downtown and Lower Garden District areas.

Engineers also tell WWL-TV that flood waters are tending to back up and even flow backwards at the pump stations that form the central spine of the city’s drainage system, along South and North Broad streets. Pump logs show that a pump at the station that receives water from Uptown actually turned backwards during heavy rains July 10, according to Matt McBride, a mechanical engineer who regularly blogs about the Sewerage & Water Board system.

Stormwater from the “superhighway” SELA culverts is collected at Pump Station No. 1 on South Broad Street and gets pumped out along the open Palmetto Canal to the 17th Street Canal and out to the lake. There's a covered canal that runs north under North Broad Street that connects to Pumps Stations 2 and 3, but currently, the section between station 1 and station 2 is gated off, and pump logs show that the pump is currently closed. This suggests that all water pumped out of Pump Station No. 1 is being sent out to the 17th Street Canal.

The Sewerage & Water Board's own drainage maps, posted currently on the agency's website, indicate that storm water is supposed to be pumped from Station 1 to Station 2, but S&WB spokesman Rich Rainey said that hasn't been the case for years and would overwhelm Station 2 if it were.

But video has shown water passing over the gates there. If water from downtown is flowing to Station 1, it could be affected by the SELA improvements. In theory, when it rains heavily in both Uptown and downtown, water from the SELA “superhighway” box culverts gets to the pump stations first, leaving slower moving water from the Central Business District backed up. 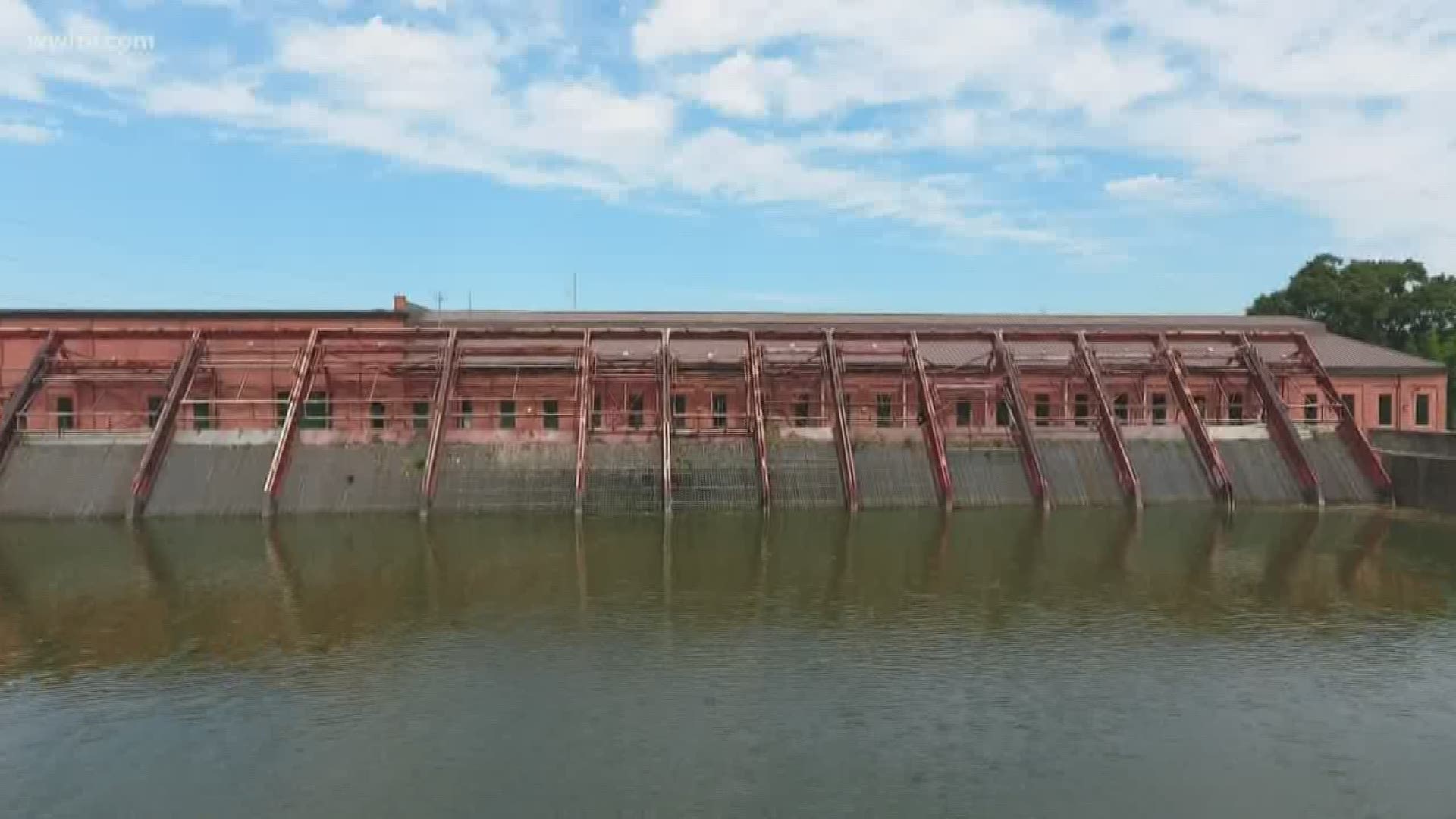 Mayor LaToya Cantrell raised that specter after unusual flooding downtown on July 10. When those same areas flooded for a third time this summer on Monday, Cantrell said high pressure flow from improved drainage infrastructure, including the Corps’ SELA project, had to be a factor.

“There’s been millions of dollars invested in the city by the federal government, so we are better because of them, but we have to fix the other areas so we can maximize the improvements that have been done,” she told WWL-TV on Tuesday. “So, while we have seen infrastructure improvements, it's also been on top of neglect and lack of maintenance.”

Rainey said engineers are now trying to figure out what the impact of the SELA project has been on older parts of the drainage system. For instance, the Lower Garden District and other areas up-river from the Pontchartrain Expressway drain to Pump Station 1 using older infrastructure. Rainey said they don’t know yet if the SELA improvements are causing unusual flooding in Broadmoor and the Lower Garden District, but a report should be ready in the next two to three weeks.

“We focused after 2017 on getting the pumps back up and running. We only have one down now, so that’s showing progress,” he said. But this recent round of floods this summer has “gotten our attention,” he said, and they are “looking for pressure points in the system.”

That includes taking the first detailed look at larger underground canals in the downtown area to see if there are large blockages they can clear.

“We're focusing on the underground culverts, the invisible infrastructure that need to be checked that haven't regularly been checked,” he said.

The Corps of Engineers, meanwhile, has a new district commander in New Orleans, Col. Steve Murphy. He says he doesn’t know the hydrology of the box culverts yet, but his agency wants to help address any unintended consequences on the rest of the city’s system – even if the Sewerage & Water Board now owns the culverts the Corps built.

Murphy said he met about two weeks ago with Sewerage & Water Board Executive Director Ghassan Korban to discuss SELA’s impact, and Corps of Engineers staff will meet with the local agency’s own engineers Wednesday to assist in their investigation. 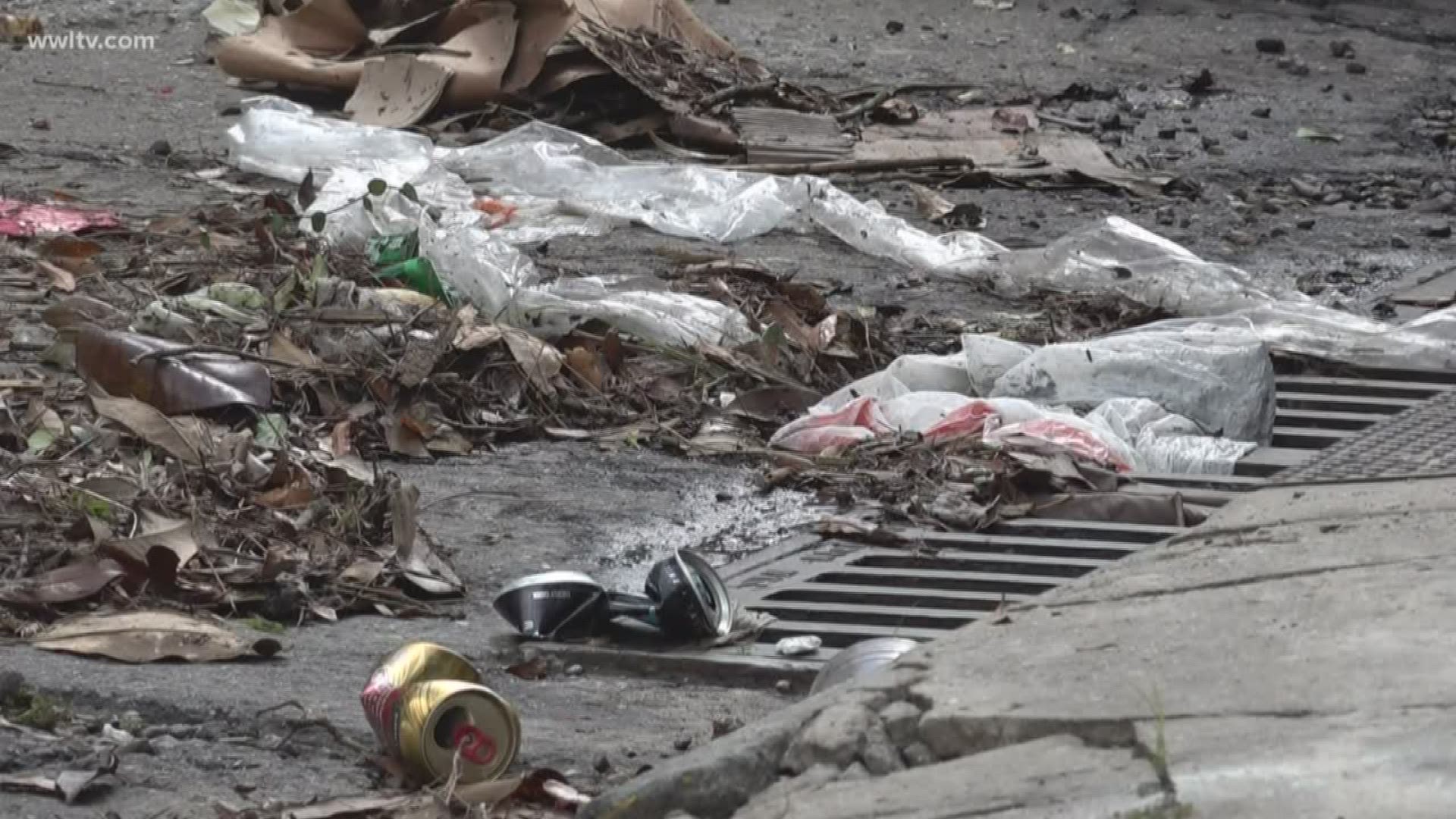 Meanwhile, Cantrell is frustrated by the slow pace of repairs in other parts of the drainage system. She said the city could lose hundreds of millions of dollars in Hurricane Katrina recovery money from FEMA that was earmarked for fixing Sewerage & Water Board infrastructure under the streets. That’s money from the $2 billion Joint Infrastructure Road Repairs program that Cantrell’s predecessor, former Mayor Mitch Landrieu, announced back in 2016.

When Cantrell took office in May 2018, her transition team reported that less than 1 percent of that money had been spent in the previous two years under Landrieu and needed to be put to more efficient use.

“We’re (now) at about 22 percent, so still a long ways to go, but in a short period of time (we’ve been) able to cut out some of this red tape to get the projects moving,” Cantrell said.

But a week later, at a Sept. 5 news conference, Cantrell acknowledged that the spending on the Joint Infrastructure Road Repairs had risen to only 5 percent, or about $100 million. And when questioned by WWL-TV, the mayor also acknowledged that FEMA money is not for drainage lines, but mostly water and sewer mains.

She did say that the money is still important for drainage infrastructure because it could be leveraged to sell $500 million in drainage bonds.

The mayor said it's going to take more money to send crews underground, into canals, to clear out major obstructions, like a car from 2007 or earlier that crews found under the Lafitte Greenway earlier this month.

RELATED: 'Here we go again': Twitter captures flooding from all over New Orleans

Rainey said the Sewerage & Water Board recently asked the Downtown Development District, a quasi-public entity that receives tax revenue to support and promote business development downtown, to pony up $2.5 million to help with specific projects in that area. The DDD board still must vote to approve that request.

Whether the DDD approves the spending under the S&WB’s “fair share” initiative or not, Rainey said the S&WB has already diverted resources to investigate the canals running under Basin Street in Treme, Julia Street in the Warehouse District and Loyola Avenue in the CBD “to see if we can find an impediment that may be there and causing this to happen.” 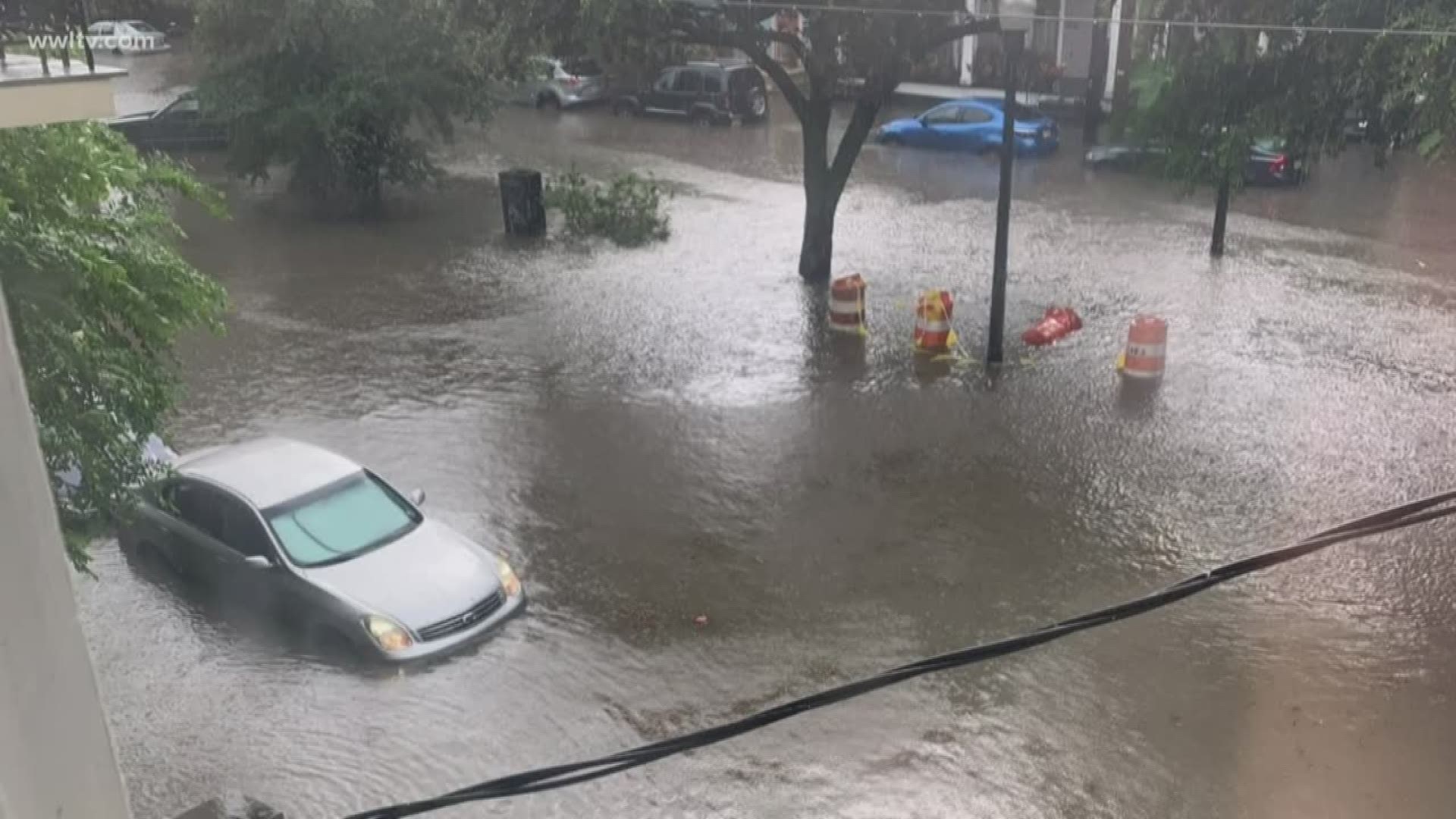 Editor's note: This story has been updated to clarify the use of Pump Station No. 1. It was also updated after a Sept. 5 news conference at which Mayor LaToya Cantrell corrected her previous statement about how much FEMA road repair money her administration had spent.