A resident who lives nearby said she was awakened as the machines powered on at 3:45 a.m. and were still running strong hours later. 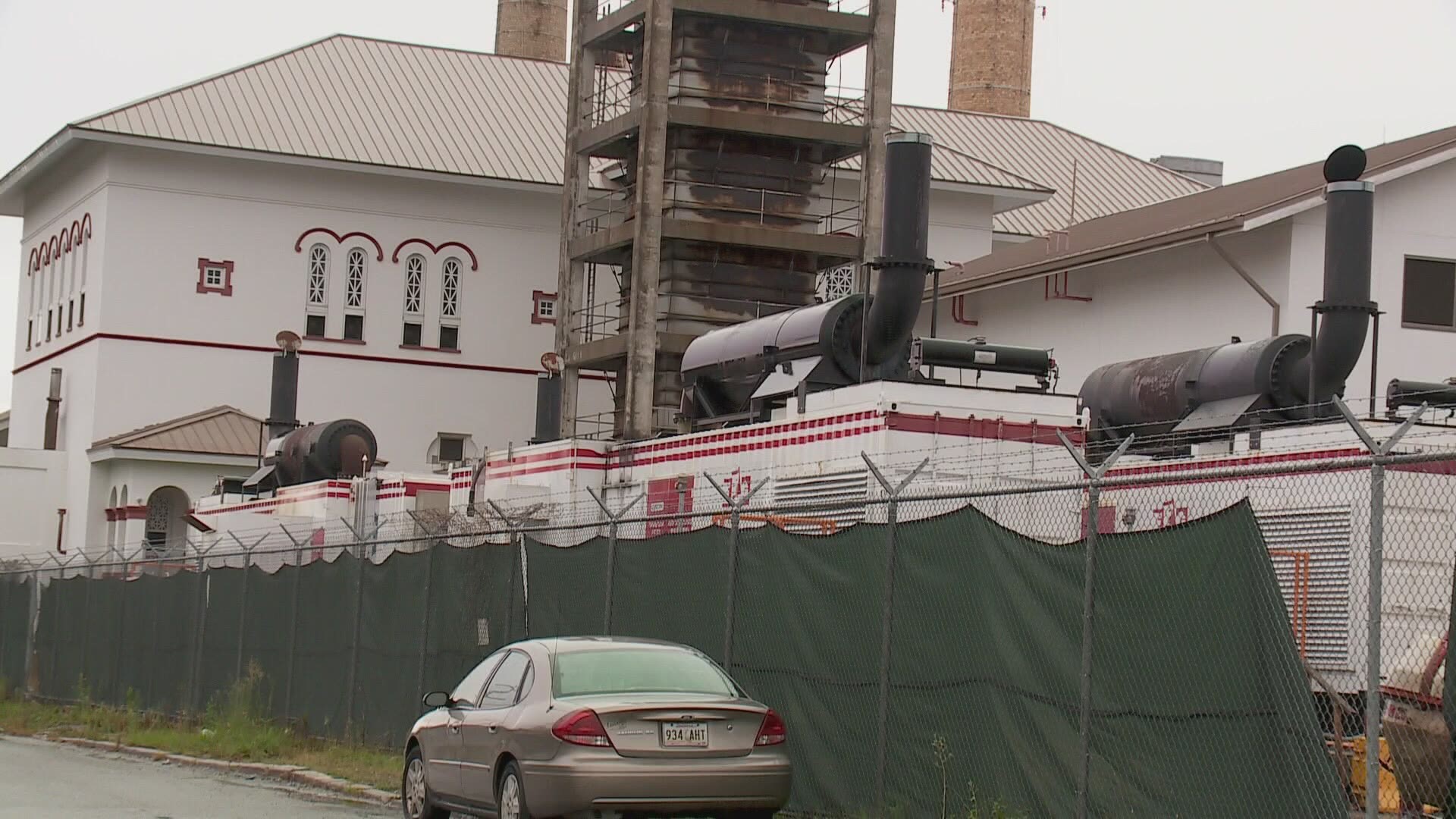 NEW ORLEANS — The Sewerage & Water Board’s new general superintendent wound up his first full week on the job by acknowledging his agency could have done a better job of informing neighbors about the need to run ear-splitting power equipment in the middle of the night.

“I do understand the inconvenience that the community is going through right now,” Ron Spooner said, addressing a virtual meeting of the Carrollton-Riverbend Neighborhood Association.

But the people living near the Sewerage & Water Board’s Carrollton Power Plant wanted Spooner to know they expected more than apologies.

“It doesn’t come down to whether or not you’re informing us when you damage our eardrums. It’s when you’re going to stop,” said Teresa Bode.

“Because the noise level is not a mere inconvenience,” said another neighbor, Melissa Lilly. “It’s not something we can live with. It’s really horrible.”

Lilly made a video for WWL-TV earlier this week of the agency’s electro-motive diesel generators rumbling full-blast at 5 a.m. after they kicked on and woke her up around 3:45 in the morning.

The EMDs were installed in 2017 to help the struggling agency with 12.5 megawatts of backup power, just in case the main power turbines ran into problems during a big rainstorm. But now, the two workhorse generators that typically power most of the system’s old drainage pumps, Turbines 4 and 5, have been out of service for months, forcing the EMDs to support the system’s normal drainage needs.

And the city’s older drinking water pumps now rely on ancient steam-powered Turbine 1, which only produces 6 megawatts and has a faulty seal in its steam vacuum system. That requires another loud piece of equipment called a “vacuum hog” to run at all times, adding to the noise nuisance.

Lilly asked why a sound barrier hadn’t been installed. Bode said she measured the sound levels from the EMDs at more than 100 decibels, the equivalent of a jet flyover at 1,000 feet and enough to damage eardrums over a sustained period.

Spooner said the agency needs to run the EMDs every 10 to 12 hours so they’ll be warmed up and ready whenever it rains in any part of the city. Bode wanted to know why that regular operating cycle had to include a shift at 3 or 4 a.m.

City Councilman Joe Giarrusso, who represents the Carrollton area and also runs the committee overseeing the Sewerage & Water Board, agreed that the schedule could be shifted. And he told the agency it must do more to set up a wall or other kind of sound barrier around the EMDs.

Spooner said the agency did a noise study about the EMDs in 2019, but said he didn’t remember the findings. He asked the neighbors for patience, until the main turbines to run the city’s drainage and water pumps, Turbines 4 and 5, can come back online in May and June, respectively.

He told neighbors to expect cranes to soon be on the scene, rebuilding the Turbine 5 stack that exploded in December 2019.

Lilly said she doubted that the old turbines, which have been in and out of repairs for years, would solve the problem.

“It’s all going to happen again, like it’s been happening since … 2012,” Lilly said, referring to the first time the century-old Turbine 4 was knocked out of service.

Giarrusso said the real long-term solution, a new Entergy substation complex that will deliver more reliable electricity to the Sewerage & Water Board, won’t be ready for at least two more years. That’s also when the agency expects to purchase and install a new Turbine 7 to replace another that went down last year for good, Turbine 3.