“Opening your monthly water bill should not create anxiety, but for so many people, that's a reality,” Giarrusso said. 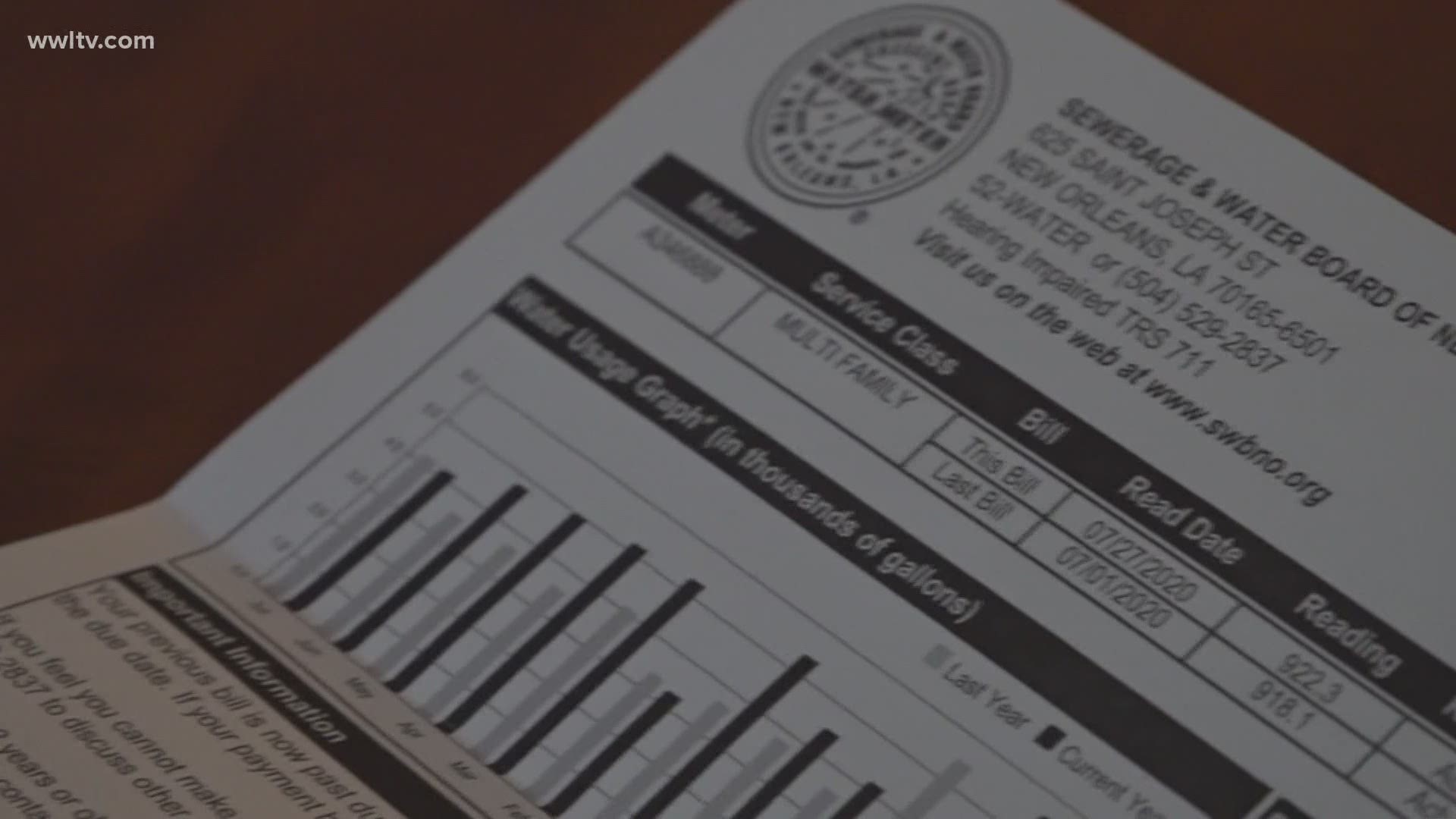 NEW ORLEANS — Like a broken record, billing problems at the New Orleans Sewerage & Water Board were once again the most contentious issue at Tuesday’s meeting of the City Council’s Public Works Committee meeting.

Committee Chairman Joe Giarrusso came down hard on the utility for the  persistent problems, from customers getting routinely overcharged to the labyrinthine nightmare they try to navigate to correct them.

“Opening your monthly water bill should not create anxiety, but for so many people, that's a reality,” Giarrusso said. “It's long past time for the Sewerage and Water Board to clean up its billing problems.”

Giarrusso gave an example of one constituent who received an erroneous residential bill for more than $29,000 and the Sewerage and Water Board still hasn't fully resolved the problem.

Addressing S&WB Director Ghassan Korban, Giarrusso even drew something of a line in the sand about what could happen if the agency doesn’t get its house in order.

“This council is empowered by ordinance to pass billing changes and other measures to bring the billing problem to heel,” he said.

Council member Jay Banks, who represents the council on the S&WB’s governing board, also acknowledged the billing problems. But he advocated for a different approach, suggesting giving Korban more time to make corrections.

“My mama got a bill that's screwed up, so I get it,” Banks said. “But I also don't know what the answer is that we can all of a sudden throw everything out and make it brand new and have it all fixed immediately.”

At one point, Giarrusso and Banks had a testy exchange over an earlier S&WB commitment to opening billing complaint satellite offices in each council district. Giarrusso said the offices were planned two years ago, but only one has been opened, in the Lower 9th Ward.

“If you're calling one in two years progress, we have different definitions of progress,” Giarrusso said.

“You didn't have any,” Banks responded. “And at this point you have one, so you do have some.”

“But 20 percent is better than zero percent,” Banks countered.

Korban was up front about the problems. He said one major problem leading to erroneous bills is a shortage of meter readers, leading to far more bills being estimated than coming from actual water usage readings.

While the problem existed before the coronavirus pandemic, he said COVID-19 greatly exacerbated it.

Korban said that actual meter readings dropped from about 80 percent of households to less than 30 percent. He said the recent addition of outside meter readers through an outside contractors has helped in recent weeks.

Korban said similar attrition issues hit the customer service department. At one point, the agency suffered an additional setback when a new person hired to run the department decided against taking the position.

“We struggled. And we found ourselves unequipped to handle customer service,” Korban said.

In the end, Giarrusso said he expects to see dramatic improvements by the time the S&WB is required to submit its next quarterly report in December. Korban accepted the challenge.

“We are on our way to get back to 80-85, maybe even higher,” Korban said. “And I'm basically going on a limb here and committing to that by the next quarter report.”

Giarrusso vowed to hold Korban to his commitment.