S&WB's Executive Director said the report ruled out human error on the part of his employees. 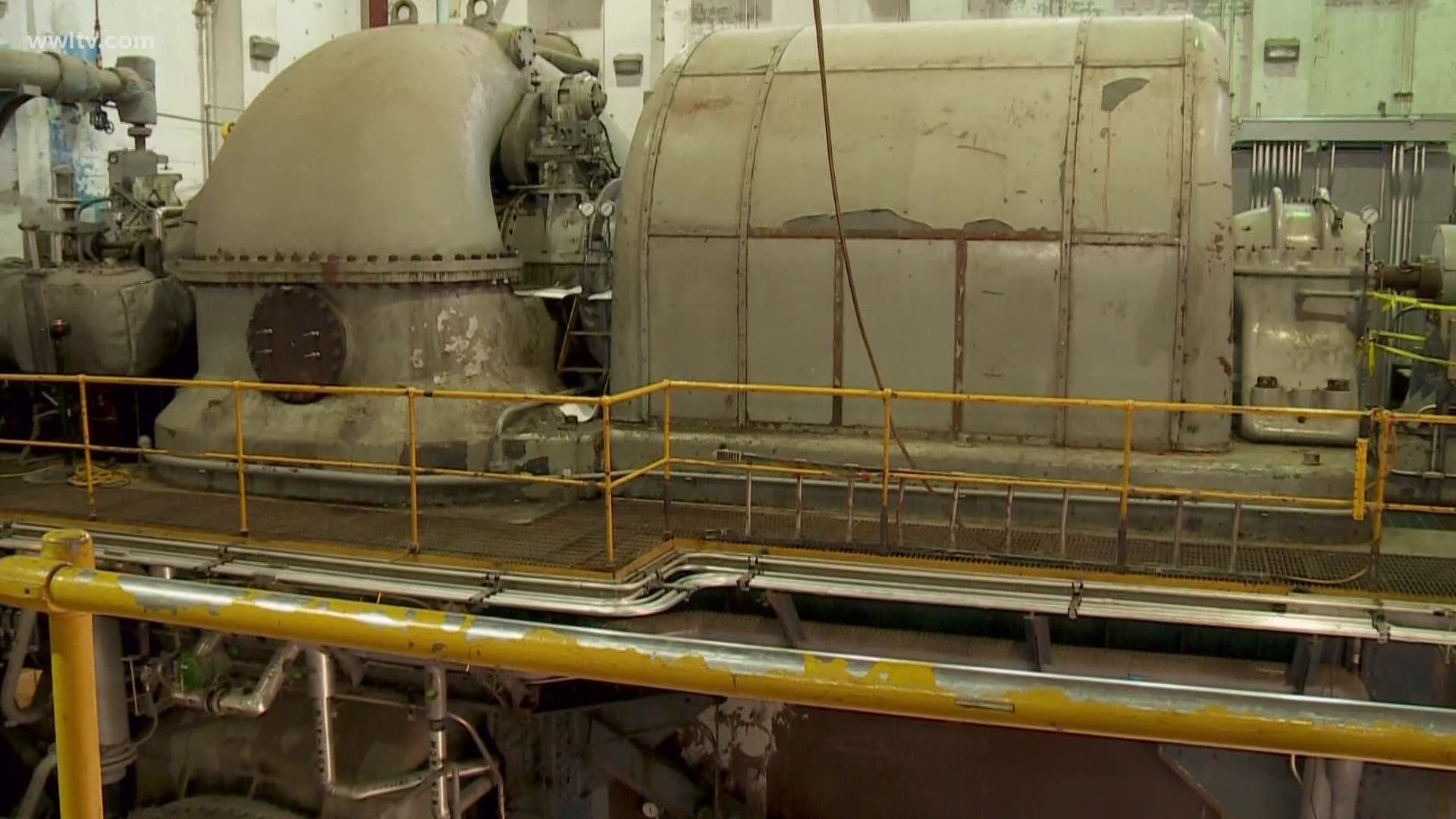 NEW ORLEANS — The surprise June 10 flooding in parts of New Orleans was caused primarily by unexpected heavy rainfall, but the inundation lingered because one of the Sewerage & Water Board’s power-generating turbine tripped offline due to a mechanical issue, Director Ghassan Korban said Wednesday.

Streets in  Mid-City, Treme and Gentilly were underwater for hours after 3-to-5 inches of rain fell unexpectedly beginning at about 7 a.m., according to the S&WB’s “after-action report.”

Korban said the report ruled out human error on the part of his employees.

“As a staff, we responded remarkably well,” Korban said. “Everybody who was involved did everything they were supposed to.”

The water was slow to drain when the utility’s workhorse power-generating turbine – Turbine No. 4 – tripped off as it approached near-peak capacity, Korban said.

While operators were careful to avoid cranking the 100-year-old machine to its full 18-megawatt capacity, Korban said, a faulty “governor” that regulates the turbine didn’t operate as designed, forcing the shutdown.

Prior to the loss of power, Korban said the flood was the result of a cascade of events that began with a weather forecast that didn’t account for the amount of rain that eventually fell.

“This was a storm that was under-forecasted, really. We were told an inch or two,” Korban said. “As the storm progressed, we recognized that it was really much more intense than forecast.”

The city’s real-time crime cameras helped guide S&WB operators in determining which pumps to turn on first. The system was working as designed, even as the cameras showed some areas flooding prior to Turbine 4 going offline and the pumps working at capacity.

As Turbine 4 was close to its limit, operators began shifting the pumps to other turbines, as well as the agency’s portable generators, known as Electro Motive Diesel generators, or EMDs.

Then, at 8:52 a.m., the operators switched a small in-house drainage pump off of the massive turbine and the machine shut itself down.

It took about two hours before Turbine 4 could be re-started, Korban said.

To avoid the same problem in the future, Korban said the agency is tweaking its protocol to crank up the other turbines and EMDs sooner. He also said the agency will adjust for storms that turn out to be heavier than forecast by lowering the weather forecast threshold for cranking up the aging turbines and generators.

The EMDs were brought in after major flooding on Aug. 5, 2017 to provide back-up power for the system’s aging turbines.

But now those large generators will be relied on much more, Korban said, especially since an explosion took out Turbine 5 in December.

With T5 now destined for the scrap heap and T4 showing its age, Korban said the agency is tweaking the power protocol to flip on the EMDs much sooner, even with a moderate rain forecast.

The one drawback to the generators is the jet engine-level noise they produce, a major nuisance for the homeowners who live adjacent the S&WB’s Carrollton plant.

“We have to be conscious of the noise it generates for the neighborhood,” Korban said, “but at the end needing them and having them be more readily available outweighs the noise that they make.”

For a longer-term solution, Korban said the agency is hoping to purchase an additional turbine. The utility has already identified a five-year old refurbished machine with a price tag of about $11 million.

Korban said he is preparing a full report on the purchase to present to the City Council with hopes of having the additional power on-line by the 2021 hurricane season.