Engineers who were on the ground during 9/11 are coming to assist in the response efforts. 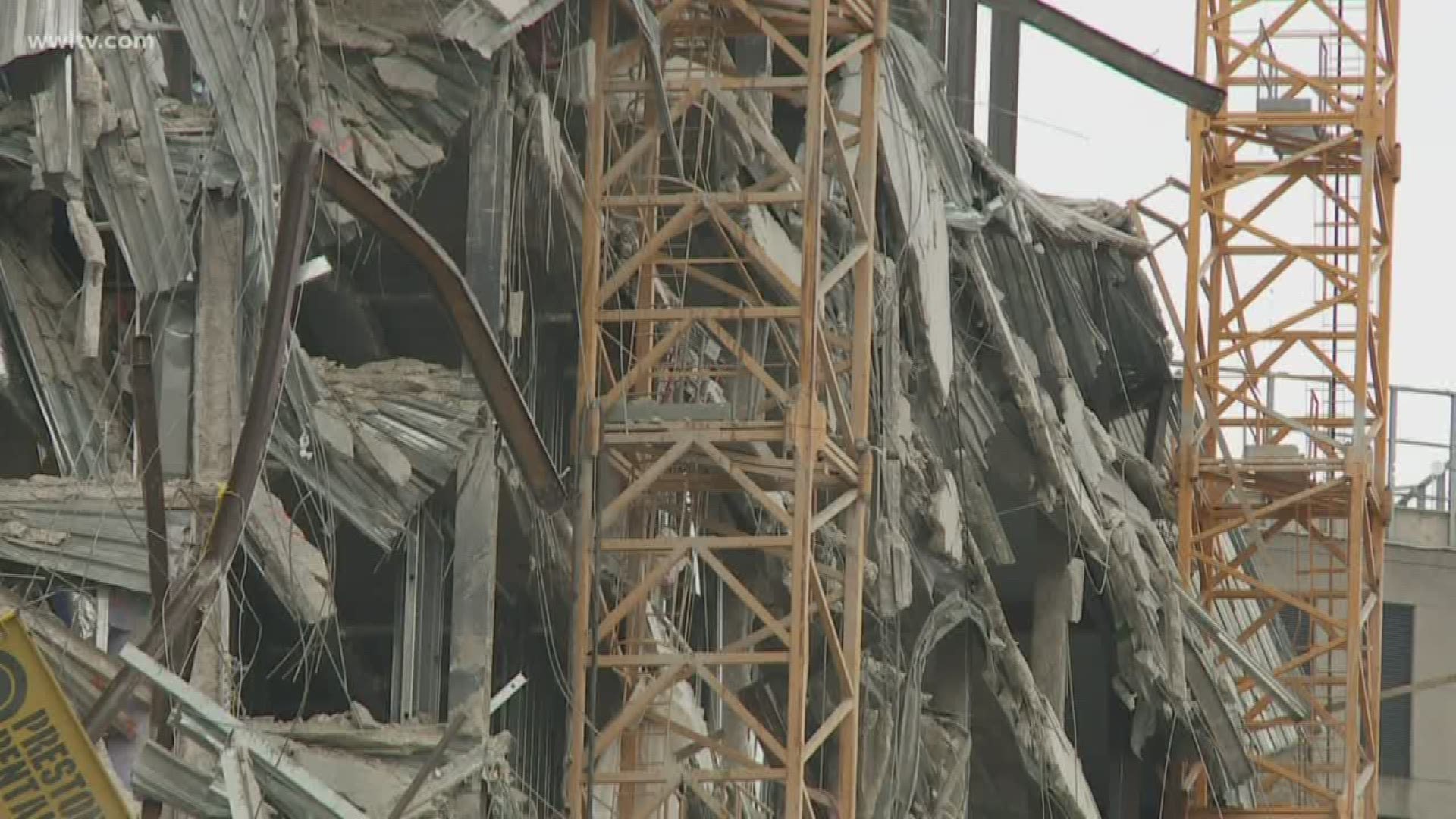 NEW ORLEANS — The search and rescue efforts are still underway at the Hard Rock Hotel, more than 60 hours after it collapsed. The structure is still too unstable for crews to get to parts of the building.

Engineers determined Monday that the second crane inside the building is also unstable and at risk of falling. The evacuation zone has been expanded a half- block to the other side of Canal Street.

Engineers who were on the ground during 9/11 are coming to assist to figure out what to do next.

"Hopefully we have a positive outcome, but as we get farther out it becomes more difficult," said NOFD Chief Tim McConnell.

Two people have died. The body of 49-year-old Anthony Magrette was pulled from the building Sunday. One person is still unaccounted for. His family has been waiting by the site for answers.

"If we believe we are close to someone, we will continue operations unless its unsafe," McConnell said.

Search teams are going inside with groups of up to 15 people and search dogs. They've been throughout the bottom eight floors of the building.

"So were positive there's no one else there so now we're above that in the collapsed area," McConnell said.

They're now looking in the most sensitive areas in the rubble.

"It's a collapsed area where we're working, so it's difficult," McConnell said.

RELATED: Did you work on the Hard Rock Hotel project? We want to talk to you

Monday the evacuation zone expanded since engineers determined both of the cranes inside the building are at risk of collapsing.

RELATED: Why did the Hard Rock Hotel collapse? Engineers investigate

They're still not sure how to stabilize them. Engineers have determined the cranes originally brought in to help will not work.

"They said absolutely not, you can't do it, the cranes could collapse," engineers told McConnell.

Now large equipment is being brought in. A handful of engineers are meeting every few hours to assess new plans. More are on the way.

"These are the best in the field. These are people who worked on the ground during 9/11," McConnell said.

With possible rainy weather coming, there's concern about how it could weigh down the building.

"Any weight put on that building causes a little more possibility of damage," McConnell said.

A large swimming pool that was part of the project is on the top floors. Firefighters connected a drain so water wont build up if it rains.

"Creating an opening so water can flow through," Cantrell explained.

Since plans are having to be reassessed, there is not a timeline on when the cranes will be stabilized.