Power was restored by 5 p.m. 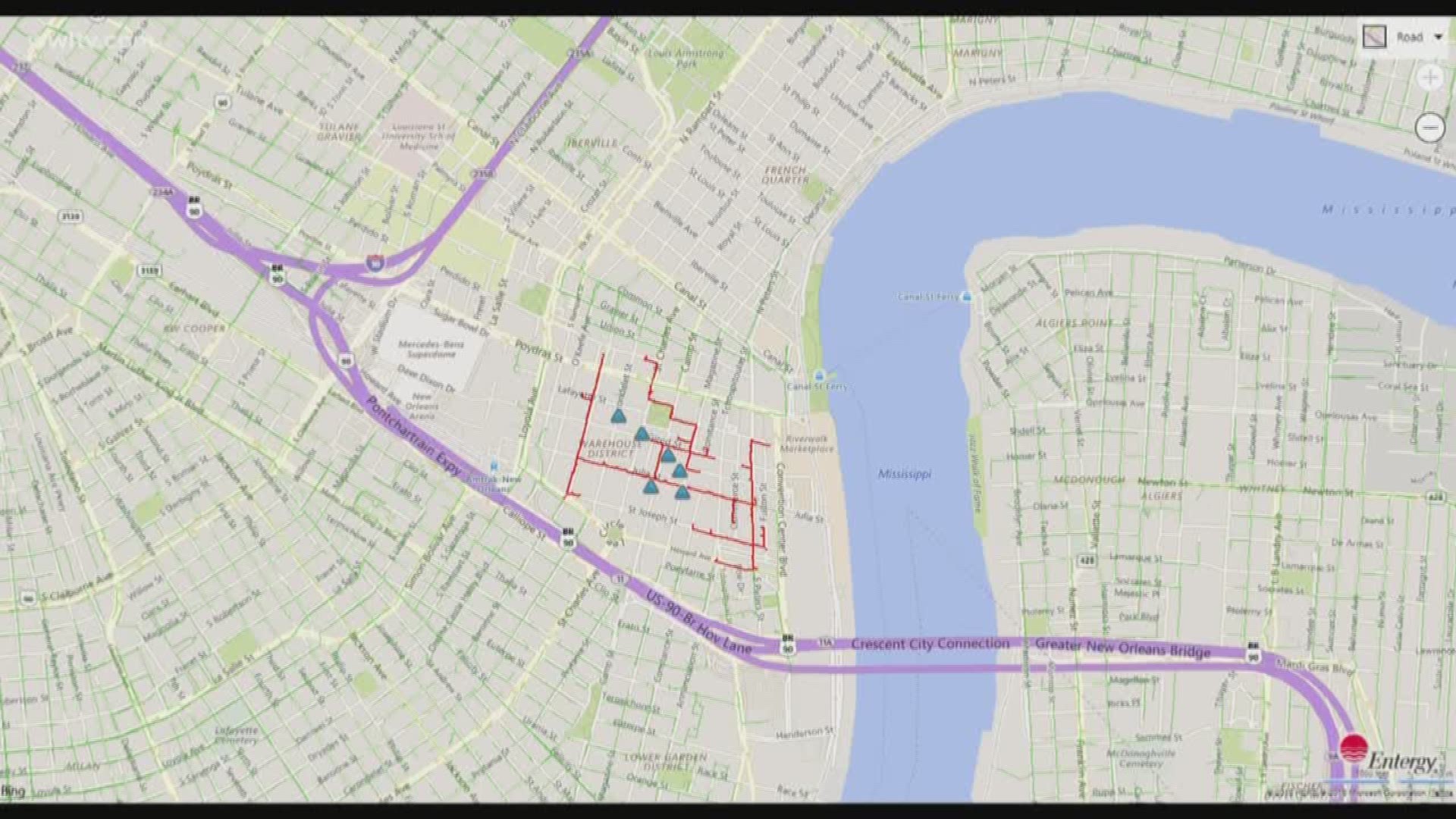 An Entergy spokesperson told WWL-TV about 3,000 customers were without power in the Warehouse District Sunday, but power was restored by 5 p.m.

The Entergy New Orleans power outage map showed one customer was without power, however red lines, which indicates power lines that are off, were on several streets throughout the Warehouse District, including parts of Julia St., Girod St., St. Joseph St. and Fulton Street. The outage was reported shortly after 3 p.m. and was restored around 5 p.m., according to the outage map.

A spokesperson said a mylar balloon hitting a power line was the cause of the outage.

According to WWL-TV Meteorologist Alexandra Cranford, a heat advisory has been issued for the area until Sunday at 8 p.m., with heat indices between 103 to 114 degrees.