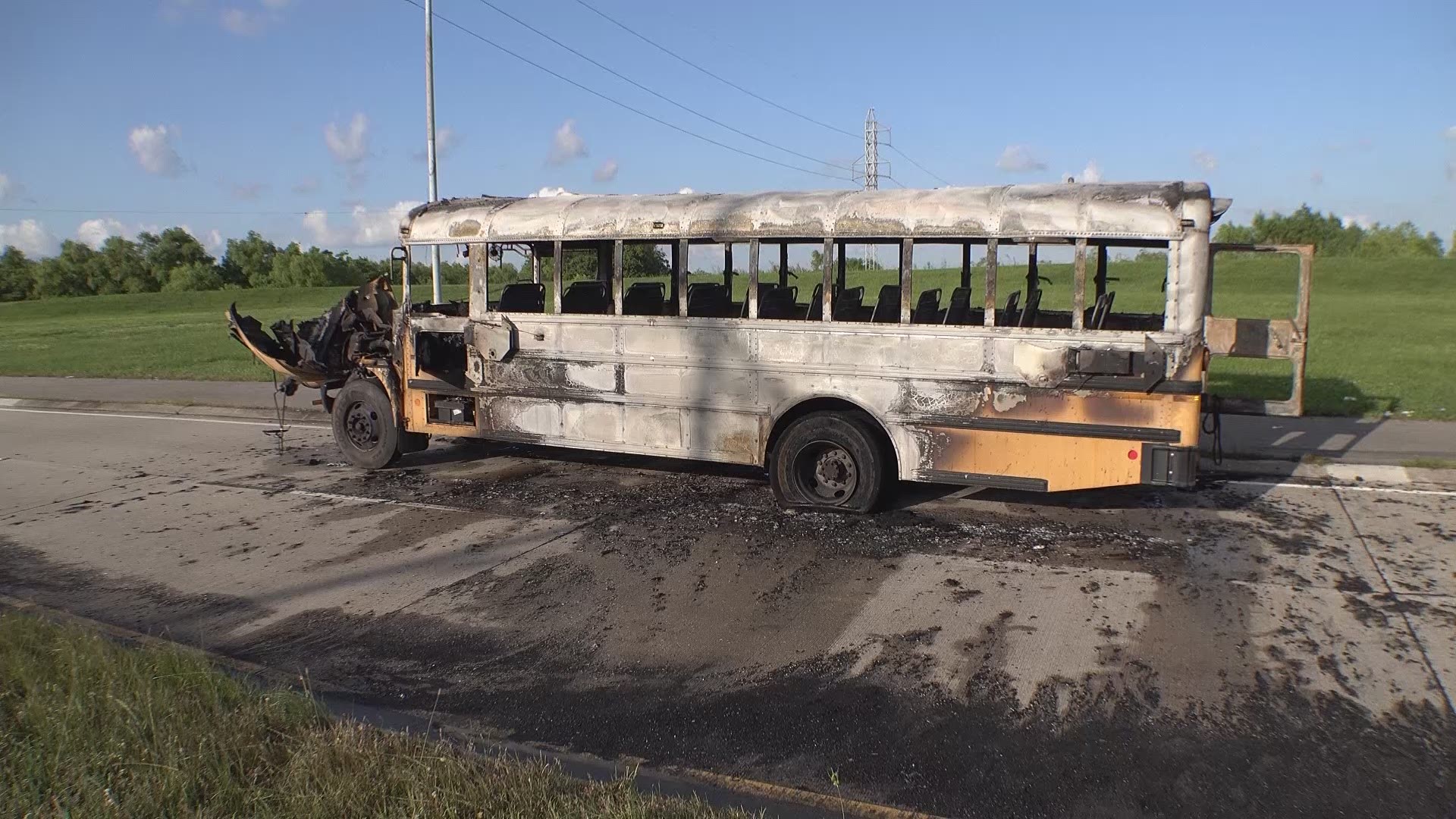 The bus was unoccupied except for the driver and there were no injuries, according to New Orleans Fire Department officials, who are investigating the blaze.

They said around 5 p.m., they received a call of a bus on fire on Paris Road near Hayne Boulevard, near James M. Singleton Charter School in the East.

Firefighters arrived to the scene to find flames and smoke lashing out of the length of the vehicle. They worked to get the fire under control, but the damage was done.

NOFD Officials said they weren't sure if the fire broke out while the driver was driving, but the bus was stopped when fire units arrived. The driver was not injured, they said.

The cause of the fire is under investigation.