Officials said the car fire happened at the corner of Lourdes Street and Savoie Court. 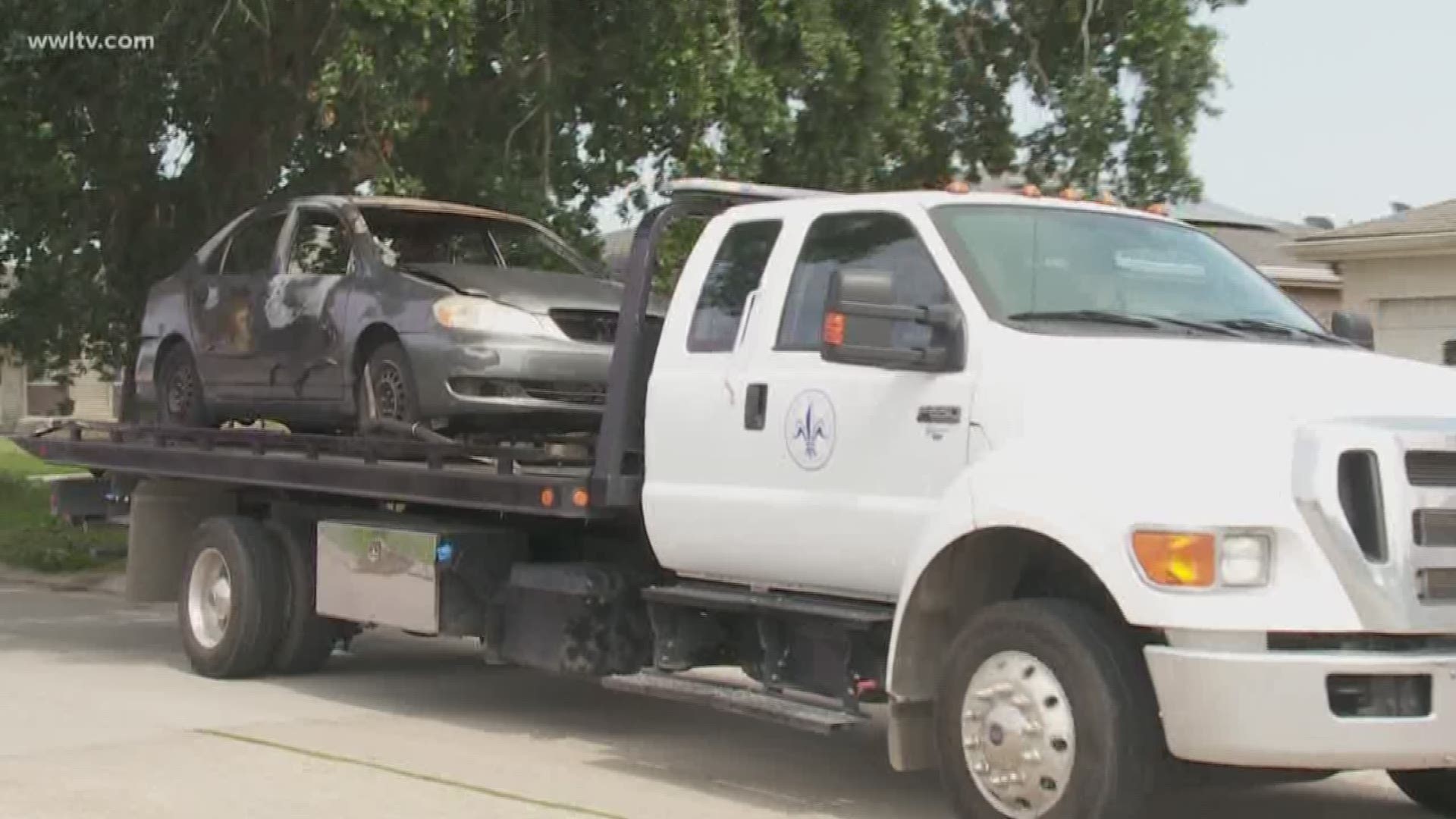 NEW ORLEANS -- The State Fire Marshal's Office along with NOPD and NOFD are investigating after a body was found inside a burned car in New Orleans East Sunday afternoon.

Police say a car was reported on fire near the intersection of Lourdes Street and Savoie Court around 12:18 p.m. A body was found inside after the fire was extinguished by NOFD.

The victim was sent to the Orleans Parish Coroner's Office for an autopsy and to determine the identity.

State Fire Marshal deputies are investigating a car fire with a body found inside at the intersection of Lourdes St. and Savoie Ct. in New Orleans East. Officials just towed the car away. pic.twitter.com/rvRdim72kp

The incident remains under investigation. Additional information has not been released at this time.

This story is developing. More information will be added as it is made available.