Officials say the fire began in a shed behind an apartment building. 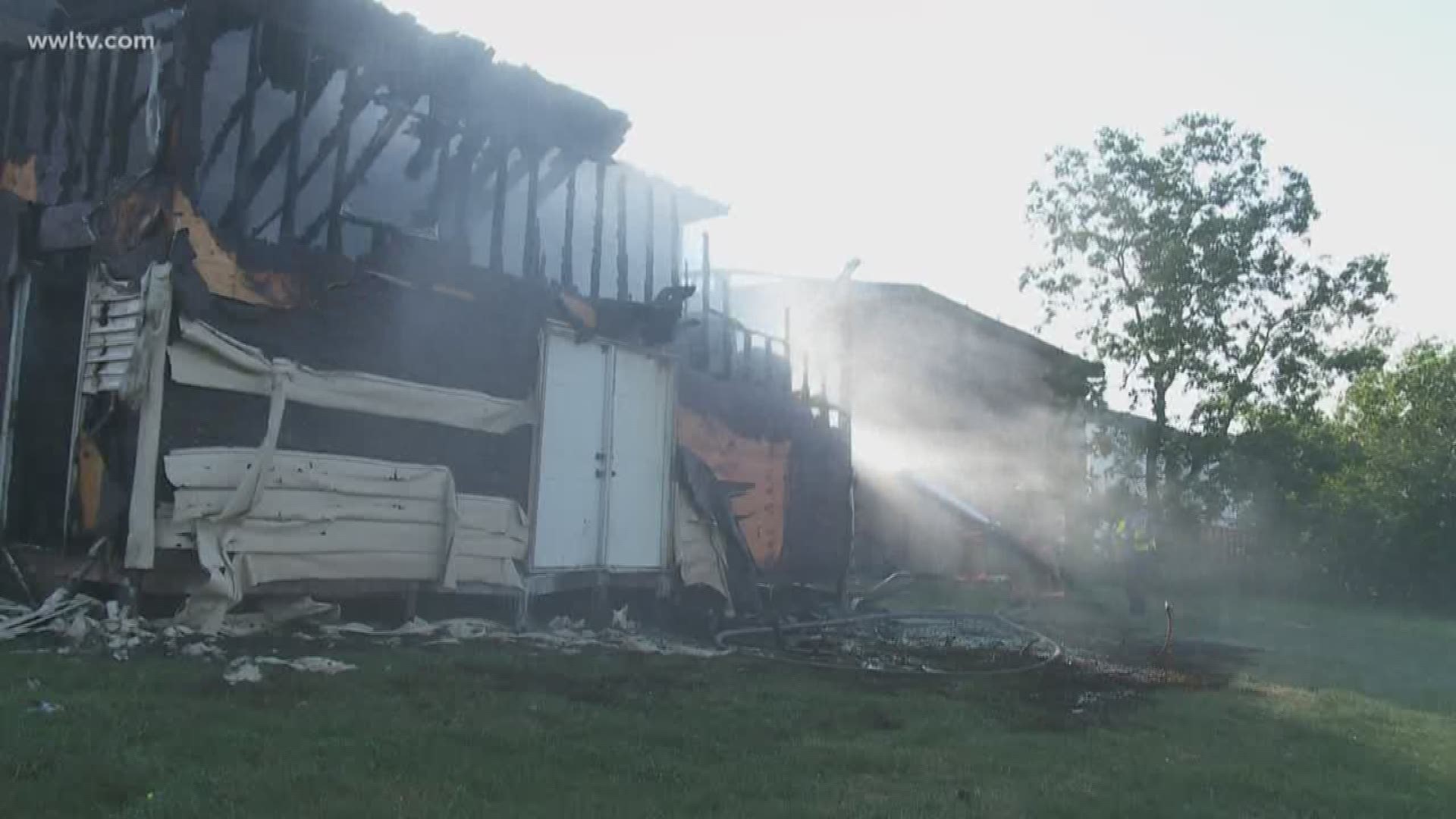 When firefighters arrived, heavy smoke and fire was coming from the back of one of the apartment buildings. One apartment was occupied at the time of the fire, however residents were able to make it our of the building, according to NOFD.

Officials said the fire began in a two-story storage unit behind the apartment building. The fire spread to the side of the building and into the attic. Firefighters had to access one of the unoccupied apartments to stop the spread of the fire.

No one was injured and firefighters were able to get residents out of the apartment, officials say. According to NOFD, an iguana was rescued from the building.