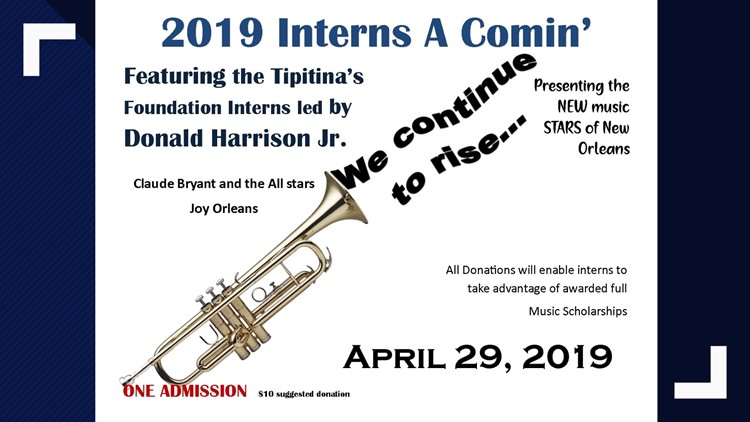 Photo by: Interns A Comin'

NEW ORLEANS — A dispute over the future of the Instruments A Comin’ fundraiser at Tipitina’s remains unresolved, but the former owner of the famed music club said he’s launching a new event to raise money for budding musicians.

Roland Von Kurnatowski sold the Tipitina’s club to the funk band Galactic at the end of November, but he did not relinquish control of the Tipitina’s Foundation that he and his wife Mary formed in 2002. The foundation retained the right to hold its signature fundraising event, Instruments A Comin’, for two years, although Von Kurnatowski only has until the end of May to relinquish the Tipitina’s name. Instruments A Comin’ raises money to purchase or refurbish instruments for young musicians and school bands. The event has put 5100 instruments in schools and other organizations since 2006.

Galactic put out a statement last week notifying the public that it was waiting on Von Kurnatowski to provide details about the event and that he had not been responsive. Von Kurnatowski denied that, saying he had understood that Instruments A Comin’ would be put on by the private music club to support the foundation, and “only the outside, preshow activities (such as the auction tent) were the responsibility of Tipitina’s Foundation.”

BACKGROUND: Tipitina’s says it can’t get answers about when — or if — Instruments A Comin’ fundraiser will happen

Von Kurnatowksi sent WWL-TV a statement Friday announcing that he and Donald Harrison, a well-known saxophonist, would instead put on a new benefit concert called Interns A Comin’ to raise money for the “interns” who learn music at Tipitina’s Foundation co-ops across Louisiana.

“I would like the music public to know that we are not the ones abandoning the Tipitina’s Foundation and the IAC event. We are the ones who spent 17 years creating it, nurturing it and protecting it. We spent countless hours and millions of dollars in personal contributions to make it happen and we are proud of the results that were achieved," Von Kurnatowski said.

Instead of holding the charity event at the Tipitina’s club Uptown, which Von Kurnatowski no longer owns, the event is scheduled for Monday evening at Lakeshore Landing, a venue Von Kurnatowski is developing on public land next to South Shore Harbor.

Von Kurnatowski has been accused of bilking investors in a series of lawsuits filed last year, charges he denies and ascribes to “misunderstandings.”