"When the tomb was painted, the archdiocese called me, as the action reporter for Channel 4, asked me to help raise the $10,000," Capo said. 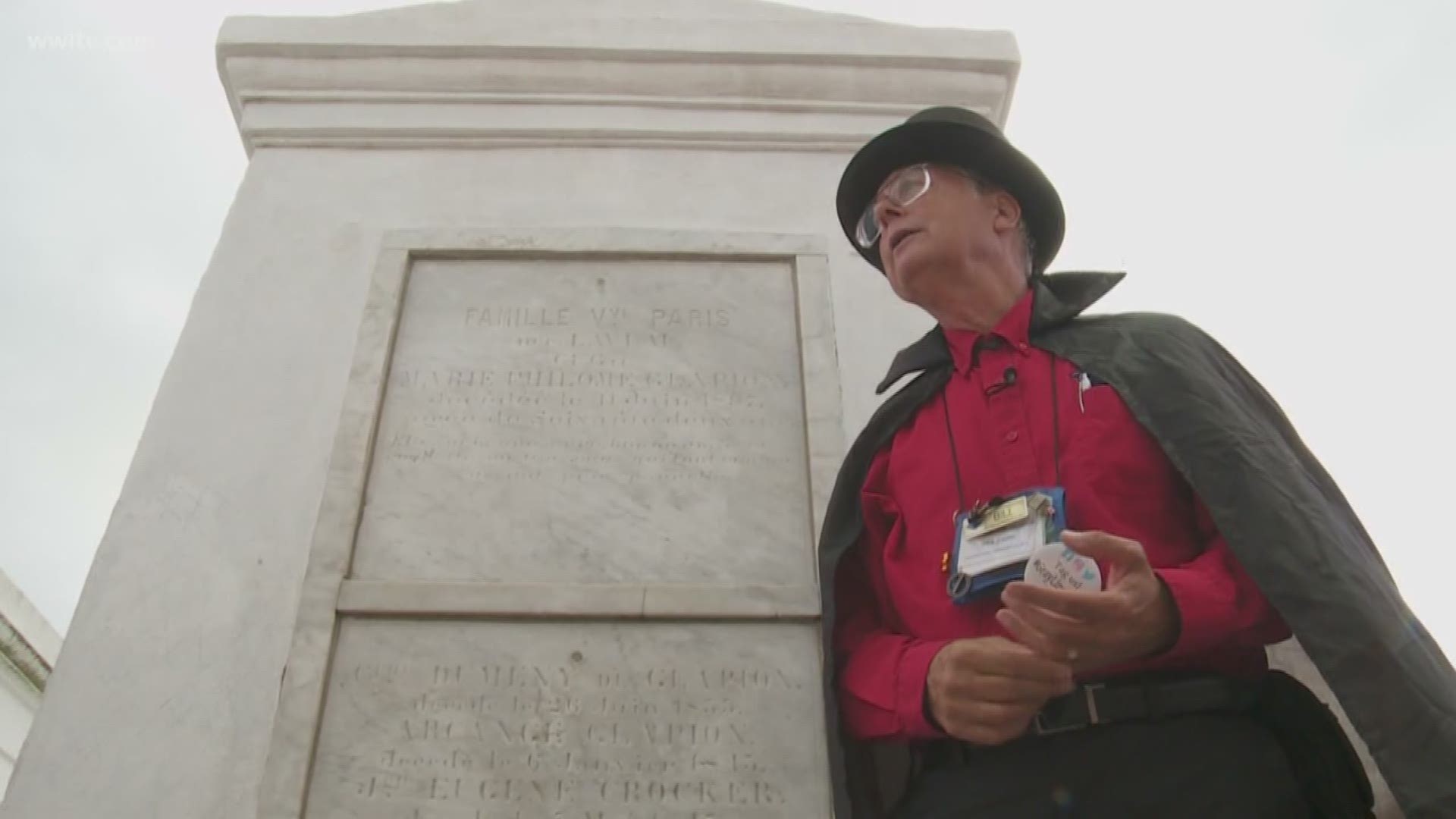 St. Louis Cemetery No. 1 cemetery is a busy place on Halloween.

People line up down the block and pull up by the bus load. There’s a familiar face that hops off one of those buses, even in costume.

He has a few simple rules when going on the tour.

It makes sense that Capo, who spent decades sharing stories at Channel 4, now shares stories with visitors from around the world.

“For 43 years, I stared at a television camera and now I talk to people, I catch their reactions, y'all having a good time?,” Capo asked to a tour.

Always the action reporter, he’s quick to point out tombs that need repairs.

“Now, there's got to be a pothole somewhere. Not in a cemetery! Take a look up. Anybody notice? Anybody need a shady spot to rest this evening,” Capo said as he pointed to a huge hole in the side of one of the tombs.

That is where is past and present collide.

“For a complex restoration like this, the price tag is about $10,000,” Capo said in one of his past reports.

“When the tomb was painted, the archdiocese called me, as the action reporter for Channel 4, asked me to help raise the $10,000,” he said.

And he did. Now, the tomb stands fully restored. Although tourists still try to get some good luck from Laveau by leaving three x’s.

“You can look up, you can Google the significance of three x's in the voodoo world, there is none!” Capo said.

And Capo will set them straight.

“It is quite a sense of relief, to know I had a little role in saving history,” he said.