Four N.O. officers killed in the line of duty honored at memorial 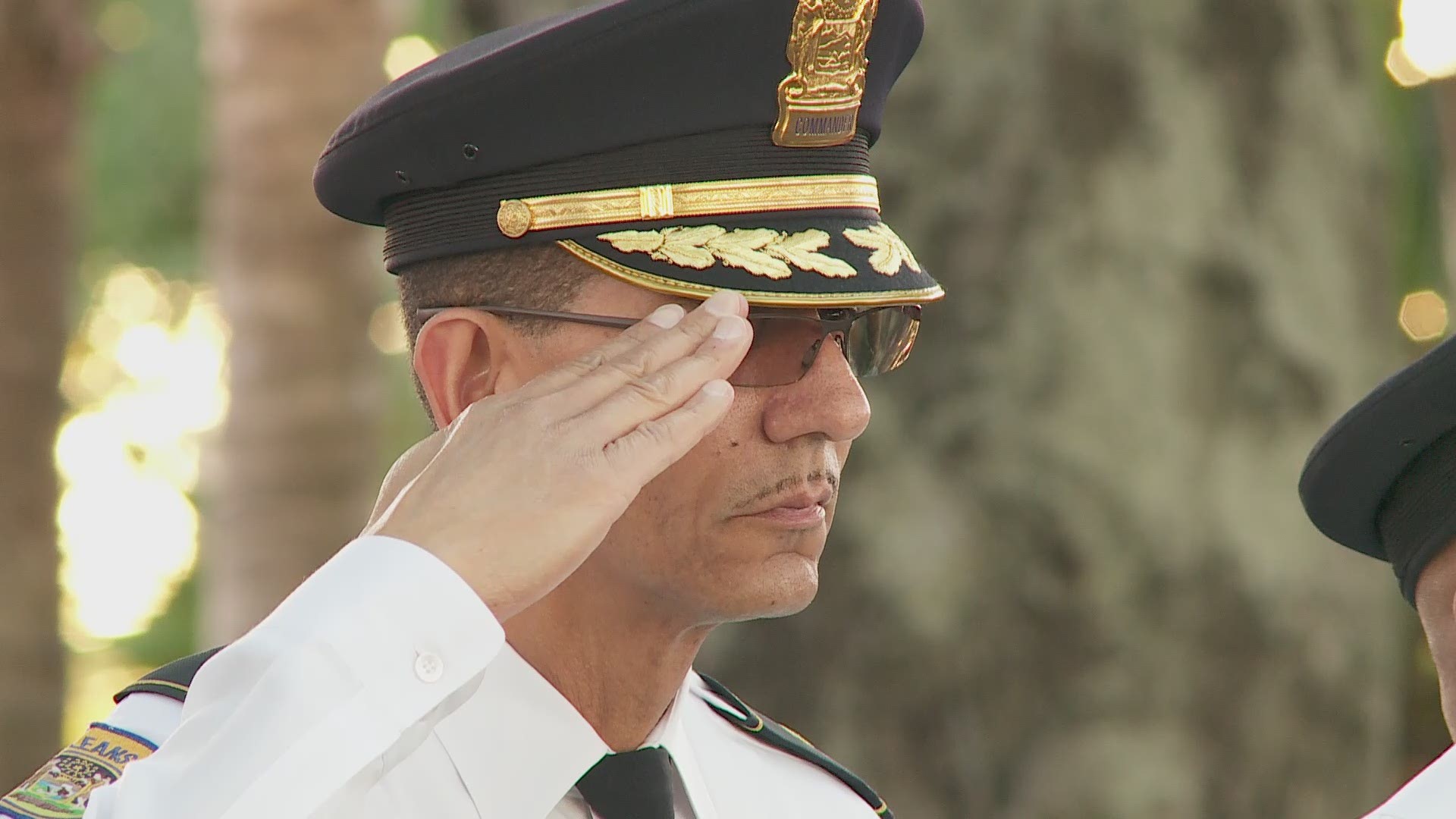 NEW ORLEANS -- A ceremony was held Wednesday honoring police officers from across the state who lost their lives in the line of duty, including four officers from New Orleans.

The memorial event was held at Lake Lawn Metairie Funeral Home and Cemeteries.

It featured a 21-gun salute and family members the officers left behind were honored.

Thirteen names were added to the monument.