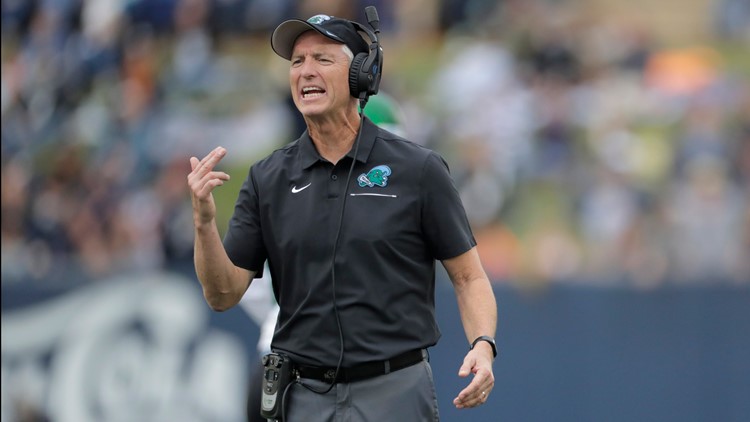 Tulane scored 24 second-half points and closed to the final tally after UCF recovered an onside kick.

The Knights (8-3, 5-2) entered having lost three games by a combined seven points but jumped to a 10-0 lead after Dylan Barnas’s 35-yard field goal and Gabriel’s 23-yard scoring pass to Marlon Williams (nine catches for 119 yards). Otis Anderson’s 44-yard scoring run put the Knights up 17-7 at halftime.

Mack scored on a 1-yard run in the third quarter and his 2-yard pass to Anthony Roberson gave the Knights a 31-17 lead before Barnas kicked what proved to be the winning 26-yard field goal.

Stephon Huderson returned a kickoff 98 yards for a score for Tulane (6-5, 3-4). Corey Dauphine ran for two TDs and the Green Wave closed to 34-24 after his 7-yard TD run in the fourth quarter.

RELATED: Saints: What to look for Sunday against the Panthers

After stopping the Knights on downs, Tulane’s Justin McMillan threw a 7-yard TD pass to Jalen McCleskey on fourth-and-goal with 26 seconds to play and UCF recovered the ensuing onside kick to seal it.