Grim list of deaths at police hands grows even after verdict

Juries have tended to give officers the benefit of the doubt when they claim to have acted in a life-or-death situation. 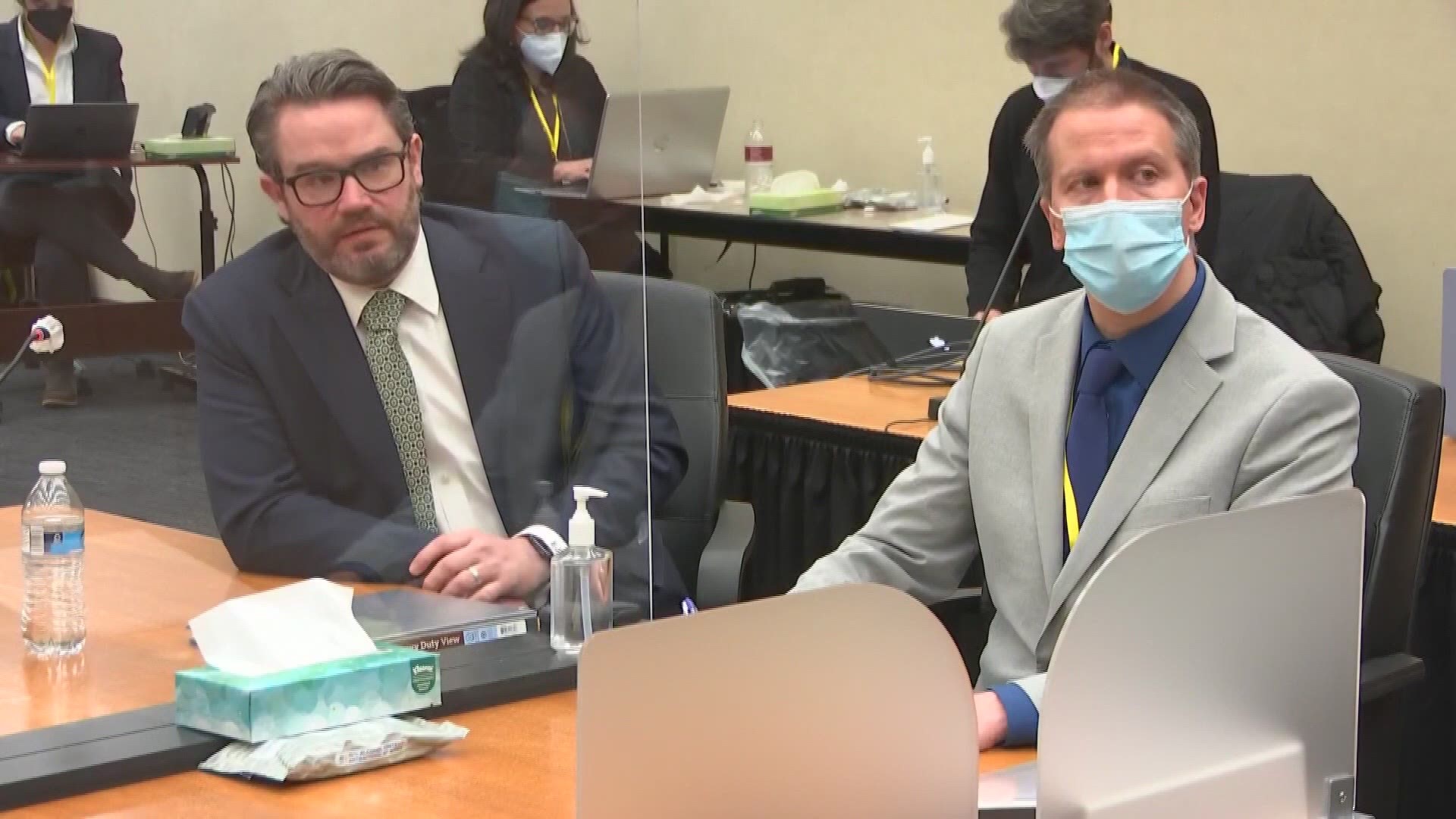 NORTH CAROLINA, USA — Just as the guilty verdict was about to be read in the trial of former Minneapolis police officer Derek Chauvin, police in Ohio shot and killed a Black teenager in broad daylight during a confrontation.

The shooting of Ma’Khia Bryant, 16, who was swinging a knife during a fight with another person in Columbus, is in some ways more representative of how Black and other people of color are killed during police encounters than the death of George Floyd, pinned to the ground by Chauvin and captured on video for all the world to see.

Unlike Chauvin's case, many killings by police involve a decision to shoot in a heated moment and are notoriously difficult to prosecute even when they spark grief and outrage. Juries have tended to give officers the benefit of the doubt when they claim to have acted in a life-or-death situation.

While Tuesday’s conviction was hailed as a sign of progress in the fight for equal justice, it still leaves unanswered difficult questions about law enforcement’s use of force and systemic racism in policing. The verdict in the Chauvin case might not be quickly repeated, even as the list of those killed at the hands of police grows.

“This was something unique. The world saw what happened,” said Salt Lake County District Attorney Sim Gill, who has examined over 100 use-of-force cases there. To have video, witnesses, forensic evidence and multiple police officers testify against one of their own is unique and “demonstrates how high the bar has to be in order to actually have that kind of accountability,” he said.

Convictions like Chauvin’s are extraordinarily rare. Out of the thousands of deadly police shootings in the U.S. since 2005, about 140 officers have been charged with murder or manslaughter and just seven were convicted of murder, according to data maintained by Phil Stinson, a criminologist at Bowling Green State University.

“This is a success, but there are so many more unjust murders that still need reckoning, that we still need to address,” said Princess Blanding, a Virginia gubernatorial candidate whose brother was killed by a Richmond police officer. Marcus-David Peters, who was Black, was fatally shot by a Black officer during a mental health crisis after he ran naked onto an interstate highway and charged at the officer.

In Columbus, Bryant had been swinging a knife wildly at another girl or woman pinned against a car when the officer fired after shouting at the girl to get down, according to police and body camera video released within hours of the shooting. The mayor mourned the teen's death but said the officer had acted to protect someone else.

Kimberly Shepherd, who lives in the neighborhood where Bryant was killed, had been celebrating the guilty verdict in Floyd’s killing when she heard the news about the teenager.

“We were happy about the verdict. But you couldn’t even enjoy that,” Shepherd said. “Because as you’re getting one phone call that he was guilty, I’m getting the next phone call that this is happening in my neighborhood.”

In Chauvin's case, by contrast, cellphone video seen around the world showed the white officer pressing his knee to the Black man’s neck for more than nine minutes as Floyd gasped for air. It sparked protests across the U.S., and Chauvin’s fellow officers took the extraordinary step of testifying against him.

“As we look to future prosecution, the question is going to be: Is this perhaps the beginning of a new era, where those walls of silence are not impenetrable?” said Miriam Krinsky, a former federal prosecutor and executive director of the reform-minded group Fair and Just Prosecution. Chauvin's case could also make future juries more skeptical of police, she said.

The day after Bryant was fatally shot, at least two other people were also killed by police in the United States.

On Wednesday morning, a deputy fatally shot and killed a Black man while serving a search warrant in eastern North Carolina. Authorities wouldn’t provide details of the shooting but an eyewitness said that Andrew Brown Jr. was shot while trying to drive away, and that deputies fired at him multiple times. And in the San Diego suburb of Escondido, police said an officer fatally shot a man who was apparently striking cars with a metal pole.

On Thursday, a funeral will be held for Daunte Wright, a 20-year-old Black motorist who was shot during a traffic stop this month in Brooklyn Center, Minnesota, just a few miles from the courthouse as the Chauvin trial unfolded. In Chicago last month, 13-year-old Adam Toledo was fatally shot less than a second after he tossed a gun and began raising his hands as an officer had commanded.

Kim Potter, a white police officer, has been charged with second-degree manslaughter in Wright’s shooting. The former police chief said Potter mistakenly fired her handgun when she meant to use her Taser; Potter resigned from the force afterward. Wright’s family has called for more serious charges, comparing her case to the murder charge brought against a Black officer who killed a white woman in nearby Minneapolis in 2017.

The Cook County state's attorney’s office will decide whether to charge Eric Stillman, the white officer who shot Toledo on March 29 in Little Village, a predominantly Hispanic neighborhood of Chicago's southwest side. The boy, who was Latino, appeared to drop a handgun moments before the officer shot him. The graphic video of the boy’s death sparked outrage, but some legal experts have said they don’t believe Stillman could or should be charged under criteria established by a landmark 1989 Supreme Court ruling on the use of force by police.

Instead of just prosecuting officers after shootings happen, more must be done to prevent such encounters from happening in the first place, said Eugene Collins, who was a local organizer for the NAACP’s Baton Rouge, Louisiana, branch when Alton Sterling, a Black man selling CDs in front of a convenience store, was shot and killed by a white police officer in July 2016. The two officers involved in the encounter weren't charged in his death.

“We’re pulled over more, stopped and frisked more,” said Collins, now head of the NAACP branch. “It’s about putting responsibility on the policymakers.”

Activists say the fight for police reform and a more just legal system is far from over.

Rachael Rollins, the first woman of color to become district attorney in Massachusetts, said it must start in part by breaking down the misconception that questioning the police or suggesting ways they can improve means “you don’t back the blue.”

“The police have an incredibly hard job, and believe me, I know there are violent people that harm community and police but that’s not all of us. So we have to acknowledge that it’s not working and we have to sit together to come up with solutions, but it's urgent,” said Rollins, the district attorney for Suffolk County, which includes Boston.

“I’m afraid, I’m exhausted and I’m the chief law enforcement officer so imagine what other people feel like," she said.

Associated Press reporters Denise Lavoie in Richmond, Va., and Rebecca Santana in New Orleans contributed to this report, as did Farnoush Amiri in Columbus, Ohio, a corps member for the Associated Press/Report for America Statehouse News Initiative. Report for America is a nonprofit national service program that places journalists in local newsrooms to report on undercovered issues.