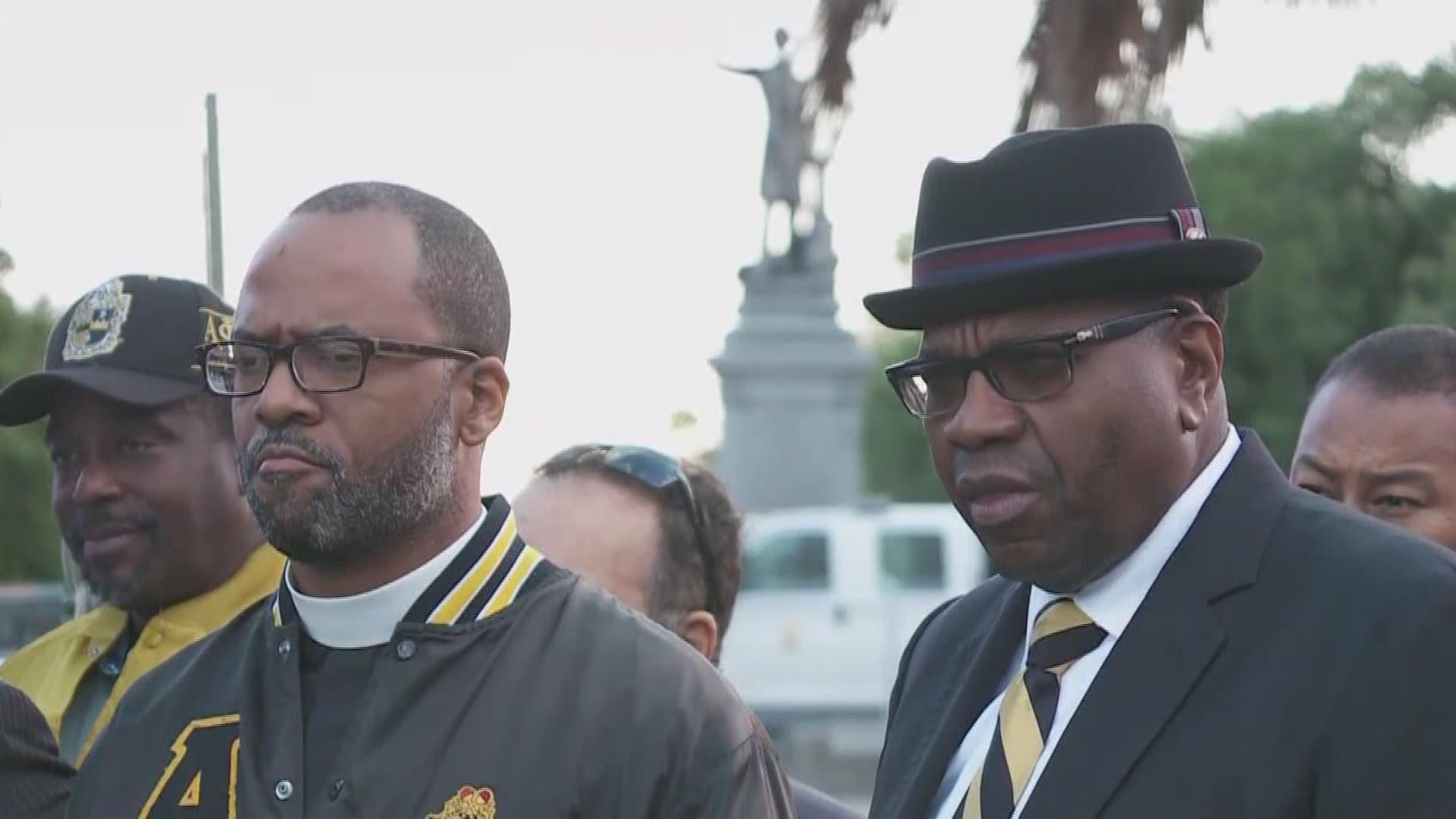 NEW ORLEANS -- After heated protests earlier this week at the Jefferson Davis monument, one group held a vigil asking for peace.

Holding hands and saying prayers, the men of Alpha Phi Alpha Fraternity, Incorporated, gathered together in front of the monument in Mid-City asking for the peaceful removal of the statue.

"We've been talking about it, but now it's time that we actually pray about it," fraternity member Marion Bracy said.

They have seen racial tension change over those years, however many of the men feel the past still haunts the city with these statues on display.

"They from our perspective are symbols of hatred. They are symbols of a retrogressive past. We do not want to return to that past," Reverend Jay Augustine, National Chaplain of Alpha Phi Alpha Fraternity Inc. said.

Mayor Mitch Landrieu is expected to take down the Jefferson Davis monument, along with P.G.T. Beauregard and Robert E. Lee's statue at Lee Circle.

It's a topic that carries strong emotions on both sides. Just this week, a bill aimed at protecting veteran's monuments passed the state house committee. It the proposal passes, it could change the procedure for taking down the Confederate monuments.

"I have kept up with what's going on in Baton Rouge," said Rev. Augustine. "They bare historical significance, there's no doubt about that, but I think that significance should be preserved in a museum or perhaps in a history book."

Remy Williams and Jonathan Stewart have watched the protests over the past few days.

"Feeling so much of the tension over the days and feeling just this outside energy that didn't seem to want to lift up the city at all, in fact, it was really scary just to want to be in the neighborhood for all these days and to have this finally. Just felt like, something really important," Eames said.

The men know they can't change everyone's mind on the issue, but they're hoping that by praying here, it will quell some of the anger.

"As we look at our city, as we're making three hundred years, I think it's important that races come together and unite," Stewart said.

There were several pro-monument supporters of the monument on site, however, they left before the prayer vigil began.

There's no word on when the Jefferson Davis, Robert E. Lee and P.G.T. Beauregard monuments will come down.