Friends of the Lafitte Greenway recently held a meeting on Wednesday to see what people would like to see on the last half mile of the trail. 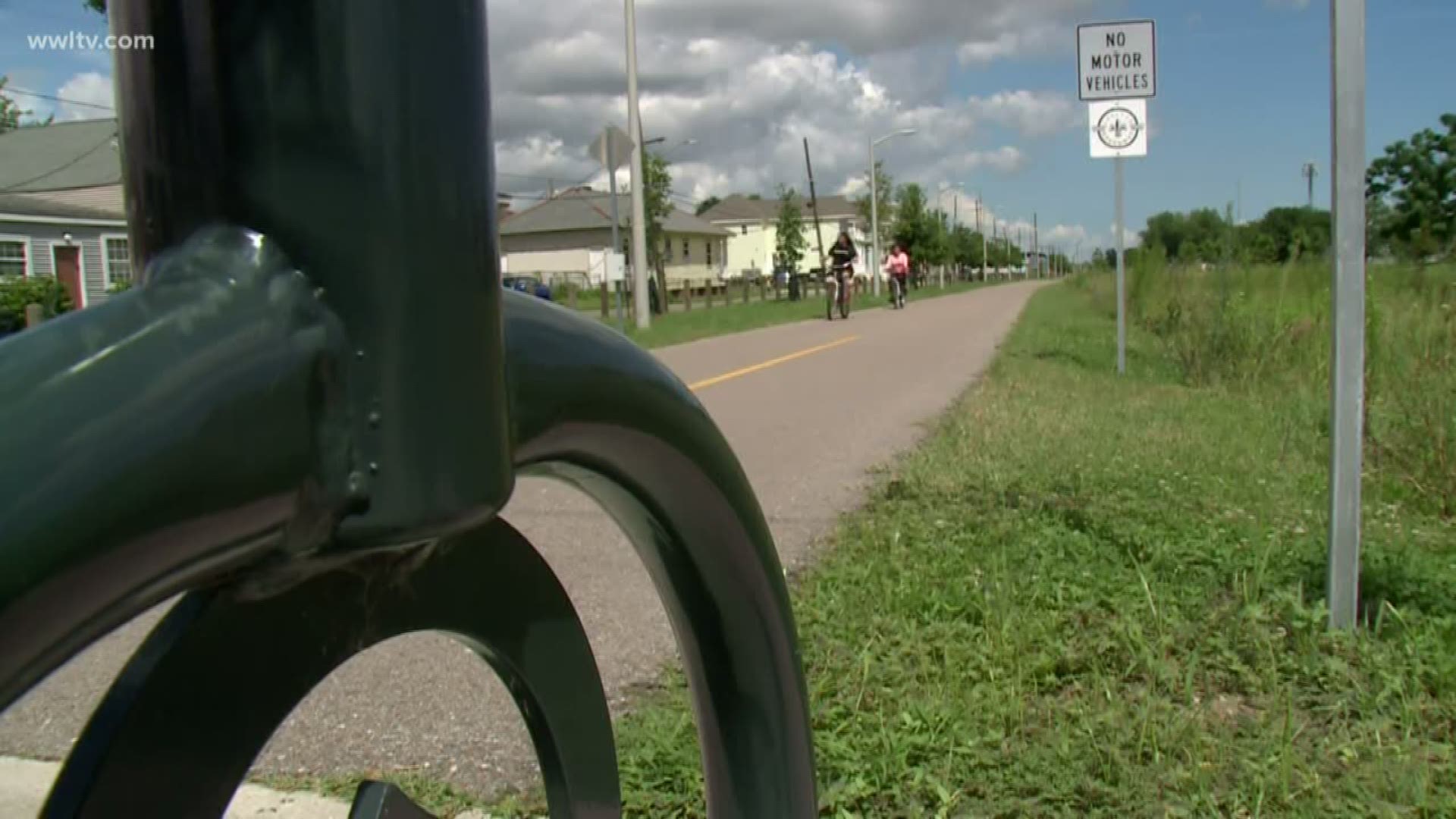 NEW ORLEANS — For Brendan Donald, the Lafitte Greenway is an easy route for him to get to work.

"I'm a bartender in the French Quarter, so it's easier to walk to work or ride my bike. I use it almost everyday," he said.

Besides work, Donald is one of many New Orleans residents who uses the Greenway to exercise.

“I run up and down this, it's two miles which is nice calculating that, I'll run this back and forth," Donald said.

Many say they use the space because it's the safest way to get where they're going. Donald is one of those many people who said he wants to see the Greenway expand.

"There's not many safe roads in New Orleans where you can ride your bike in the street and be out the way of traffic, so the Greenway provides a lot of safety for that," Donald said.

According to the highway safety research group at LSU, Louisiana's roads see hundreds of crashes involving bicycles each year. In 2018, about 860 people in the state were in bicycle-involved crashes. This year, the group expects that number to stay about the same.

Some crashes, however, are deadlier than others

During Carnival this year, two people were killed and seven others injured when police say a New Orleans Police officer’s son, Tashonty Toney, ran into a group of bicyclists with his car.

“The Greenway is a protected bike network, it's protected from on street traffic," said Sophie Vorhoff with Friends of the Lafitte Greenway.

Leaders with the group, like Vorhoff, said they’re hoping to expand the trail for another half mile to Canal Boulevard.

The non-profit is looking to get community input on what they'd like the trail to look like in the future, with options ranging from playground equipment to basketball courts.

Vorhoff said that would provide more options for the people who walk and bike along the Greenway.

"It's great for folks, for kids, for folks you don't want them exposed to cars. The city is doing really great work to expand the bike network through their moving New Orleans bike plan. The Greenway is the best example of this right now," she said.

Friends of the Lafitte Greenway recently held a meeting on Wednesday to see what people would like to see on the last half mile of the trail.