“My car was hit and costs about $6,000 worth of damage. From someone who tried to go around it. Of course that person was not found," one resident said. 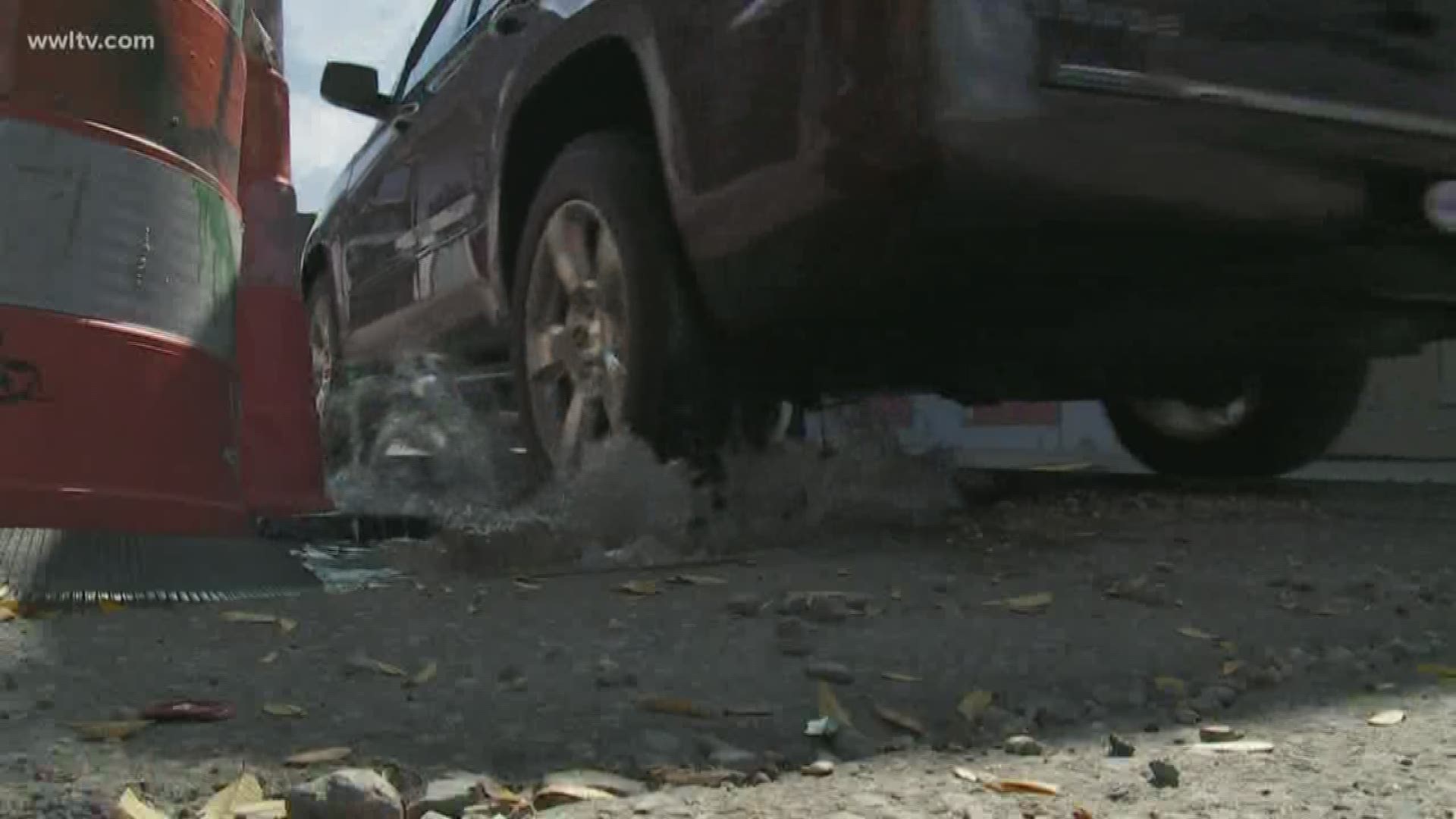 It started with a phone call to the WWL-TV newsroom and a cellphone video that captured a carriage trying to dodge a large pothole in the 1200 block of Royal Street.

“I’m calling to report a terrible, terrible pothole. It just keeps getting worse and worse and worse. Is there any way you can help me?” The caller asked.

Eyewitness News went to the French Quarter to check out the disintegrating street and see what other residents had to say.

“It's unsafe. The city’s doing a whole bunch of other stuff, at least help do this one pothole,” resident Jarred Halverson said. "This is one of the most important parts of the city. It's right in the beginning of the Quarter.”

One car after another, drivers swerved to dodge hole. Many couldn’t avoid it.

"It's good that y'all are filming with all of this going on,” resident Wanda Joffrion said.

“Even trucks go down to the bumper you know. That's crazy,” Halverson said.

Not only do residents say it is an embarrassment when tourist go by, they also say that it’s costly.

“My car was hit and costs about $6,000 worth of damage. From someone who tried to go around it. Of course that person was not found. They went around it, struck my car and left,” Wiggins said.

Residents said they watched as the large metal plate haphazardly placed over the pothole was installed by a city truck. After repeated calls to have the plate moved, those residents were told it couldn't happen because "The river's too high."

That is true. The Sewerage and Water Board says they can’t make any repairs right now because of the Mississippi River.

Eyewitness News reached out to the Army Corps of Engineers. They said the work it would take to fix the pothole can't happen when the Mississippi River is higher than 15 feet. This is because the repairs "...could adversely affect the integrity of the federal levees and structures."

Right now the River level is below 15 feet, so some exceptions are being granted, Corps officials said. An example of one of those waivers is the major construction currently happening on Bourbon Street, a location also not far from the river, which city officials said was OK'd by the Corps and the Levee District.

However, normal repairs can't resume until the level goes below 11 feet, which the National Weather Service projects to happen around August 20.

For the residents living and working  on Royal, they’re tired of the talk.

“When are you gonna get it fixed?” Joffrion said.

“I think that’s an excuse this week, but next week, there will be something else,” Wiggins said.

"The Corps and State of Louisiana have established distances for certain types of work that can adversely affect the integrity of the federal levees and structures. All work that may impact Mississippi River and Tributaries (MR&T) levees, which includes transport of heavy loads over the levee, disturbance of grass cover, or subsurface work within 1,500 feet of the levee, is prohibited when the Mississippi River elevation reaches 11 feet and rising at the Carrollton Gage in New Orleans. Waivers are considered on a case-by-case basis and when the river is between 11 and 15 feet on the gage and are dependent on many circumstances, including surrounding subsurface ground conditions.

Currently the river is below 15 feet so some waivers are being granted for projects, once it falls below 11 feet operations can resume as normal. The current forecast from the National Weather Service has the river falling below 11 feet Aug. 20."