As the dark vehicle drove through the intersection, the gunman climbed out from the light SUV's rear passenger door and opened fire. 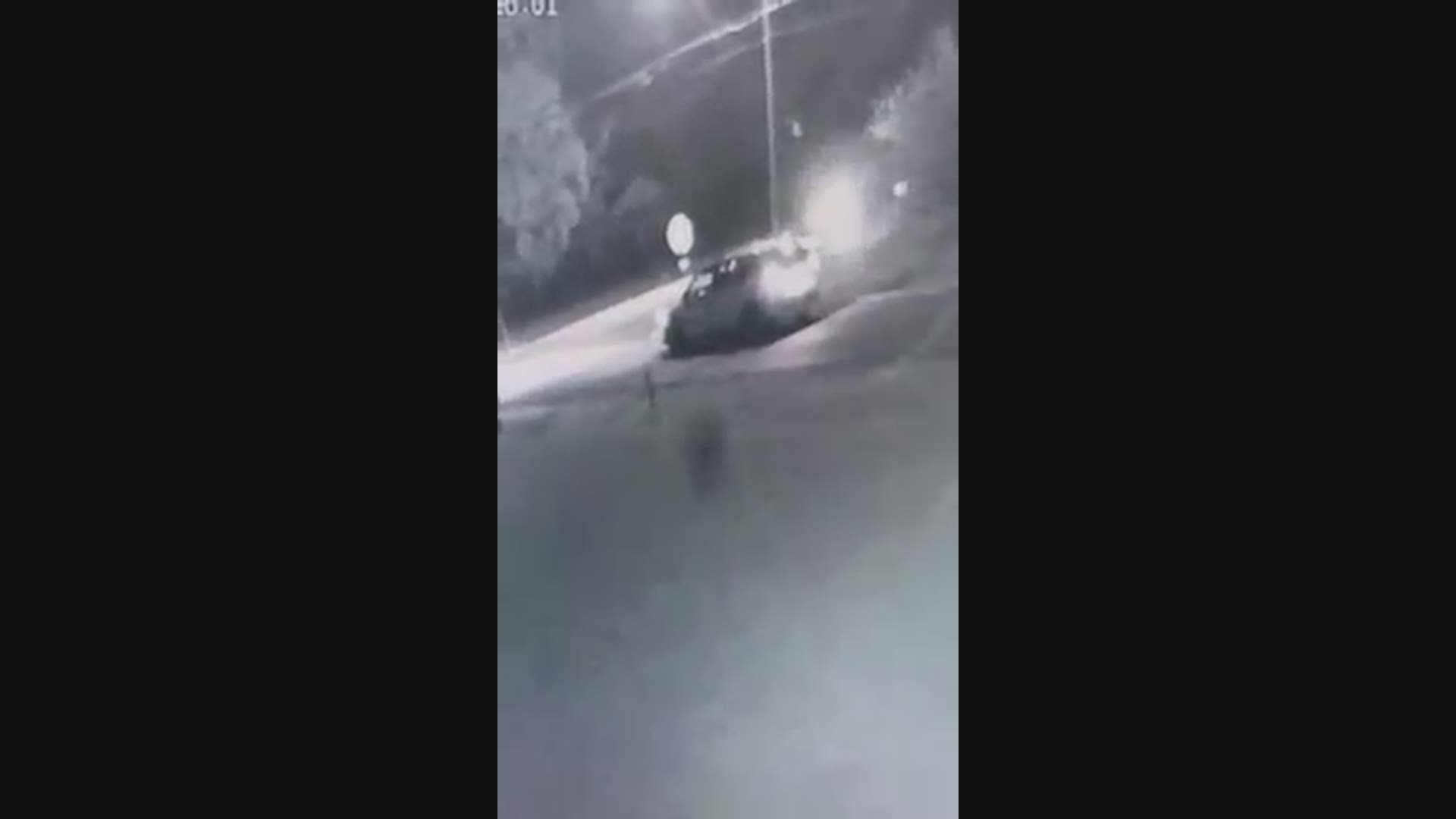 The gunman can be seen climbing out of the back seat of a car that deputies described as a small light-colored SUV that "closely resembled a Jeep Compass," before firing multiple shots.

The light-colored SUV was driving north on 11th Street, stopping at the intersection with Avenue E.

That's when a dark-colored vehicle that looks like a Dodge Charger was driving west on Avenue E.

As the dark vehicle drove through the intersection, the gunman climbed out from the light SUV's rear passenger door and opened fire.

During the shooting, a Tangipahoa Parish Sheriff's Office car was struck by rifle fire, breaking three windows and a mirror.

Parked near the intersection, the car was an unmarked vehicle assigned to a detective. No one was hurt in the shooting, sheriff deputies said.