Blue was killed in the line of duty on Sept. 10 while tracking a suspect who fled from a stolen vehicle. 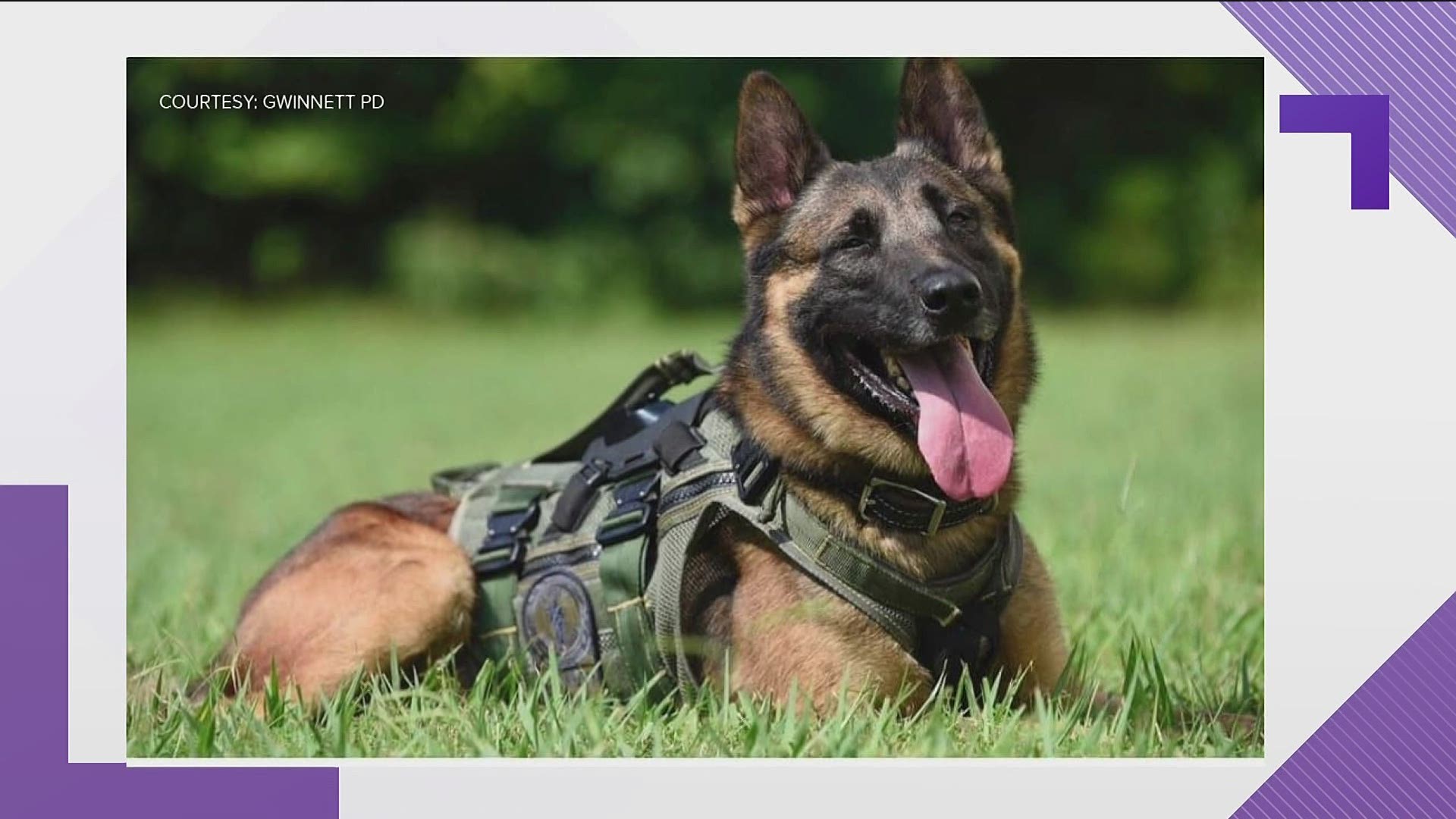 Blue was killed in the line of duty on Sept. 10 while tracking a suspect who fled from a stolen vehicle in the area of 1990 Willow Trail Parkway in Norcross.

Blue worked with the Gwinnett County Police Department for just over one year as the agency’s first dedicated SWAT K-9, they said. He was a dual purpose tracking, apprehension, and explosives detection canine.

Blue will be laid to rest at Oak Rest Pet Gardens Cemetery in Bethlehem, Georgia on Sept. 14. The department will hold a procession from the GCPD Training Center off Winder Highway in Lawrenceville starting at 8:30 a.m.

The department said Blue was very sociable, which is why he was specifically selected and trained to "meet the needs and mission capabilities of a SWAT canine, which are unique from traditional patrol canines."

"The police department would like to thank the countless members of the public who have reached out with their condolences for SWAT K9 Blue over the past few days," Flynn said.