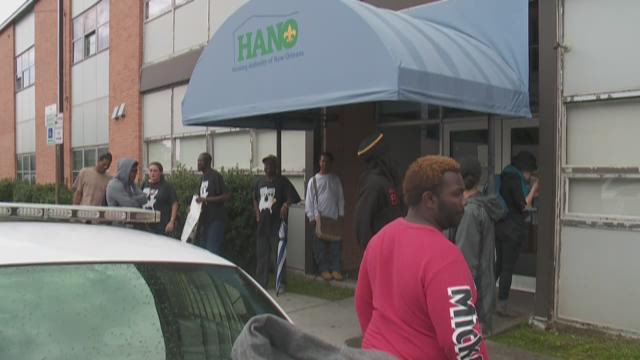 NEW ORLEANS -- Tuesday The Housing Authority of New Orleans approved a new policy that will pave the way for ex-offenders to get a home of their own.

For Cosmo Russell, the new policy voted in by the New Orleans Housing Authority means he may be able to give his son a home.

"When he comes home, he needs somewhere to live and I am his father and his loved one so therefore he should be with his father," said Russell in front of the Housing Authority board.

His son spent two-and-a-half years in prison and because of a HANO policy that blocked convicted felons from receiving public housing, Russell legally could not not live with him.

"It's bigger than just my family, they have other people that need to reunite with their families that are just as bad off as me," he said.

From robbery to homicide, the new policy will review each applicant's criminal history on an individual bases. This will cover both public housing and Section 8 housing.

The only crimes automatically rejected will be registered sex offenders and those convicted of manufacturing methamphetamine's.

"I live wherever night catches me," explained Raynell Navarre, an ex-offender who is currently homeless. "Most of the time you'll find me right here under the Claiborne overpass."

After Tuesday, that may change for Navarre who has spent 6 years homeless after serving 15 years in prison. He didn't want to reveal his crime.

"Because you made a mistake one time in life that it's going to always be bad," said Navarre. "We are trying to find somewhere to go and live."

The policy change also made it so that third-party housing developers must adhere to the same set of rules.