Zaila is the first African American winner and only the second Black champion in the bee's nearly 100-year history. 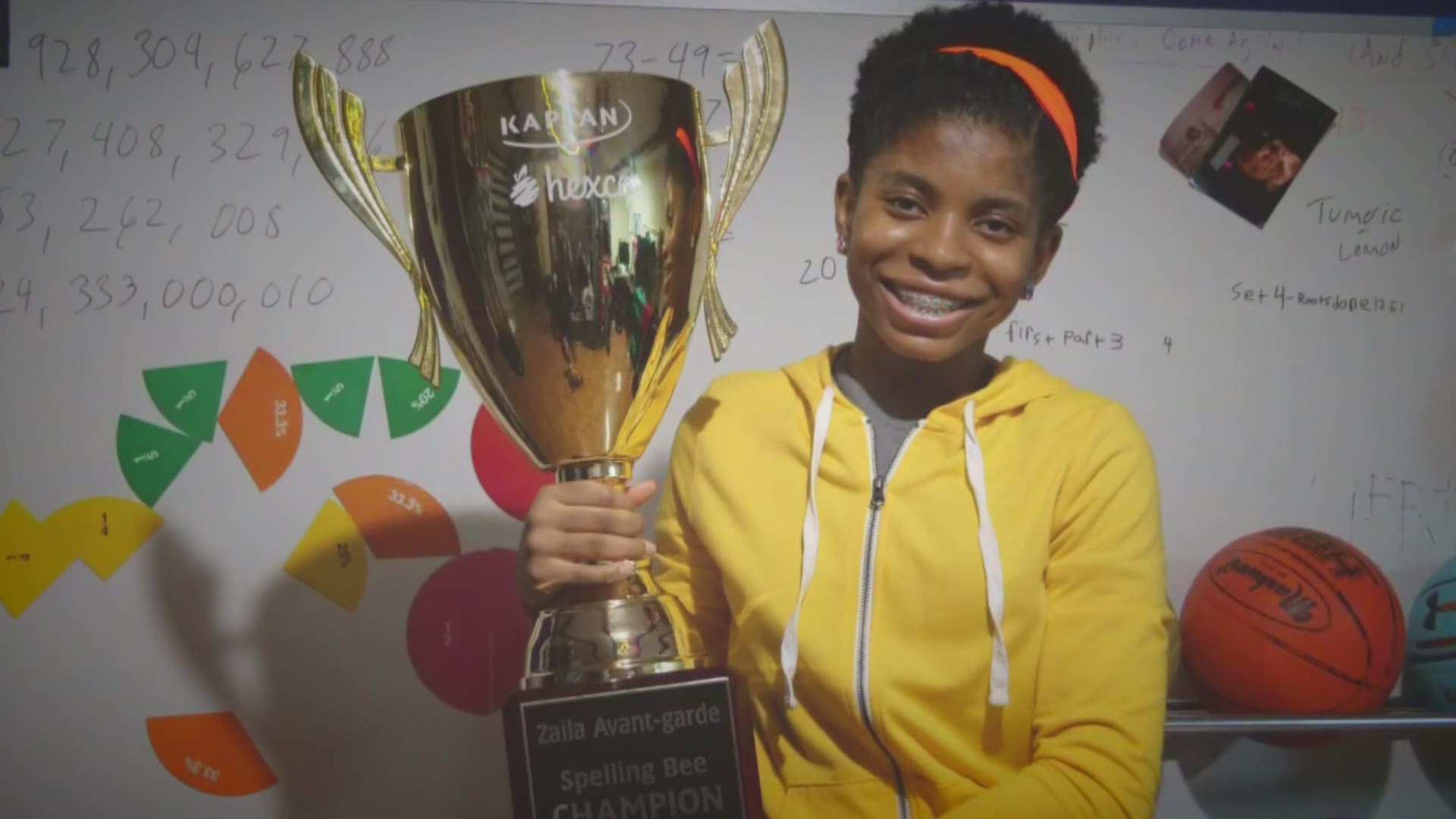 NEW ORLEANS — How do you spell Zaila Avante-Garde?

Avant-garde correctly spelled the word “murraya" for the win. Murraya is "a genus of tropical Asiatic and Australian tree."

She said winning the competition is a dream come true.

“I’ve been working towards that goal for like two years,” Avant-garde said. “To finally have it, it’s like the best possible outcome.”

Zaila is the first African American winner and only the second Black champion in the bee's nearly 100-year history.

“It’s not too surprising or anything, but it’s still kind of sad and stuff for there not to be any African American, but it feels good,” she said.

Zaila’s journey to the championship began when she participated in and won the local spelling bee competition hosted by the New Orleans chapter of the Links Incorporated.

The Links is one of the oldest and largest women’s volunteer service organizations in the country.

“I would say last night, I was screaming in the house and my family was like what are you doing,” Links immediate Past President Vonda Flentroy-Rice said. “I am so excited for Zaila.”

Flentroy-Rice proctored Zaila during the quarter and semifinal rounds of the spelling bee.

“This is something positive for our community and I love how it has taken off and everybody knows the name Zaila Avant-Garde,” Flentroy-Rice said.

Spelling isn’t the only place where Zaila's got game. The home-schooled 8th grader is a basketball prodigy who hopes to play some day in the WNBA.

“Generally, now I’m feeling really great, and I plan on having lots of fun,” she said.

As spelling champion, Zaila will receive a $50,000 cash prize, a commemorative medal, and the Scripps Cup, the official championship trophy of the national spelling bee.