Six shootings reported within 12 hours in New Orleans, including two on the same street

The NOPD is investigating a homicide that occurred Tuesday in the 700 block of Lamarque Street. 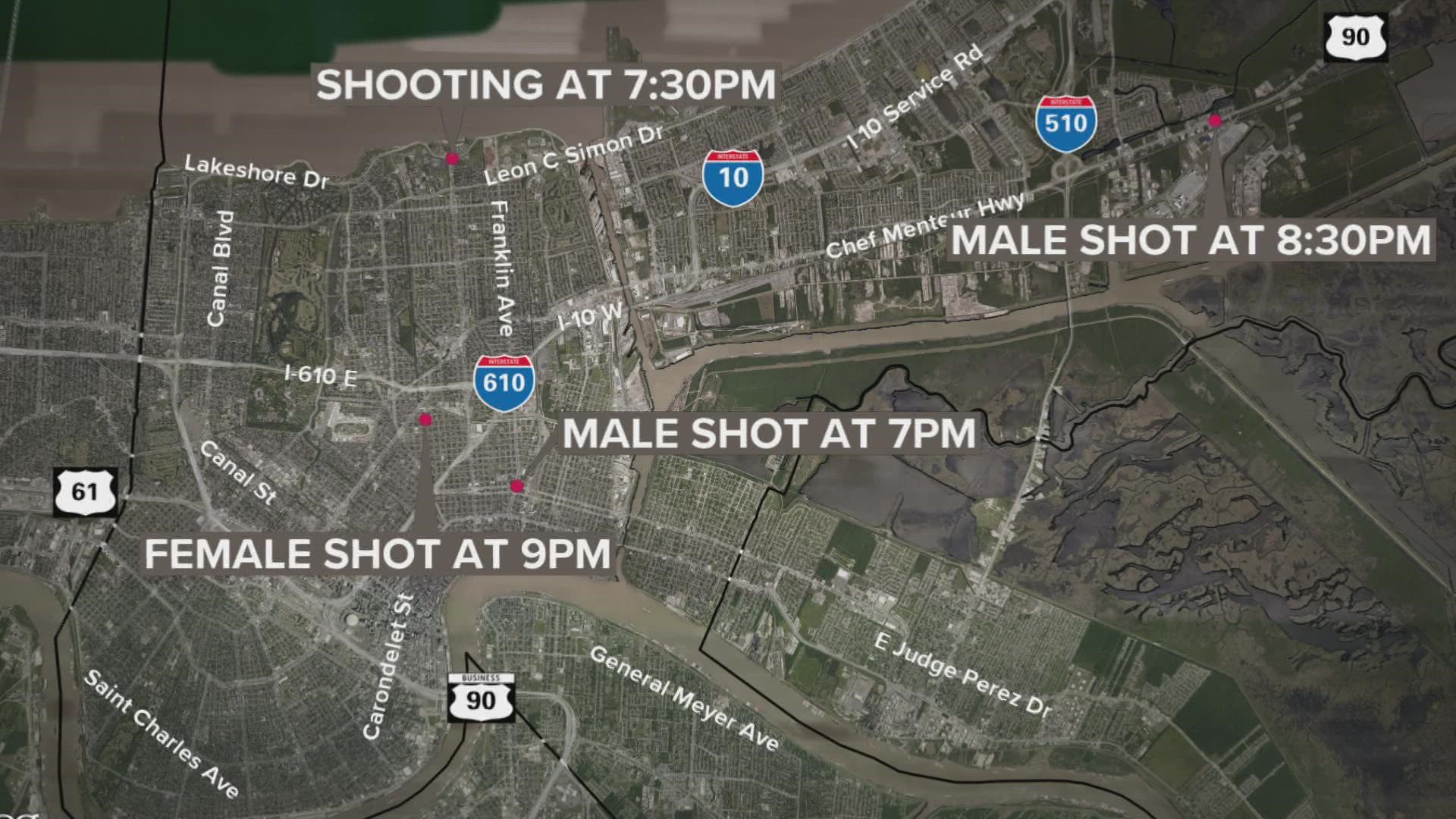 At around 10:11 p.m., the NOPD Fourth District officers were notified of an aggravated battery by shooting incident after a 33-year-old male victim showed up at a local hospital suffering with multiple gunshot wounds. Shortly after, the victim was pronounced dead.  It happened in the 700 block of Lamarque Street on the Westbank.   Investigators say they are in the process of gathering evidence and information to identify the person(s) responsible for this incident, as well as a motive.  The Orleans Parish Coroner’s Office will identify the victim and official cause of death upon completion of autopsy and notification of family.

Just before 3:00 a.m. this morning, another male shooting victim arrived at the hospital.  Police say he was also shot on Lamarque street; this time near the intersection with Nunez Street. It's unclear what the extent of his injuries are.

These two shootings are among several reported in the city of New Orleans since last night.

Police received a call at 7:19 p.m. on Tuesday about a 10-year-old boy suffering from gunshot wounds following an incident in the 2600 block of N. Claiborne Avenue.

At 7:29 p.m. another shooting victim arrived at the hospital with a gunshot wound following an incident in the 5000 block of Lakeshore Drive.

At 8:21 p.m., officers alerted us to an investigation happening in the 14700 block of Chef Menteur Highway regarding a male victim with a gunshot wound to the lower extremities.

Another shooting was reported at 9:01 p.m. regarding a 15-year-old girl with a gunshot wound to the leg following an incident in the 2700 block of New Orleans Street.

The extent of injuries are not known at this time.

HAPPENING TODAY: Severe risk Wednesday ahead of a big cool-down