How to protect your children from sex offenders on Halloween

There are state laws to help protect children from registered sex offenders during Halloween, but parents may not know the best safety tool is right on your smart phones. 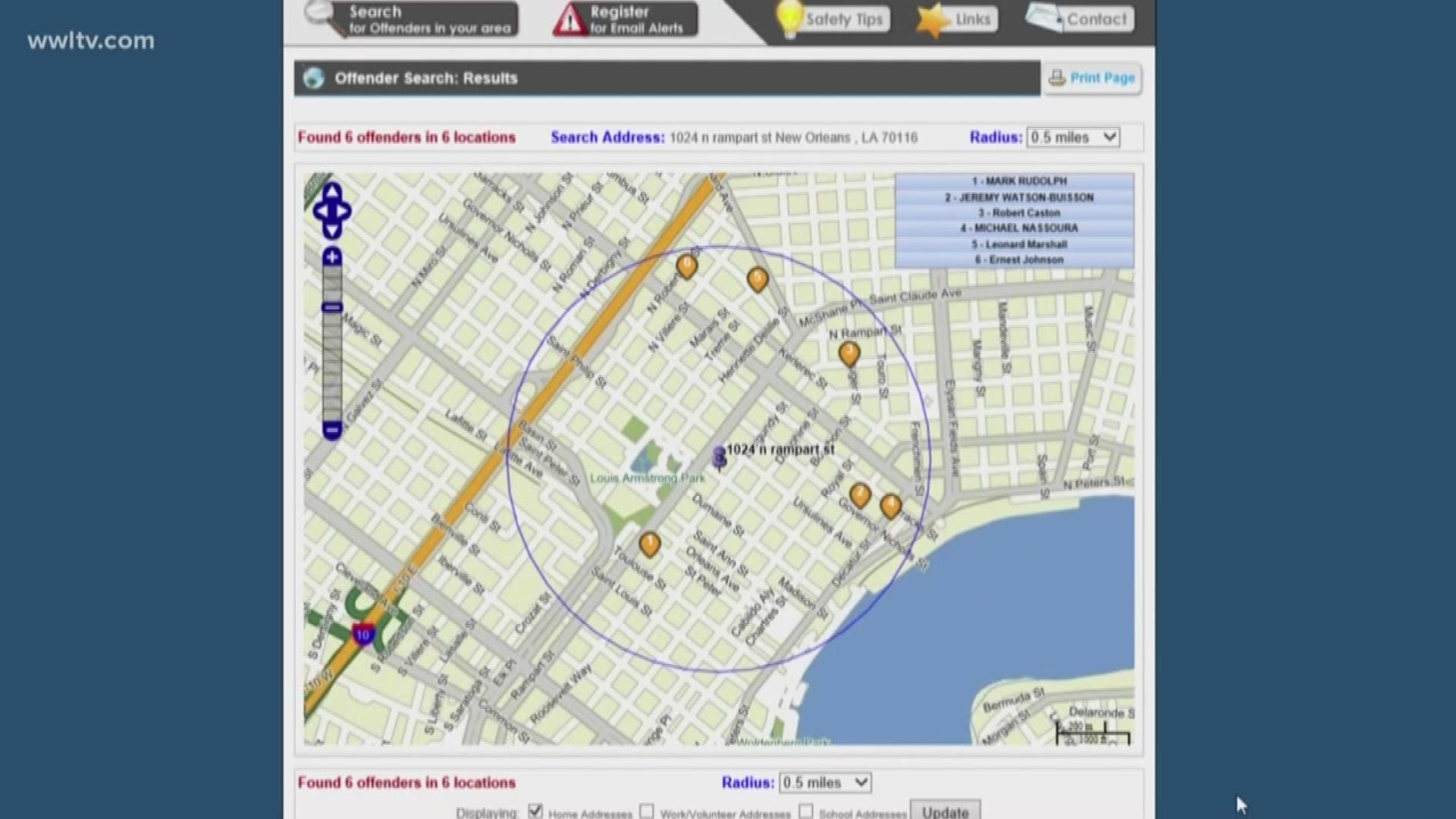 If you plan to go trick-or-treating next week, police want to make sure your children don't end up at the wrong house.

There are state laws to help protect children from registered sex offenders during Halloween, but parents may not know the best safety tool is right on your smart phones.

"That's crazy not to have known that somebody lived down the street like that," said a St. Bernard mother of three, as she looked at the registered sex offender site on her smart phone.

The young St. Bernard Parish couple had no idea a registered sex offender lives just a couple of houses away. And they were unaware of the Louisiana State Police website listing names, addresses, pictures, and convictions.

Louisiana laws state that on Halloween, sex offenders can not wear a mask or disguise, give out candy, have outside decorations or keep the porch lights on.

With Halloween approaching, Louisiana State Police remind families of the online resource for every neighborhood in the state.

Now the parents of three plan to sign up to get the latest updates via e-mail alert.

"Just the safety for them you know. Some kids don't come back from that, you know, and it's kind of sad," said the St. Bernard father, who says he never lets his little children out of his arm's reach.

Their friends and next door neighbors are aware of the sex offender on the block and say there have been no problems so far.

"As long as they're doing everything proper, they served their time, then I have no problem with them. If they start messing up then, there's a problem," said Benjamin Ketchum.

His wife agrees, but her maternal instinct is starting to kick in.Their first child, a little boy, is due to arrive on Christmas Day.

"By me having a new born, I'm kind of scared of what if someone does knock on his door and it's a kid, and he doesn't tell them that he's an offender, then it kind of makes me feel kind of on edge," said Tashika Ketchum.

The laws and website are all extra precautions to make sure Halloween is not a truly frightening event for parents of little ones.

Many police departments make compliance checks year round to make sure sex offenders are registering and following the laws during Halloween.

To look up registered sex offenders in your area, click here.