Members of the school’s Black Students Matter group joined with others to push for the Uptown school to change its name, many with signs and face masks. 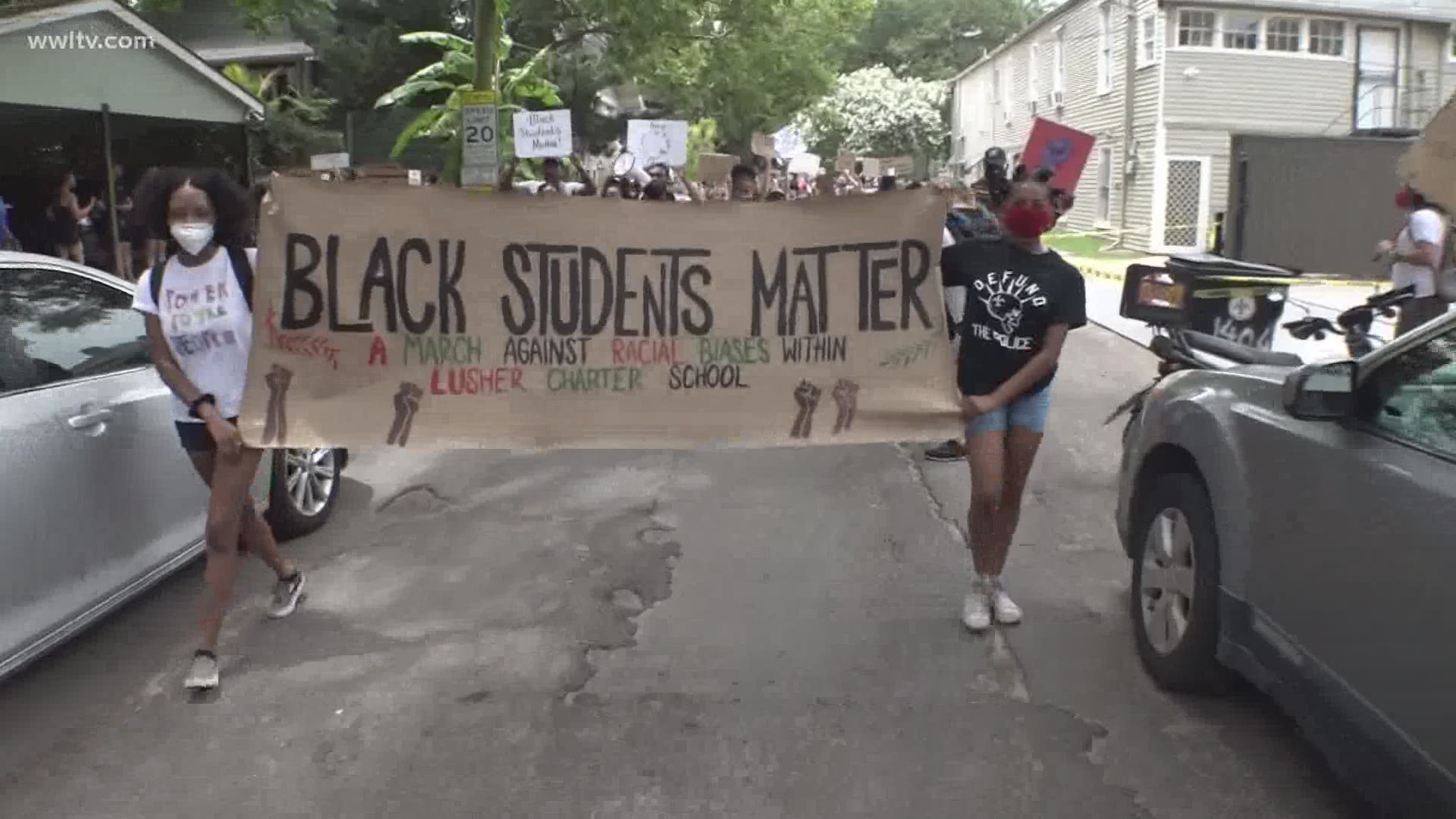 Lusher grad Jillian Terrie said she wanted the class of 2020 to be the last class at her school with Lusher on their diplomas, but it was more than just removing the name of a racist man from the school buildings.

The Confederate who died in 1890, Lusher, was a teacher in New Orleans who became a member of the public school Board of Directors and he advocated to keep white students and Black students in separate schools.

Protesters, including Lusher grad Kaleb Melson, said it's time his name was removed.

"It's a good school, but it does need to change for Black students because I feel likey they need their voices heard more."

Reports said there were more than 500 people at the demonstration, chanting Black students matter.

The demonstration comes after calls for social justice and racial equality have developed across America, following the death of George Floyd in the custody of Minneapolis Police officers

Members of the school’s Black Students Matter group joined with others to push for the Uptown school to change its name, many with signs and face masks.

School officials said they have begun the process of looking into changing the school name with the school’s board members and NOLA Public Schools.