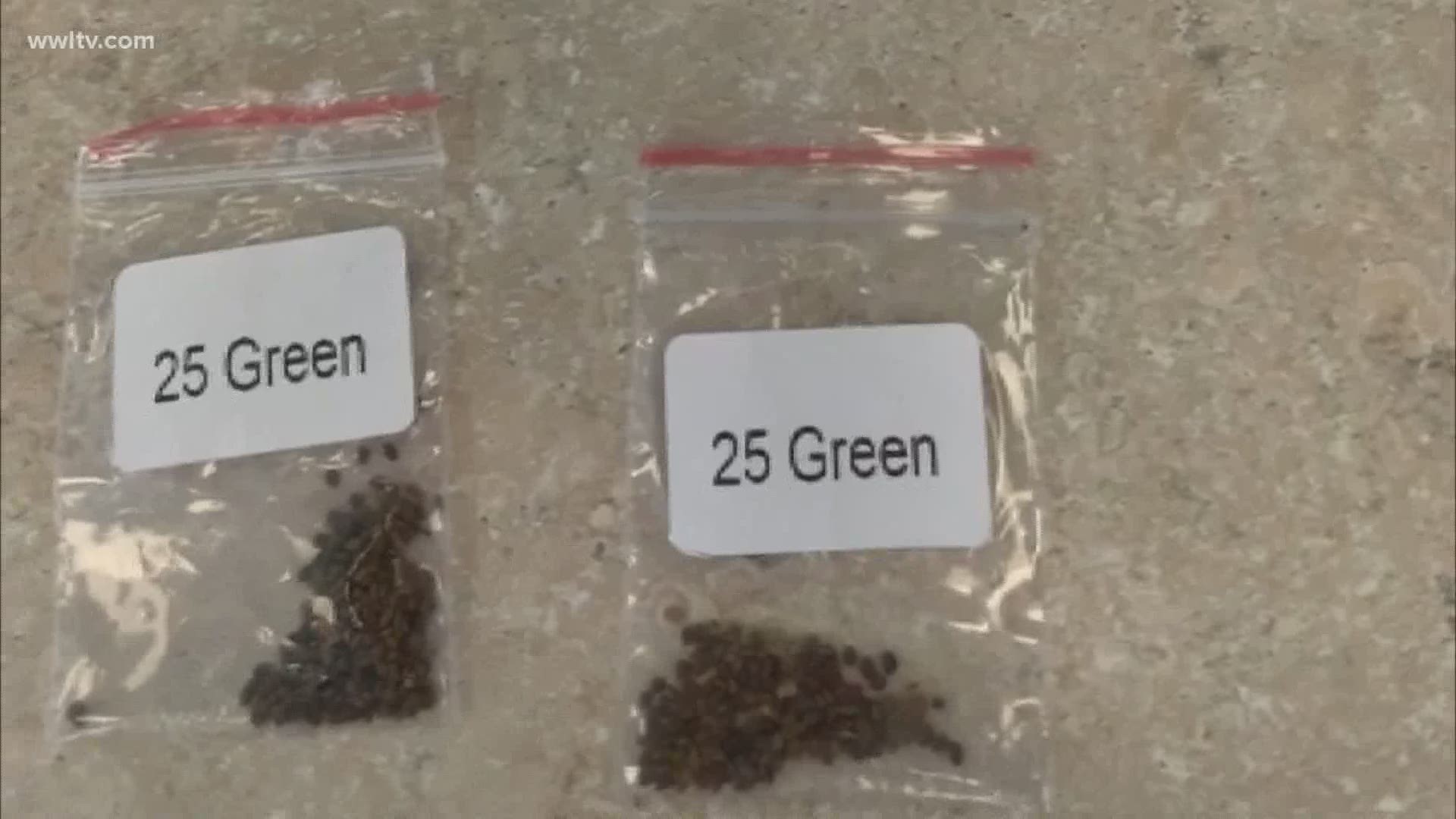 NEW ORLEANS — It's a mystery that keeps getting more mysterious.

Packages of mystery seeds showing up at peoples' homes are now being investigated by agencies at the state and federal levels and people who are getting these seeds just don't know what to make of them.

"They don't look like any seeds I recognize," said Kori Reine.

"Well yesterday when I went to get my mail in the mailbox, I kind of shuffled through all the junk and I saw this light blue packet," said Karen St. Germaine.

"So when I opened the package it was seeds and I was like I don't know what this is," said Rhonda Ryan.

Shipments of seeds are showing up in peoples' mailboxes without rhyme or reason and people in and around New Orleans are confused.

"No, never did I expect out of all the people in the United States, that I would get something like this," Ryan said.

"I looked up the tracking number, and something I found weird was it was run through China Post," Reine said. "I couldn't find it through USPS, FedEx, UPS, and it says it was shipped out in January.

RELATED: You might get an unsolicited package of seeds from China, but don't open it. Here's why

More than 300 people have now reported getting these mailings in Louisiana.

The Department of Agriculture and Forestry tells Eyewitness News the USDA will stop by their office to pick up some of the seeds Thursday. However, as of now, it's unclear why these deliveries are being made.

"I looked at the return address and all it said was 'Custom Declaration,'" St. Germaine said. "Not from whom or not from where."

And as officials look for answers, those who've gotten the packages are doing the same. Hopeful some clue will surface in this bizarre situation.

"It's actually labeled as earrings and I have not ordered earrings from China," Reine said.

"I'm glad I'm not the only one targeted, it does make me feel better," Ryan said. "But I don't know what to think of it anymore."

The Louisiana Department of Agriculture and Forestry says they're overwhelmed with calls about the seeds right now, but they still want to hear from you if you received some. They say you should keep the unopened package and give them a call.

You can also e-mail them at seed@ldaf.state.la.us.