'I didn't think we were going to make it'

Shrimp boat captains talk about riding out Tuesday's monster weather on the water. 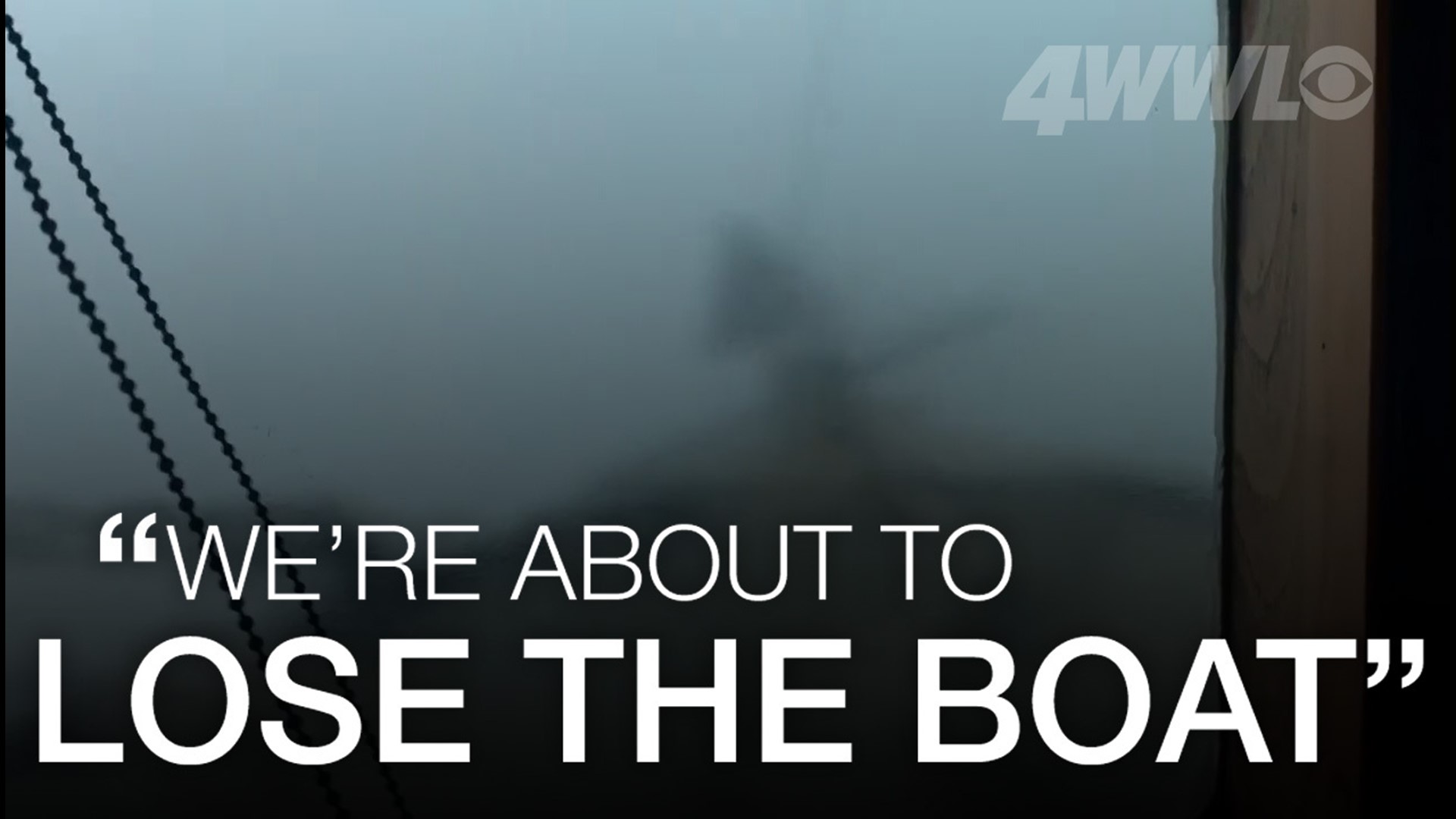 PORT FOURCHON, La. — Search and rescue is still underway for 12 people who were on a boat that capsized eight miles off Port Fourchon Tuesday afternoon. Many others who were out on the Gulf Tuesday did not think they would survive.

"We're leaning hard, it ain't looking good," you can hear Aaron Callais say in a video he shot on his cell phone. "Y'all get y'all's life jackets on."

The video was taken at 4 p.m. Tuesday while he was on his shrimp boat.

"Back to back we started getting hit with water spout and water spout," he said.

Callais was 10 to 15 miles off the coast from Grand Isle Tuesday afternoon when the storm began rolling in. While he anticipated some weather, he had no idea what was coming.

"We're about to lose the boat. I think we're going to roll," he said in the video while on the phone with his dad.

"I didn't think we were going to make it out," he said Wednesday while assessing the damage to his boat. While he's experienced countless hurricanes, he's never feared for his life like this.

"The first time we ever put a life jacket on," he said.

Over the radio in the video, you can hear fellow shrimp boat captains, Jeremy Linder and Robert Woodruff, who were also out in the water .

"Laid me over on my side real hard, hit us like a brick wall," Woodruff said. "I called my wife and told her I didn’t think we were going to make it," Linder said.

While reports show wind gusts were likely 80 to 90 miles per hour, they doubt that, suggesting it was much stronger.

"We're 200 mile an hour winds right here, I don’t know what we're going to do," Callais said in the video. In the video you hear Callais call his dad who owns the boat.

"I love you mom, I need you to put dad on the phone," he said in the video. He fought the storm for at least an hour, he said.

"The pressure was just unreal," Callais said. "What really scared me was hearing all the mayday calls on the radio and I was like oh man, boys you better get your life jackets," Woodruff said.

Callais made it back Tuesday night when he learned a boat close by capsized and several people were missing, something he feared for himself.

"My first born child is going to be born any day now and I didn’t think I'd see my first born child," he said. All three of their shrimp boats were damaged, but they recognize in this case, they're the lucky ones.

"Out of all the hurricanes and fronts we go through, nothing like that," Callais said.

RELATED: What is a Liftboat and what could cause it to capsize?