"...To see something that treats it so quickly and painlessly for the clients is something really inspiring,” said Vincent. 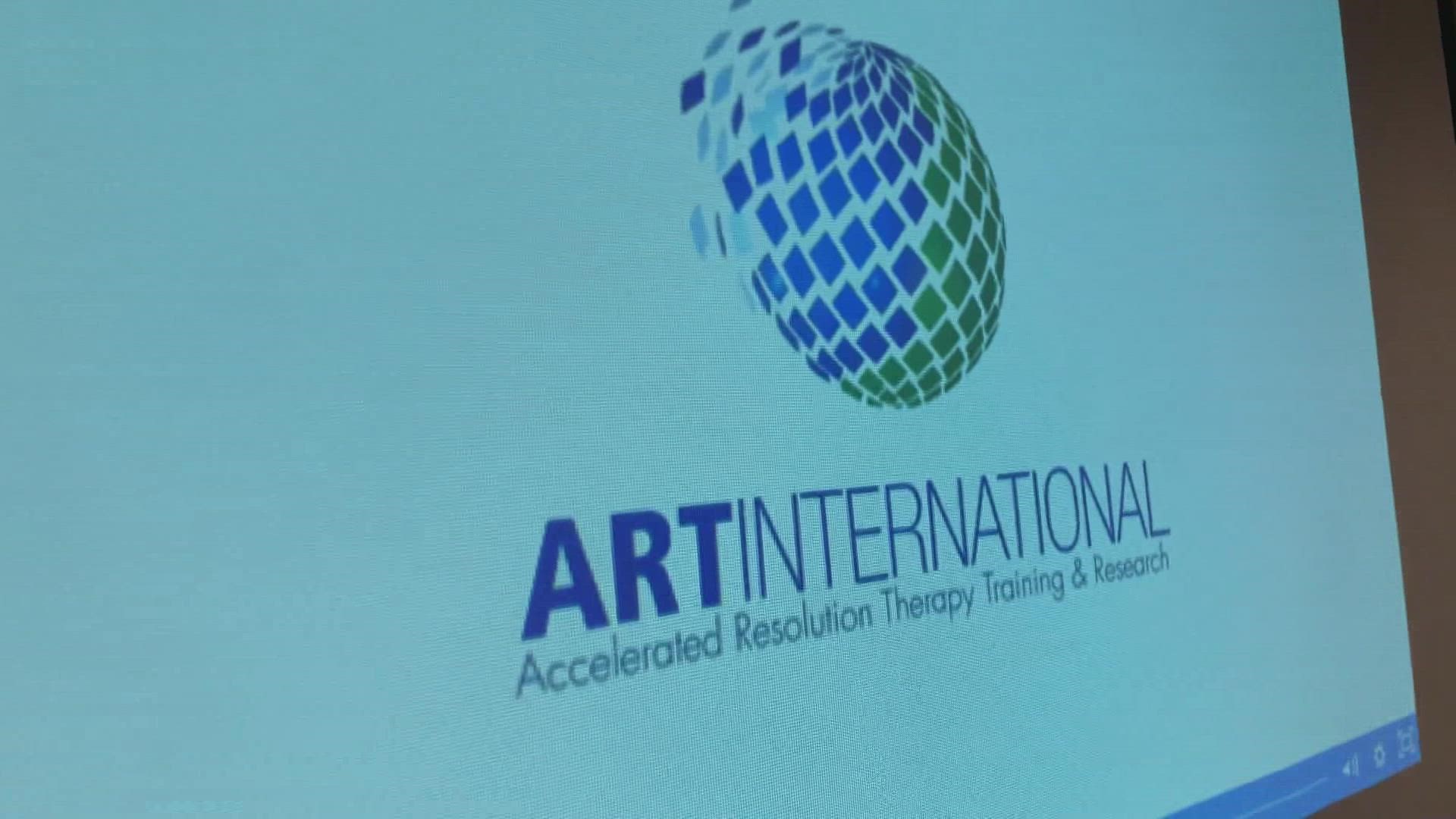 NEW ORLEANS — Inside a conference room at the Courtyard Hotel Sunday --- therapists are learning about a type of psychotherapy called Accelerated Resolution Therapy or ART.

“It incorporates bilateral eye movements and the person's ability to voluntarily recall images relating to trauma,” said Holly Christensen, a licensed clinical social worker who is teaching the class.

Christensen says using relaxing eye movements and a technique called voluntary memory/image replacement, people can change the way in which negative images are stored in the brain.

“People are then able to process the sensations that get stuck in the body, they process those out and then we are able to put a different picture, a less threatening picture and our body does not respond in the same way,” said Christensen.

“They hypothesize that it has a lot to do with the eye moments that happen in your sleep during the REM cycle and that when you are sleeping your brain is already trying to almost replace and get rid of those painful memories and so we are just doing this in an altered conscious state,” said Melanie Vincent, a social worker who traveled from Utah to take the training.

While the facts of the difficult life experiences remain the same, we are told it no longer triggers the strong emotions or physical reactions that come with trauma.

“I’ve worked a lot with trauma, different protocols and different therapies but to see something that treats it so quickly and painlessly for the clients is something really inspiring,” said Vincent.

People do not have to talk about their experiences with the therapist in order to recover. Vincent says the process could be a game-changer for her clients.

“This allows a different process for clients to be able to not have to relive those experiences but get through them in a healthier way,” said Vincent.

Christensen says she understands why some might be skeptical but says the therapy does work for most people.

“What would you say to those people who say ‘oh that would never work for me’, asked WWLTV’s Paul Dudley. “I’d say give it a try, sceptics become believers after just a couple passes of the eye moment,” said Christensen.