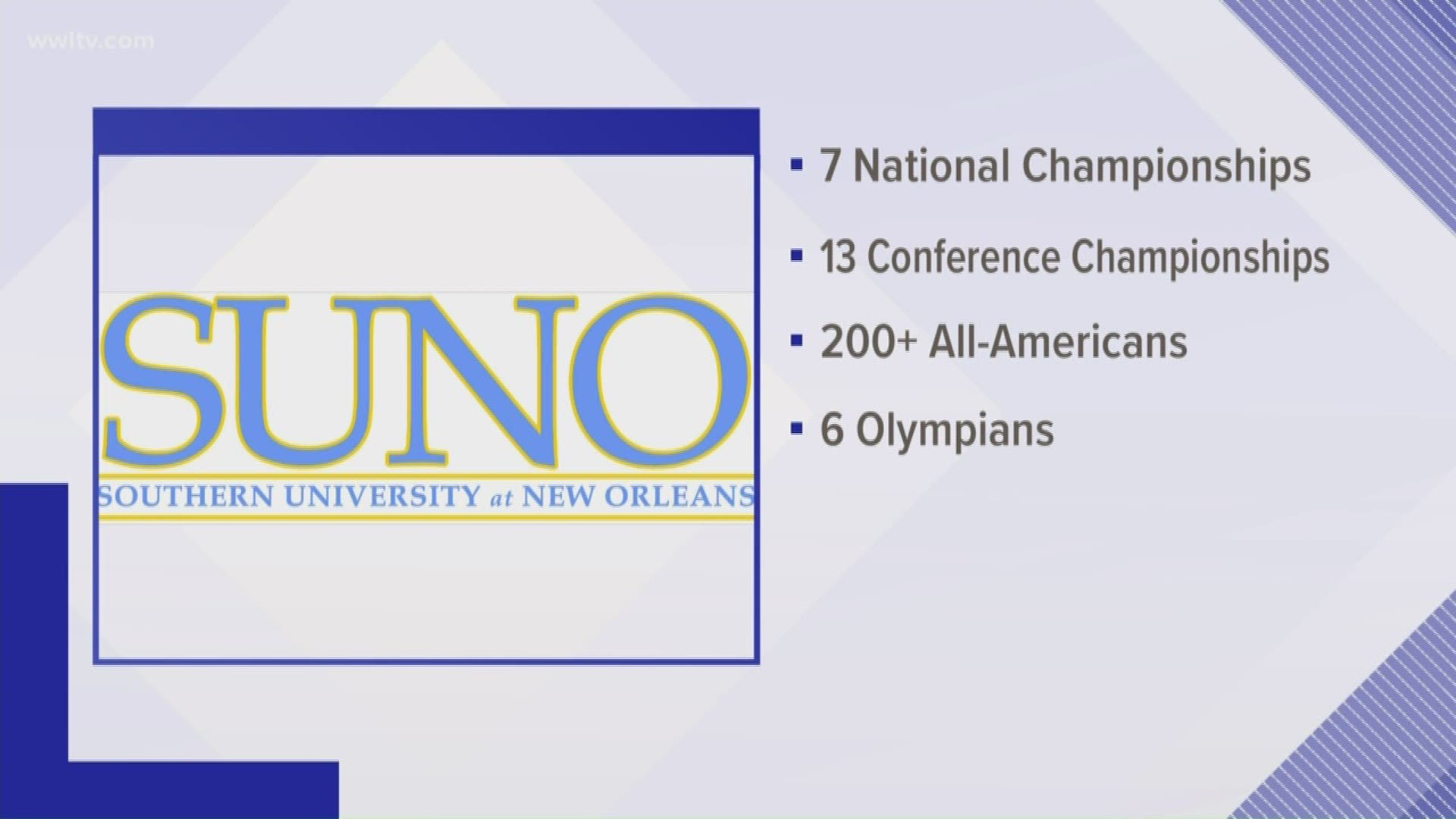 NEW ORLEANS — Southern University at New Orleans will "suspend all intercollegiate programs for an unspecified period," an internal message sent to faculty and staff said Monday.

Financial stability is one of the requirements the university needs to be accredited, and SUNO has a March 2020 deadline to comply with that and other requirements from the Southern Association of Colleges and Schools Commission on Colleges.

The athletics programs caused significant budget shortfalls, and to be financially stable and sustainable the university had to take the necessary action Ammons said.

In the message, SUNO Interim Chancellor Dr. James H. Ammons said he made the decision after thoroughly analyzing budgetary restraints and discussing it with "key stakeholders."

In August, SUNO furloughed some employees because of financial issues, The Times-Picayune | The New Orleans Advocate reported. The university faced years of reduced enrollment and state budget cuts.

The university's athletic programs will stop after the last athletic event of the 2019-2020 academic year, the interim chancellor said.

Ammons told SUNO faculty and staff members that he understood how important the athletic programs are to the SUNO community.

"These programs earned national championships, produced All-American student-athletes and Coaches of the Year, and attracted a diverse group of scholar-athletes," Ammons said in the message. "That's why this decision was not an easy one."