'This is an outrage': Mother of autistic man angry Texas still slow to suspend bad caretakers

It took nearly a year for the state officials to stop a caretaker who waited hours to call 911 for an autistic man stabbed 85 times with a screwdriver. 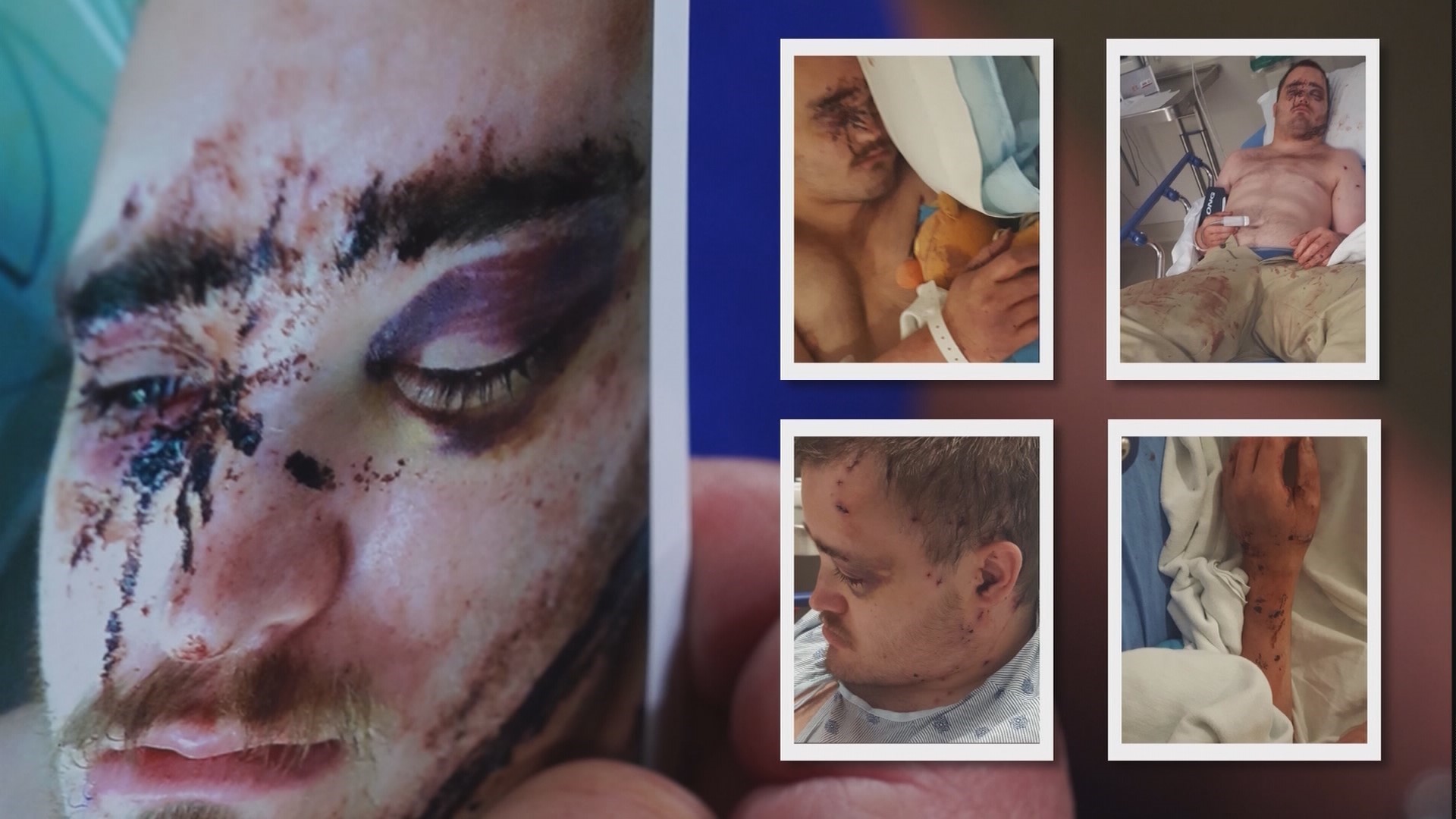 DALLAS — Paul Taylor has the mind of a two-year-old child.

He lives in a group home with people like him. He’s in a good place, but last year, he ended up in a hospital.

A year ago, WFAA reported Taylor was stabbed nearly 100 times with a screwdriver at a Dallas adult care home.

Eight months after Taylor was stabbed, an Adult Protective Services investigation found his caretaker, Rufus Hardy, “neglected” him, according to a copy of the report WFAA obtained.

RELATED: He was stabbed 85 times with a screwdriver, now questions raised over safety of disabled.

His attacker, Gary Goodman, was one of his mentally disabled roommates.

Yet, even after that finding, Hardy was allowed to keep caring for the disabled.

How? A WFAA investigation revealed that current law allows a caretaker to still care for the disabled while appealing an abuse or neglect finding. State regulators do not have the authority to suspend the caretaker during that appeals process.

In addition, our investigation showed how a system designed to protect medical privacy instead put the disabled in danger. Paul’s mother Susan Taylor had no idea — and no legal right to know — that her son’s accused attacker had a documented history of violence.

“I can’t make an informed decision if I don’t have all the facts,” Susan Taylor said.

In the summer of 2018, Paul Taylor and Goodman were living together in southern Dallas in what is called a “host home,” which is like adult foster care. It’s funded through Medicaid and designed to get disabled people out of institutions and integrate them into the community, with appropriate supervision.

An individual agrees to care for the disabled in their private home. Companies called “providers” placed disabled people in the homes. Sometimes, homes end up with people placed by different providers. The providers can’t share client information with each other because of medical privacy laws.

Paul Taylor and Goodman were placed in the home they were living in on Appaloosa Drive by separate providers. The company that placed Taylor did not know Goodman was a violent paranoid schizophrenic.

The person running the home told WFAA he did not know about Goodman’s violent history.

“The individual has a right to pick and choose the individuals he lives with,” owner Cindy Berry said. “How can he do that if he doesn't know anything about them?”

State officials said they have no way of knowing how often multiple companies are placing clients into a host home. They do not track it.

A state health department spokeswoman acknowledged the practice could be stopped with a change in the rules.

Following WFAA's investigation, the Texas Health and Human Services announced they are developing a workgroup to look at host homes and other similar Home and Community-based Services (HCS) programs serving intellectually disabled people.

“This workgroup will examine how to strengthen health and safety protections for individuals in the HCS program while also protecting the confidentiality of their health care and other information in accordance with applicable law,” spokeswoman Kelli Weldon said. “The group will include HCS program providers and advocates for people in the HCS program who will review relevant laws, rules, and practices and provide recommendations to HHSC.

The group, however, is expected to take up to 20 months to finish their work.

‘I saw a lot of blood everywhere’

When Susan Taylor moved Paul into the Appaloosa Drive home in Dallas last summer, Goodman was already living there.

While living at other homes, police records show that Goodman had been repeatedly taken by police to psychiatric hospitals in the prior three years. Susan Taylor knew none of that.

On the night of July 7, 2018, Goodman attacked Paul Taylor with a screwdriver. No one knew of the incident for hours — not until Taylor walked into the kitchen about 7 a.m. the next morning.

Hardy told state investigators that he arrived at the home about 9 a.m. July 8, and “immediately called 911 because I saw a lot of blood everywhere.”

But 911 records tell a different story. They show Hardy called 911 at 11:04 a.m., four hours after Taylor was first discovered.

The state’s investigation said Hardy’s actions placed Taylor at risk of “internal injuries to vital organs, hearing loss and additional harm.” The state also found that Hardy left Taylor and Goodman “in the care of an untrained caregiver.”

In March, state investigators concluded that Hardy’s actions rose to the level of “reportable conduct,” which should bar him from working with people like Paul.

Yet, even then, Hardy was allowed to keep working with the disabled.

No way to suspend

That’s because there is no process to temporarily suspend a caregiver pending the outcome of an investigation and appeal, even when there’s an initial finding of wrongdoing.

A caretaker like Hardy isn’t place in state’s Employee Misconduct Registry – which bars caregivers from taking care of the disabled -- until the conclusion of the appeals process. That can take years.

It wasn’t until June of this year — 11 months after Paul Taylor was attacked — that Hardy was finally placed on that registry, meaning he is barred from caring for the disabled.

“I feel I did everything possible to keep each client safe,” he told state investigators.

“He did everything he could except what he was paid by the state to do which is take care of my son,” Susan Taylor told WFAA.

“The fact that there's no legal or statutory authorization for there to be a suspension just shocks my conscious,” said Leach, who filed a bill last session that would have given regulators new authority to suspend caretakers.

It didn’t pass. He plans to try again when the legislature next meets.

“It's an outrage that it happened... that nothing has been done to change it,” Susan Taylor told WFAA.

It took more than three months for most of Paul Taylor’s wounds to heal. Cindy Berry said that since Taylor moved into one of her company’s homes last October, he’s improved greatly.

“All of the gentleman who he lives with are just like him,” Berry said. “There's no one in that home that he should be afraid of.”

Taylor still bears the physical scars of a broken system that puts people like him in danger.

“I’m asking the state to make this right not just for Paul, but for all these other individuals,” Susan Taylor said.

Have a tip for WFAA Investigates? Email investigates@wfaa.com.