Amnesty International USA released a statement Wednesday supporting the resolution the council passed Jan. 11, which passed 5-0 and called for a process to review city contracts and investments to make sure none of them go to violators of human, civil and labor rights around the world. 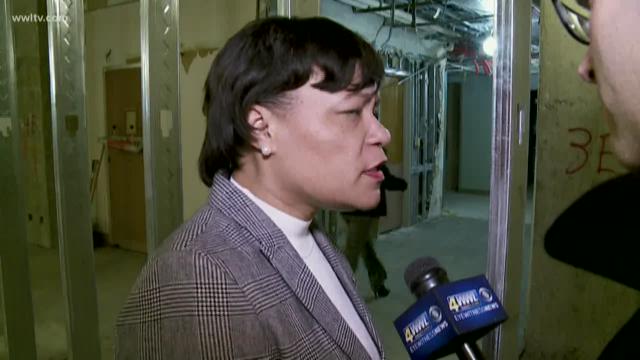 Amnesty International USA released a statement Wednesday supporting the resolution the council passed Jan. 11, which passed 5-0 and called for a process to review city contracts and investments to make sure none of them go to violators of human, civil and labor rights around the world.

The council is now scheduled to reconsider the resolution at Thursday’s meeting because a number of members learned after the Jan. 11 vote that the resolution was “in accordance with the Boycott, Divestment and Sanctions movement, or BDS,” a group that wants to punish Israel financially for its 50-year occupation of the West Bank, Palestinian territory it gained from Jordan while defending itself from a simultaneous attack in 1967 by six neighboring Arab countries.

The Jan. 11 resolution was authored by the New Orleans Palestinian Solidarity Committee, which spoke in favor of it before it was adopted by the council and then claimed a major victory for the BDS movement in several international news articles, touting New Orleans as the first Southern U.S. city to take a stand against Israel. But the council members who supported the resolution, including Council President Jason Williams and Mayor-elect LaToya Cantrell, the chief sponsor of the resolution, later said they hadn’t intended any position against Israel and had not been aware of the role BDS had played. They and other council members said they wanted the resolution to be rescinded.

Max Geller, an organizer for the New Orleans Palestinian Solidarity Committee, said several groups plan to speak out at Thursday’s meeting against any reconsideration of the resolution, which uses generic language and makes no mention of Israel or Palestine.

Adotei Akwei, Amnesty International USA’s deputy director for advocacy and governmental relations, focused on that neutral language in a statement issued from the well-known NGO’s U.S. headquarters in Washington.

“The human rights resolution passed by the City of New Orleans on January 11, 2018, is a positive step for the city in guaranteeing that public funds are not used to support or facilitate the suffering of others through violations of not only the city’s values, but also of international human rights and humanitarian law,” said the statement, also signed by Cyuan Lutzenberger, Amnesty International’s legislative coordinator for Louisiana.

The statement is below: